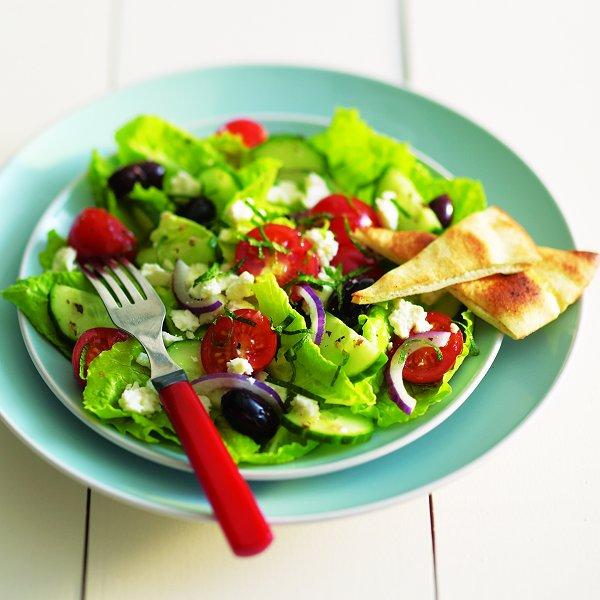 A handful of fresh mint perks up this traditional salad loaded with lots of tomatoes, cucumber and tangy feta. Tote it to your next potluck – it’s good for feeding a crowd.

All feta is not created equal. There are many kinds, each with different flavours and textures. Look for these at the grocery store and cheese shop.

* Canadian Usually made from pasteurized cow’s milk. It has a firm texture and mild flavour. Canadian goat feta is creamier and has more flavour.

* Greek Traditionally made from sheep’s milk, which produces a stronger and creamier flavour. It’s sometimes mixed with goat’s milk.

* Bulgarian Less salty than traditional Greek feta, but still very creamy in both taste and texture.

16 Delicious Ways To Use A Package Of Ground Beef