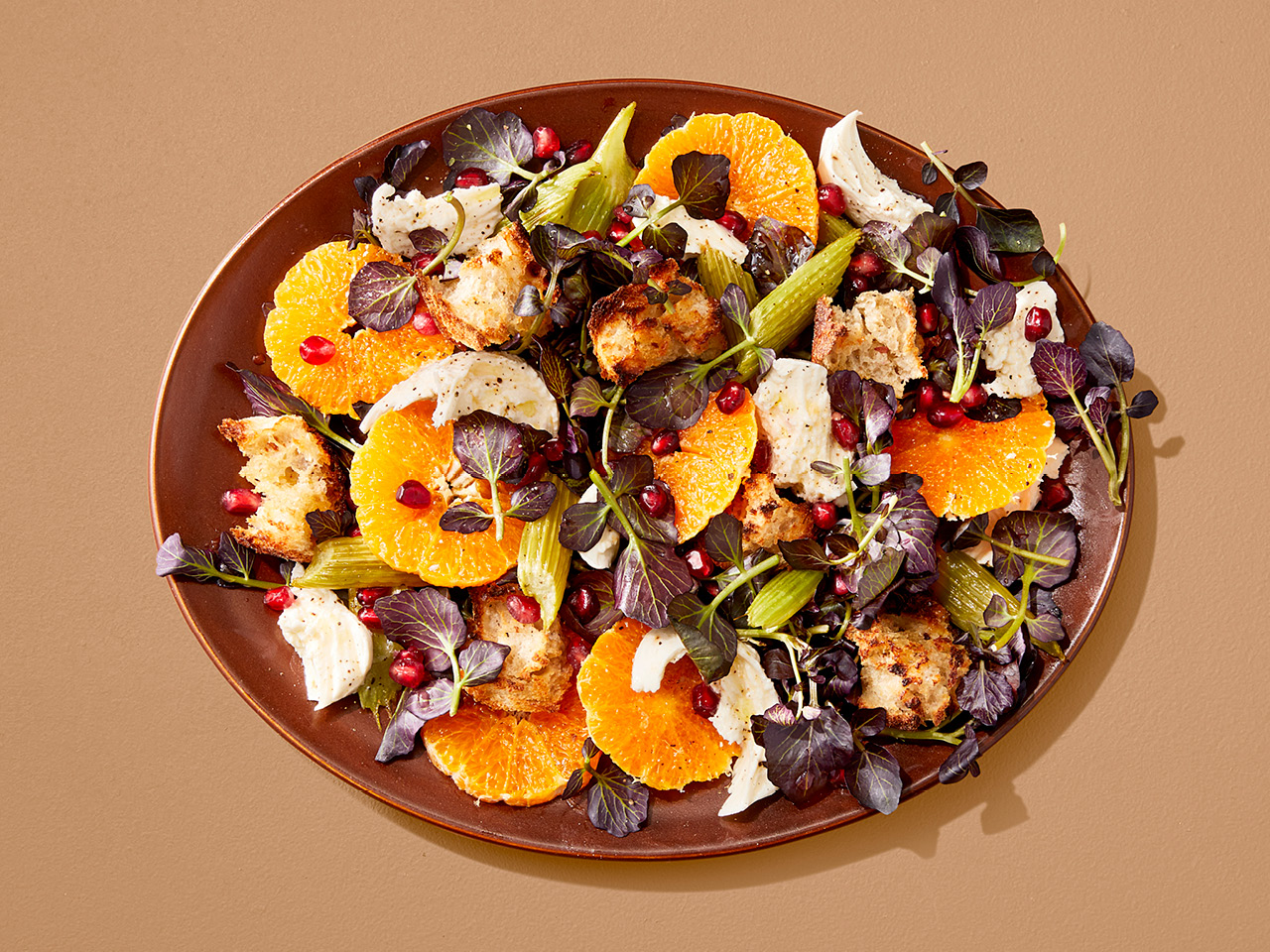 This sweet and creamy chopped salad is dressed up with a honey vinaigrette.

Make this recipe vegan by substituting a plant-based fresh-mozzarella-style cheese for the mozzarella.