The royal family has every right to mourn the Queen’s loss. At the same time, Indigenous peoples on these lands also have a lot to mourn. 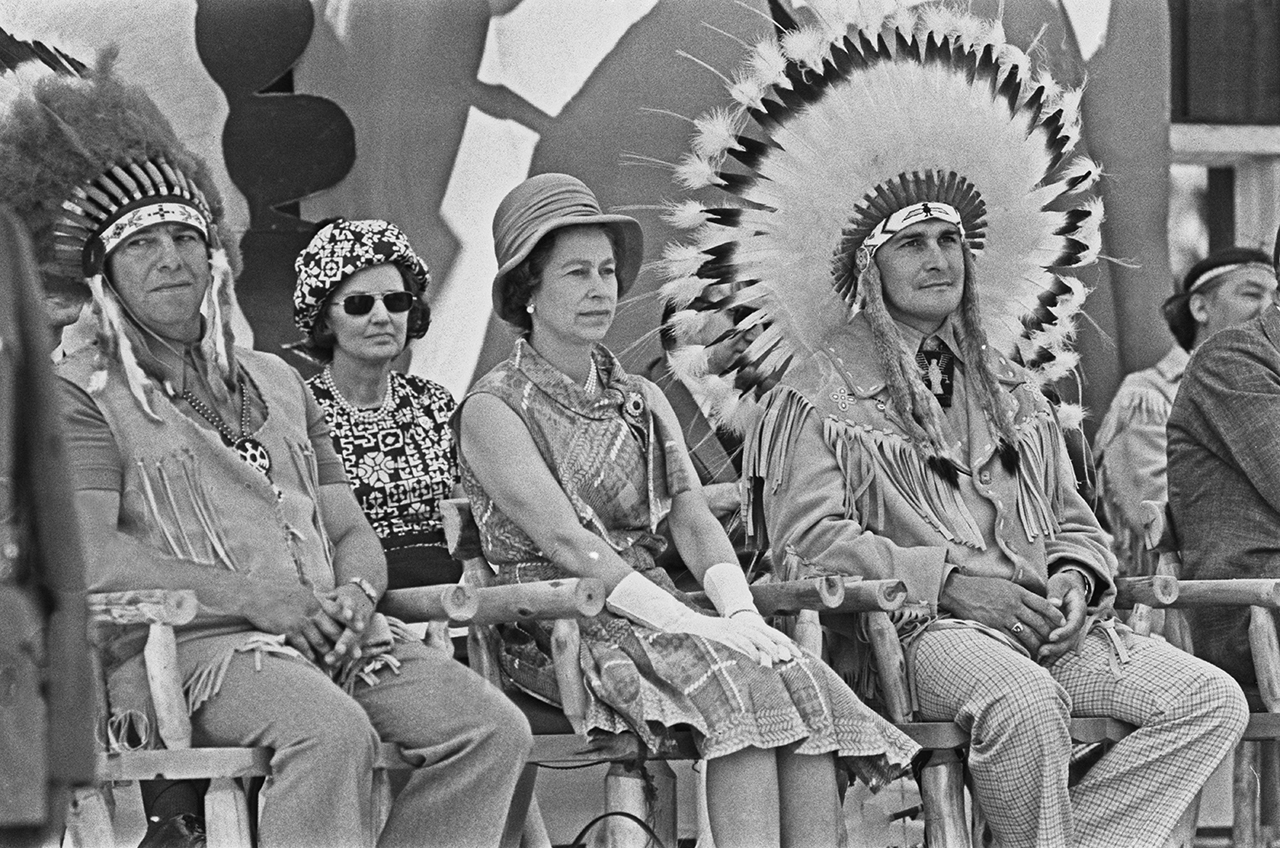 Grief and mourning aren’t strangers in the lives of Indigenous peoples.

From the lifetimes of family members who have undergone extermination and genocide through government policies, to the thousands of children whose graves are still being found at Canadian residential schools, many Indigenous peoples today are still living in the spaces of grief and mourning.

Among the many conversations I have had since the Queen’s passing on September 8, there has been a common theme.

And it is in recognizing the grief and mourning of her close family members.

“Her passing has hit our people in a few ways. She was a mother, grandmother and great-grandmother. So many people acknowledge that her family has suffered a great loss,” Waneek Horn-Miller, a Mohawk activist and Olympian, says.

But aside from acknowledging this great loss, there is another common theme swirling around in the conversations that Indigenous peoples are having.

“In her life she hasn’t done anything to my knowledge to uphold the role and responsibilities the monarchy has towards Indigenous peoples,” says Horn-Miller. “There is a great history of cheating and lies that we have not forgotten. So this is where many of us feel no compassion and a lot of anger.”

And the anger is valid.

The Queen was positioned as the monarch of Canada, as Canada is a part of the British Commonwealth—the ones who led the brutal and dehumanizing processes of colonization and genocide against Indigenous peoples on our traditional lands and territories. And the multigenerational outcomes of these processes are still seen today in many of our families.

This monarchy—of which the Queen was the figurehead—caused the mourning of generations of parents and family members within our own nations.

“I can go on listing the ongoing genocidal policies and Treaty violations that are still felt today,” Sylvia McAdam, the co-founder of the Idle No More Movement, shared with me via email. “One can say she [the Queen] inherited these violations, that is true. [But] inheriting genocide and Canadian apartheid does not mean a person maintains those systems. The Queen had 70 years to be part of rescinding and abolishing systems of apartheid and genocide. She chose not to.”

McAdam tells me about her dad, who wrote letters seeking some type of intervention from the Queen. He never received a reply.

“She remained silent in the fact of genocide,” she continues. “That is what I will remember of her.” McAdam lists a host of atrocities that were carried out by the systems that bore the Queen’s name, from the residential school system that kidnapped and killed children to the Sugar Beet Policy.

“My dad left this world to never see the freedom and liberations of our Peoples that he worked all his life for,” she says. “As I write this, I feel the rage surface.”

The legacy of domination and control stemming from the systems that the Queen represented still exists today. And the grief, rage and emotional turmoil of Indigenous peoples across these lands has been triggered by her death.

Many Indigenous peoples often spoke about, and even requested, apologies from the Queen in relation to the residential school system and the many other genocidal policies.

Although the Queen made a message of recognition for Canada’s first National Day of Truth and Reconciliation in 2021, it simply stated: “I join with all Canadians on this first National Day for Truth and Reconciliation to reflect on the painful history that Indigenous peoples endured in residential schools in Canada, and on the work that remains to heal and to continue to build an inclusive society.”

The Crown is also a legal signatory of our treaties, which further complicates our peoples’ relationship with the Queen. “As a country [we] need really look at what that means with historical agreements like treaties, and if Canada wants to really enact reconciliation then we need to take a look at how Canada has legislated away the role of the Crown in the treaties and what that means in the present day,” notes Horn-Miller. “In Canada, the monarchy has been legislated into the role of a figurehead with very little actual power, but in Indigenous peoples’ eyes, they signed legal agreements with our ancestors and those need to be honoured before reconciliation can happen.”

The truth is, the Queen’s family has every right to mourn and grieve the loss of their grandmother, mother and more.

Yet, Indigenous peoples on these lands, who have experienced genocide at the hands of a system that has the Queen as a figurehead, will continue to mourn the generations of our families that we never got to experience. We are missing out on grandparents, aunties and uncles, and more, because their lives were taken long before they were allowed the opportunity to even grow up, due to the genocidal policies dictated by the Crown.

There is a lot to reflect on since the Queen’s passing. And we will all continue to mourn. And for Indigneous peoples, the muti-generational mourning and grief from the ongoing attempts of colonization and genocide will continue.