'We Go To Rallies So People Don't Bully Other People': Meet The Young Faces Of This Year's Women's March

A year after the first Women's March, crowds of women and girls descended on downtown Toronto to march once again. 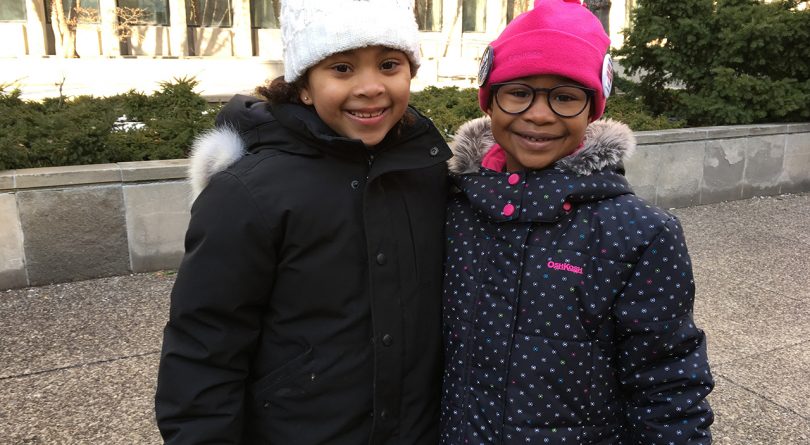 It’s hard to believe a full year has passed since Donald Trump took his oath of office and the streets of Washington, D.C. — and countless other cities around the world — flooded with placards and pussy hats. In Canada, the Women’s March became one of the largest single-day, coast-to-coast protests in this nation’s history.

This year, in the wake of #MeToo, and in the face of continued hate crimes, people are still plenty motivated to march. The anniversary weekend of the Women’s March saw crowds return to streets around the world, including at least 38 Canadian communities, to once again demand that women’s rights be upheld and respected, and to speak out against hate and injustice.

What made these Canadians come back, or attend a women’s march for the very first time? Meet some of the young women who attended Toronto’s march, which started at City Hall midday Saturday: 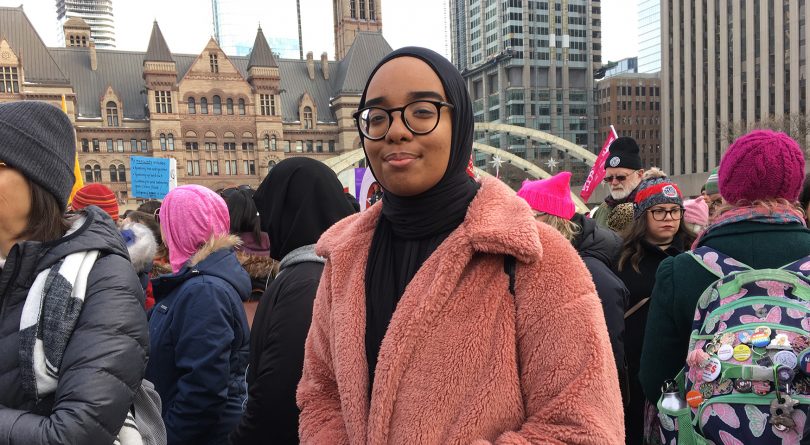 “We’ve got a prime minister who said he’s a feminist … this is just about making sure we hold the people in power accountable. Especially with Time’s Up and the #MeToo movement – the vibe is different. There’s a sense of urgency from all of us to decide where we want to be. History’s taking names, and history’s going to ask us where we were when all of these issues were happening. I’d like to say I was here.” —Furqan Mohamed, 16 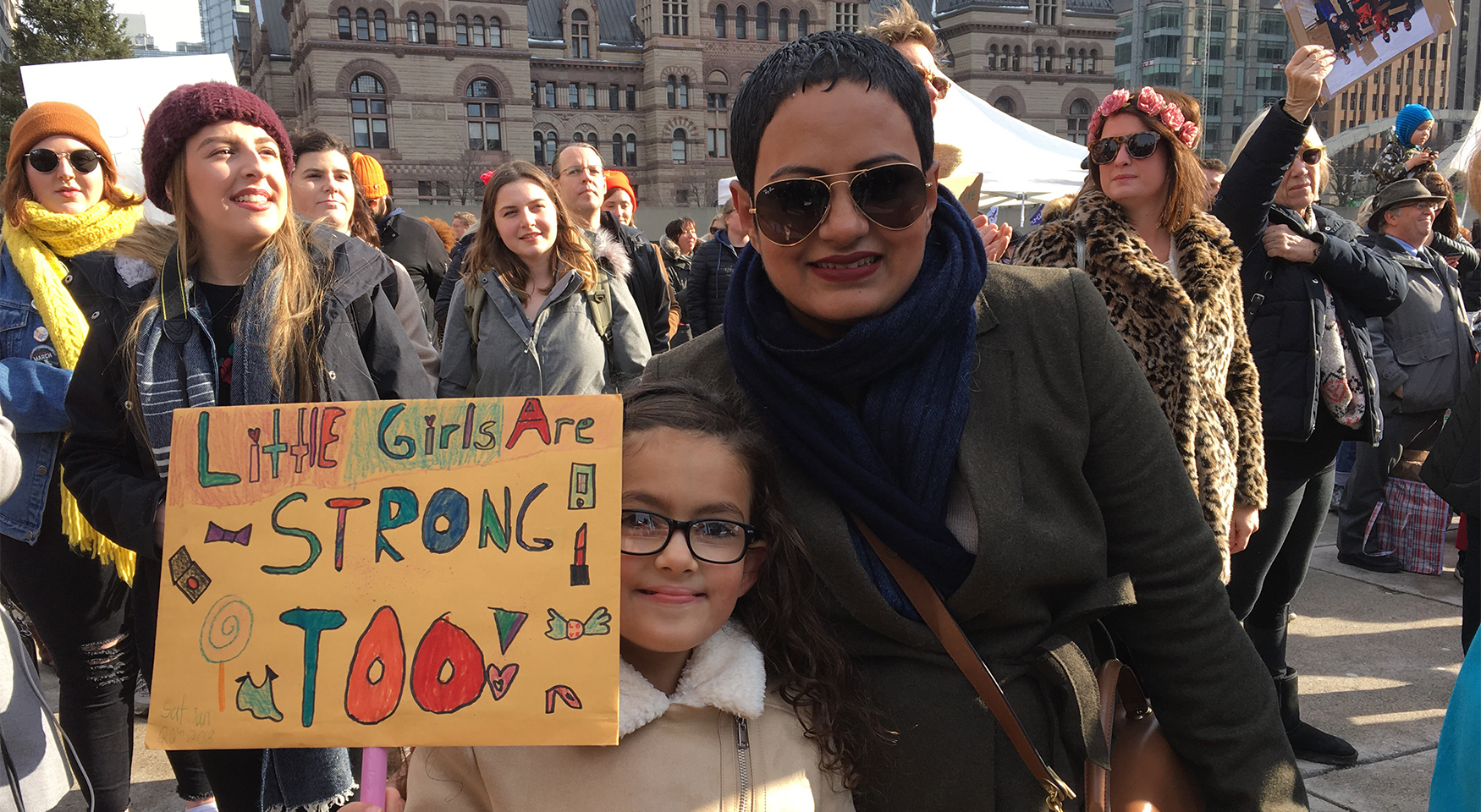 Arya MacMaster, 7, and her mom, Henna

“I want to represent girls, and I want to make sure that girls get their own rights and that they get to control things that they have. They have their rights for a reason. I was here last year — it was nice and I’m very happy I’m here again.” —Arya MacMaster, 7 (and a half) 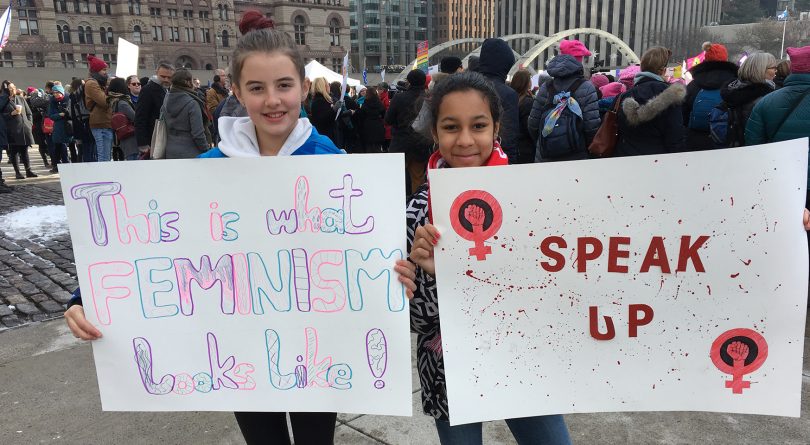 “I don’t think it’s right how people are treating women. They don’t deserve to be treated like any other people who are not … I don’t know how to explain it, but everyone should get treated the same.” —Isabella, 10

“I want to support women and … hmm, well, they deserve to have equal rights. And I want to diss Trump.” —Tora, 11 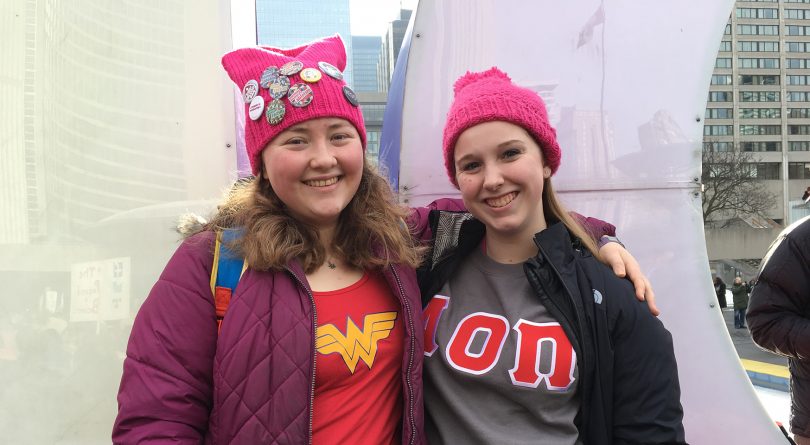 “I was here last year. It was a special experience to see so many people come out with the same goals, the same vision and just wanting to make the world a better place. It made me feel like I wasn’t alone in the fight. There have been many, many times in my life when I’ve tried to bring a problem to attention and been told, ‘No, stop talking about this. YOU’RE causing a problem,” when really, reporting a problem isn’t causing a problem, it’s trying to solve one.” —Naomi Litwack, 20, left, with her friend Rosemary Norheim, 18, who was experiencing her first Women’s March 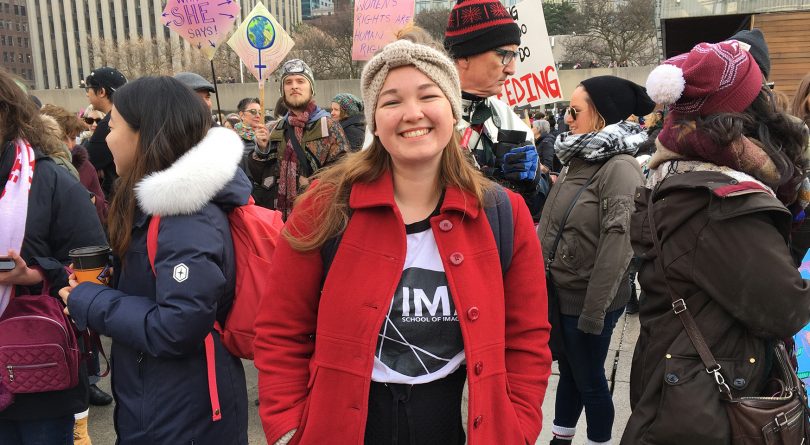 “I’m just kinda sick and tired of being treated like a second-class citizen because I have a vagina. I think that’s f—ing stupid. Sorry, I don’t know if I can swear. I think it’s about damn time we’re treated equally.” —Kathleen Watkins, 20 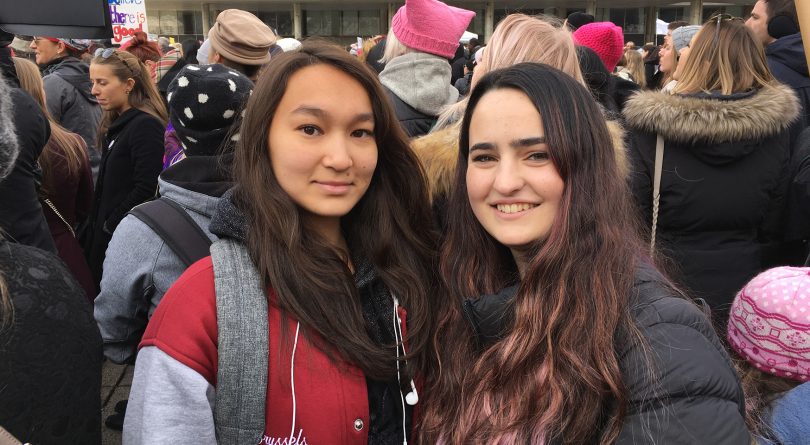 “Right after the election, my mom was furious. I saw her go to the march last year and I don’t know why I didn’t go … My friend Madison invited me this year and I was like, ‘Why not?’ Our school’s very accepting, but there’s still stuff that goes on outside of our little community, so it’s good to support everyone. It’s a global movement, not just here. —Sandrine Ballez, 16

“My family and I went to the Women’s March last year because of all the threats Trump was making. We were not OK with that. It felt very empowering for me, so I’m glad I came back this year. At my school, we’re pretty accepting of everything, but everything in the U.S. has really made me want to come back, because I didn’t really see it in my own life, but when you see it on the news and everywhere else, it makes me more motivated to come here. It shows women’s rights, LGBTQ rights are not accepted everywhere.” —Madison Dundas, 16 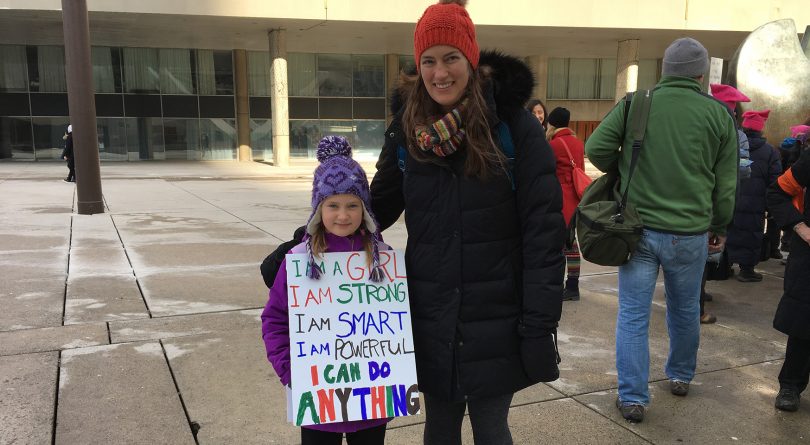 Eleanor Matheson, 7, and her mom, Lindsay

“If something happens to you that you don’t like, you can’t just sit there quietly. You have to do something about it.” —Eleanor Matheson, 7

“We’ve been reading a lot of books about women who make a difference. I think it’s working.” —Lindsay Matheson 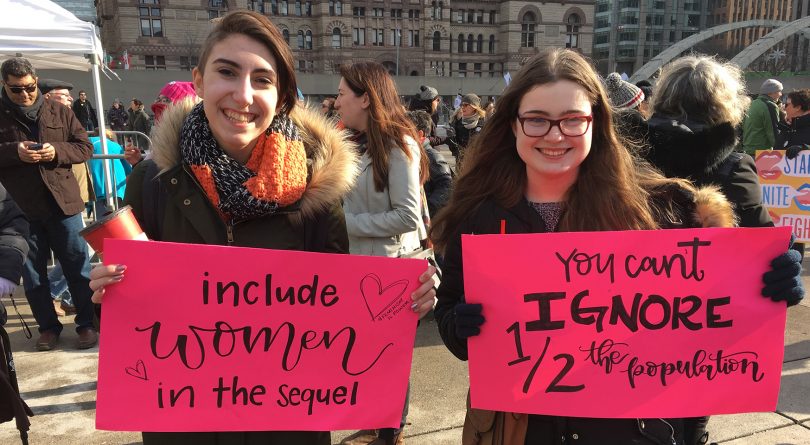 “I’m here because I want to be respected as a woman and as a pansexual woman. I shouldn’t be defined by the person I’m with right now or by anything people decide to say about me.” —Kayla Kostrzewa, 18

“I’m here because I’m tired of people’s voices getting ignored, whether it’s because of your gender, your sexuality, the colour of your skin, or whatever it is. I just want people to realize they’re valid, that they have a place in this world. That they’re equal … and with everything going on in the media and the whole #MeToo thing that’s happened recently, it’s just brought everything to the forefront. We realize it’s still an ongoing battle that needs to be fought.” —Jessica McNea Dooley, 18 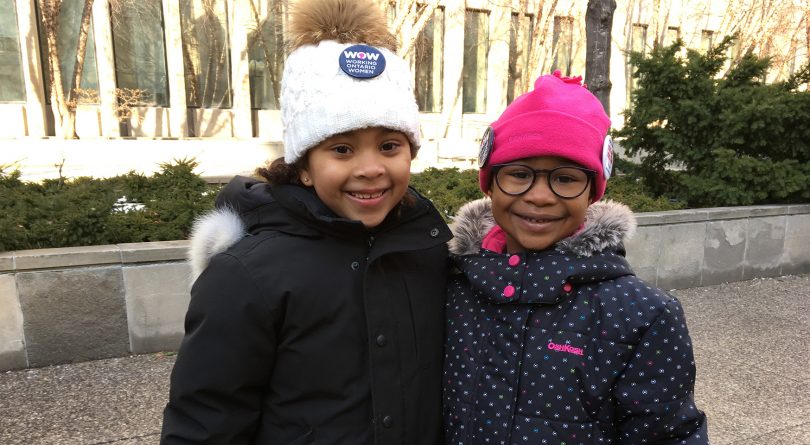 “We go to rallies so people don’t bully other people…” —Zoe Gilligan, 6 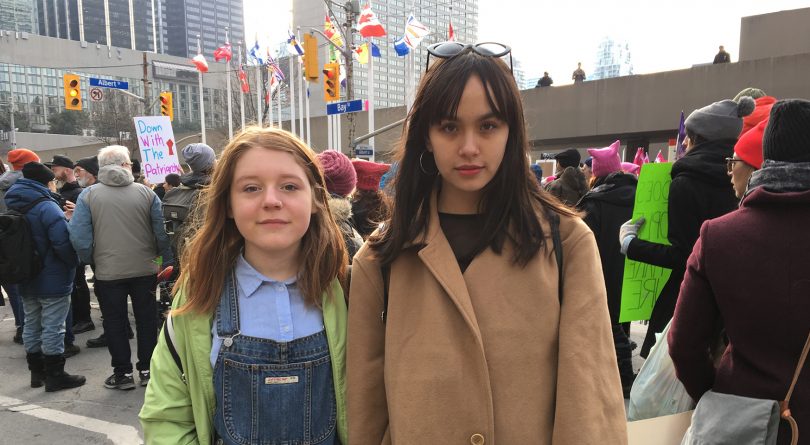 “It’s been a year since people started to do this stuff, and it’s gotten worse, and not much has changed. That’s ridiculous.” —Brighid Fry, 14

“I couldn’t come last year because we were at a gig, but we were trying to protest through our gig, I guess — we have an indie folk band with a feminist twist on it. We came today because what’s happening is wrong and we can’t just stand here and do nothing. Because if you just let things that are wrong wash over you, there will be no change.” —Pascale Padilla, 15