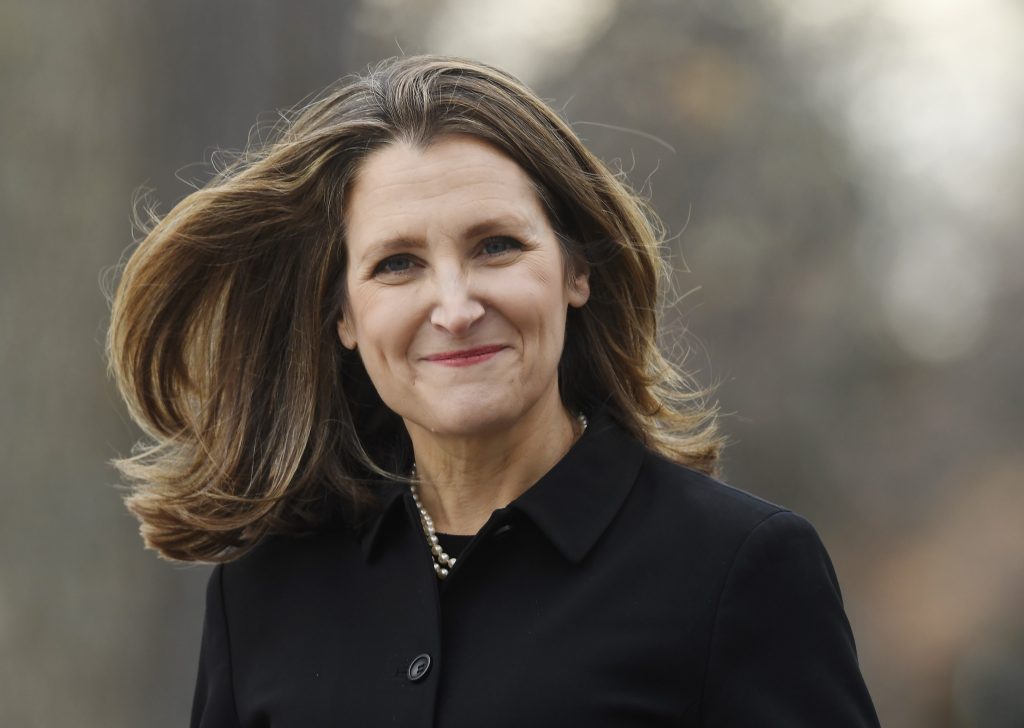 In a low-key ceremony following a somewhat ugly federal election that left him with a minority government, Prime Minister Justin Trudeau swore in his new cabinet on November 20. Several star ministers were reassigned to new portfolios, while two first-time MPs—Anita Anand and Steven Guilbeault—received cabinet posts. The cabinet’s mission? To focus on climate change, the economy and mending the Liberal Party’s deep rift with Alberta and Saskatchewan. (There are currently no Liberal MPs in either province.) Here’s everything you need to know.

1. There are two more ministers in this gender-balanced cabinet

Trudeau’s newly unveiled cabinet has 36 ministers, two more than the previously dissolved Liberal cabinet. According to CBC, adding two ministers to the mix was likely done to better distribute duties and ease workload in this minority government.

Also noteworthy: Winnipeg MP Jim Carr, who is currently undergoing cancer treatment, is no longer in cabinet but has been named “special representative for the Prairies.”

2. The House leader’s role is more important than ever

Pablo Rodriguez, a longtime MP who formerly held the rank of heritage minister, assumes the role of House leader—a key role in a minority government, as he’ll be responsible for gaining support for the Liberal government’s agenda among MPs from other parties. (In other words, there is a lot resting on Rodriguez’s shoulders, as his ability to negotiate and win favour from the Conservatives, NDP, Green Party and/or Bloc Québécois will be crucial to getting any Liberal legislation passed.)

The choice for this role was considered to be “the most important move Trudeau makes” in the 2019 cabinet re-org.

She’s been called one of the greatest environment ministers Canada has ever had, and the Liberal’s climate change plan was rated the best by climate scientist Katharine Hayhoe and economist Andrew Leach ahead of the 2019 election, but Catherine McKenna is moving on.

The former environment minister—who faced a slew of misogyny during her tenure—hinted at the shuffle in a tweet the night before it was officially announced, noting that she had “lots to be thankful for, and lots of people to thank.”

McKenna will assume the post of infrastructure and communities minister. In this role, she’ll be able to further the Liberal’s green agenda in relation to transportation and other public infrastructure.

Jonathan Wilkinson, the former fisheries and oceans minister who was born and raised in Saskatchewan, is now on the environment portfolio. He will assume the tricky task of upholding the Liberal’s climate commitments while ensuring that Alberta’s oil-heavy economy isn’t unduly impacted.

Freeland, who was lauded for renegotiating NAFTA as foreign affairs minister, has been appointed deputy prime minister—a position first created by Pierre Trudeau, and most recently occupied by Anne McLellan during Paul Martin’s Liberal government—as well as minister of intergovernmental affairs.

Freeland will still oversee Canada-U.S. relations and the new trade agreement with the United States and Mexico that still needs to be ratified.

As intergovernmental affairs minister, she will also oversee relations with the provinces at a time of increasing dissatisfaction in Western Canada. It’s likely Trudeau is hoping that Freeland’s Alberta roots will help repair his fractured relationship with that province and its United Conservative Party premier, Jason Kenney; the former journalist was born in rural Alberta and her father still farms there.

“Chrystia and I have worked very closely on some of the biggest files facing Canada, Canada and the world but particularly Canada and the United States,” Trudeau said.

“Our ability to work well together on these issues that quite frankly touch national unity, touch energy and the environment, touch relations with all provinces and all regions in this country is an extremely important thing at a time where we see some very different perspectives in the country that need to be brought together,” he said.

François-Philippe Champagne, former infrastructure and communities minister, will take on the role of foreign affairs minister.