Summer Forecast 2019: What Environment Canada Says To Watch For

Because let’s be real, we’ve *all* been waiting for warm weather. 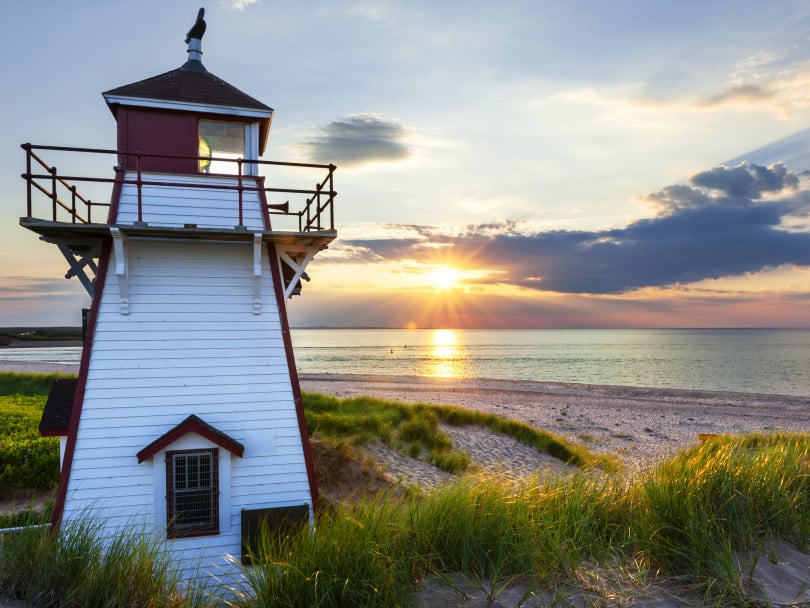 We’re tired of rain, sleet and dreary skies, so here’s hoping that the weather will finally let us wear those cute spring outfits and summer shoes we’ve been eyeing wistfully for the last few months.

It’s difficult for meteorologists to say precisely what the weather will be like for a whole season, but Environment and Climate Change Canada meteorologist Linda Liddy gave us the “probabilistic” lowdown on temperature and precipitation from June through August. Probabilistic forecasts look at whether the weather is “below normal,” “near normal” and “above normal” temperatures, based on 30-year historic averages.

While this is a roundup of the summer forecast, Liddy emphasizes that people should check daily forecasts more frequently when planning activities (there’s even an Environment Canada weather app you can download called WeatherCAN). And she had another piece of advice: “With all the technology out there, remembering to look up at the sky every once in a while is a good idea.”

The temperatures in British Columbia look to be above normal for the summer months. The probability that temperatures will be above normal is above 80 per cent, Liddy says—anything above 40 to 60 per cent is already a good indication of which category the weather will be in. Note, however, that just because temperatures are predicted to be “above normal” it doesn’t necessarily mean it will be noticeably hotter every day—just overall.

With all the wildfires last year, there are definitely concerns about drier conditions. The B.C. Wildfire Service currently has northern B.C. at an extreme danger rating.  But along the B.C. border and into southern Yukon, the likelihood of above-normal precipitation is higher.

“Once dry conditions set in, they can carry over from one year to the next,” explains Liddy. “We want to be able to refresh that deep moisture in the soil, particularly when there is a lot of vegetation in forested areas. I know not everyone wants to see a lot of precipitation in the summer, but it is helpful generally for the health of the ground with the attention on the fires and high levels.”

[contextly_auto_sidebar]
The probability for above-normal temperatures is high in most of Alberta, with a slight drop-off to only 40 to 50 percent in Western Alberta.

Southern Alberta, much of central Saskatchewan, and the southwestern tip of Manitoba have indications at the lower end of probability (40 to 50 percent) for above-average precipitation and indications of drier conditions. However, Liddy points out that the same areas also have a fire weather forecast with higher projected risks of forest fire or grass fire activity. Liddy hopes some of the predicted above-normal precipitation along the B.C. border will spill into northern Alberta. (Northwestern Alberta is already seeing serious wildfires this year.)

At the end of May, it was projected that some smaller pockets in Ontario will likely be a bit cooler than normal—around western Ontario in the Lake of the Woods area, and around Sault Ste. Marie. Environment Canada meteorologist Peter Kimbell provided an update in June, saying that officially, the forecast says Ontario will be looking at below normal temperatures for the summer. The start of June continues to be cold and damp, but the rest of June looks closer to normal. Since we’re heading into the hottest days of the year, he added, it should still be a pleasant summer despite the cold start. There are currently no strong precipitation trends in the province, meaning that precipitation trends could still fall either way this summer.

As with Ontario, no trends dominate in western Quebec. Temperatures actually promise to be a bit cooler than usual in northern Quebec, and there’s a 40 to 50 percent chance that there will be more precipitation than usual as well.

Just like the west coast, Canada’s east coast is also looking at above-normal temperatures for the summer, with the exception of the eastern-most part of Newfoundland, which still has equal chances of falling into any of the three potential temperature categories. However, Liddy says, “The probabilities [for above normal temperatures] are not as high as we thought for the west coast. Here, the highest probabilities are for the southern half or so of Labrador, and they’re up above 60 percent. We’re looking at more generally 50 percent over the Maritimes and 40 to 55 percent in the parts of Newfoundland that do have an indicated trend for the area.

Precipitation-wise, most of Prince Edward Island, Cape Breton and “a good chunk” of Nova Scotia’s mainland have a 40 to 50 percent chance of being drier than usual.

Yukon and the Northwest Territories

Yukon is looking at 40 to 50 percent of probability for above normal temperatures, with the trend continuing in the north until you hit the more western part of the Northwest Territories.

Nunavut also looks to be warmer than usual, which is consistent with how it has been during the winter months.