Was Kathleen Wynne’s Concession A Power Move Or A Desperate Act?

Three political analysts weigh in on the Ontario premier's decision to concede defeat early — a move that Wynne herself admits was "unusual." 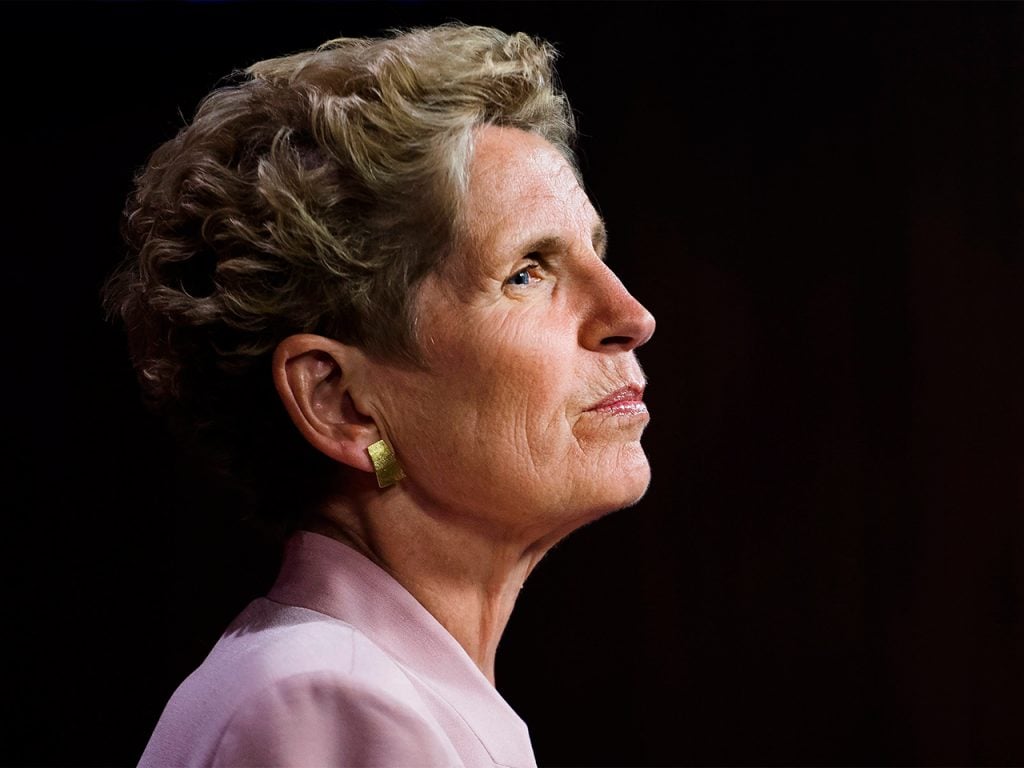 Ontario Liberal leader Kathleen Wynne has conceded that she will no longer be premier. Photo, Nathan Denette/The Canadian Press.

Standing before a backdrop of squealing children on a north Toronto playground Saturday, Kathleen Wynne made a head-scratcher of an announcement: Within a week, she said, “I will no longer be Ontario’s Premier. And I’m OK with that.”

Why would she wave a white flag just days before voters in her province hit the polls? It wasn’t that simple, of course. The Ontario Liberal Party leader, whose team is on track to surrender so many of their seats in Thursday’s provincial election that they could even lose official party status (they need eight seats to hang on), said that she knows voters want change, and that most don’t want to see her reinstated as premier. But, she urged, they should vote Liberal anyway.

“What I’d heard from people — and what candidates said to me that they were hearing — [was that] there was a whole group of voters who would’ve voted for us in the past, [who] want change and were thinking they wouldn’t vote for us this time, and yet they didn’t want to see a [Doug] Ford majority and they didn’t want to see an NDP majority,” Wynne said in an interview with Chatelaine. “Those are the people I was talking to.”

The premier added that having Liberal candidates return to Queen’s Park would provide “a sort of check” on the new government led by either the Ontario PC’s Ford or the New Democratic Party’s Andrea Horwath. 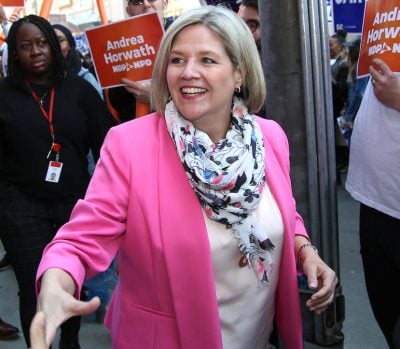 “But I don’t know whether it was brave to do — all I know is that it was hard to do,” she said. “So I did it, and I hope it will help some of my candidates.”

Wynne said she will wait until Thursday’s vote to decide whether or not she’ll step down as leader. She’s given voters a lot to think about in this last stretch before decision day — and political analysts a lot to discuss. Chatelaine spoke with a few of them to help make sense of Wynne’s decision:

“It looks like a desperate move to say to her campaign staff and volunteers, ‘We’re going to lose party status if you go to the door trying to defend our record’ — go to the door instead and say, ‘Aren’t you afraid of Horwath and Ford?’ She was basically re-scripting her campaign. The problem with a move like this is it is easily interpreted by others as a manipulation of voters: ‘We’re not going to win, but here are all the reasons you should vote for us just to stop the other two.’ Traditionally, people want to vote for something, not just against. If you’re not a fan of hers, the announcement Saturday reinforced a lot of negatives — lecturing the voters on what they should do. They could see it as hubris: ‘If you’re telling us you’re going to lose, how do you have the right to tell us how to vote?'”

Kate Harrison, a senior consultant at Summa Strategies who has been involved with the Ontario PCs for the past decade

“I think their intention was genuine — to try to save relevancy in face of decimation — but I’m not sure it’ll have the desired effect. Liberals who are really demoralized at this point may decide to stay home from voting, particularly in a riding they don’t think will be a priority. And if you’re more of an ideological liberal and you’ve probably known for a while that Wynne was not going to become premier, you may be more drawn to the policies of the NDP or attuned to stopping Ford from becoming premier. I think this could have the consequence of helping the NDP. If you’re involved in politics, you get used to losing more often that not, but there is kind of an honour in owning the loss if it’s delivered to you by the electorate — it’s really decisive. For Wynne to not own the loss on Thursday, to step back and remove herself from it in advance, is kind of the equivalent of the captain stepping back from the team. I think it’ll be really bad for party morale, and it’s a decision that should’ve been made earlier. But in the absence of any other way out of the situation they’re in, this is what they had to do.”

Peter Loewen, associate professor of political science and director of the School of Public Policy and Governance at the University of Toronto

“I think tactically it’s a bad move, and I don’t think there’s a clear strategy behind it. I daresay it’s not fair to all those candidates, all those volunteers who are out there breaking their backs on behalf of the Liberals. Voters — especially those voting for a major party — want to believe that party’s going to win and has a chance. People like to back winners. Not be fickle or shallow about it, but democracy is partially about making collective judgments. So for Wynne to say, ‘I have no chance of winning, but what I want you to do is this thing that’s negative to stop everyone else’ — what about that messaging is appealing to a voter? I suspect they’re trying to preserve her legacy, to save some seats, to put a frame around the end of the campaign so people will say, ‘Wow, she went out in a big defeat, but did it with grace.’ And you or I probably can’t fathom how difficult that is. But putting this last minute ask out to voters somehow muddies the waters. The choice is a bit simpler than the one the premier has put before them.”