Over the weekend, Maxime Bernier accused fellow MP Caesar-Chavannes of dabbling in identity politics. But this isn’t the first time the two politicians have publicly sparred. 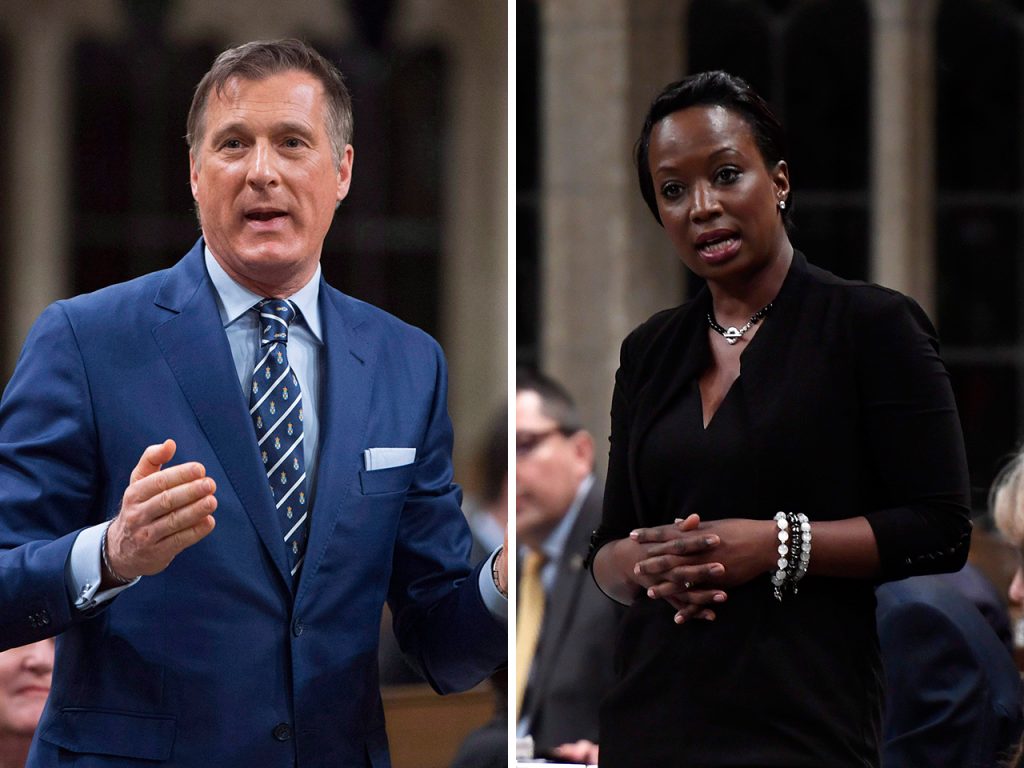 Like many Canadians, Conservative MP Maxime Bernier read a Globe and Mail profile that ran this weekend about Whitby MP Celina Caesar-Chavannes. In it, the author wrote that she — the parliamentary secretary for international development, and a black woman — “focuses less on policy and more on personal matters.” 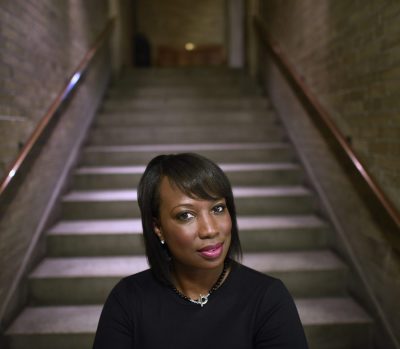 It’s no secret that Caesar-Chavannes is unafraid to confront issues of systemic racism in politics — in fact, that’s part of her mission. She’s spoken candidly about the onslaught of micro-aggressions she faces on a frequent basis as a black woman in life and in Parliament. (It’s worth checking out the now-viral clip of Caesar-Chavannes telling the Speaker of the House that she will “continue to rock these braids” after reading several disturbing news stories about young black girls getting hair-shamed.)

Apparently, Caesar-Chavannes’s blurring of the personal and political compelled an angry Bernier to accuse his colleague of playing the race card in and out of caucus.

.@MPCelina “focuses less on policy and more on personal matters.”

That’s the main difference between us. You think the world revolves around your skin colour. My goal is to bring better policies to all Canadians. That’s an MP’s job.

“That’s the main difference between us,” he wrote on Twitter. “You think the world revolves around your skin colour. My goal is to bring better policies to all Canadians. That’s an MP’s job.”

Caesar-Chavannes then bit back with a message of her own:

I deal with policy every day. Debating in @OurCommons, asking questions & poking holes in the CONs weak positions. Unlike you however, I can focus on policy while also shifting the status quo and increasing awareness. That’s what happens when you #AddWomen. We get more done! https://t.co/HH35q0qSOJ

This marks the second time that the two MPs have sparred on social media: In March, Bernier criticized the Liberals’ decision to allocate budget funding for Canadians with minority backgrounds. Caesar-Chavannes’s response? “Check your privilege and be quiet.”

It says something about Caesar-Chavannes’s character that, in her most recent dust-up with Bernier, she didn’t stoop to citing the many public examples of his inability to do “an MP’s job.” Take, for example, the time he was forced to resign as Minister of Foreign Affairs after he rather carelessly left classified documents laying around the house of his then-girlfriend — a move a federal review said “tarnished Canada’s good reputation within NATO circles.” Or the time (a month ago) that he was forced to suspend publication of his book after he accused his own party’s leader, Andrew Scheer, of clinching victory on the backs of “fake conservatives.”

Can’t we all just get along? Guess we’ll find out when Parliament is back in session — or after next weekend’s paper hits stands.