The pair talked about homeschooling, parenting and the importance of taking care of one's mental health. 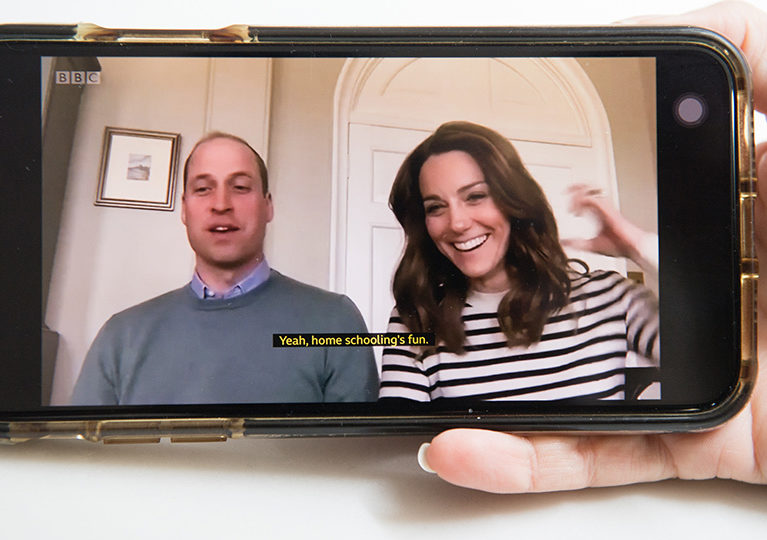 Duchess Kate and Prince William gave a very rare interview to the BBC during the coronavirus pandemic in which they discussed homeschooling and parenting at this time, along with the importance of taking care of mental health—and even the Duke of Cambridge’s worries about Prince Charles battling the illness.

In the wide-ranging and deeply personal interview, the couple admitted they’ve found it “challenging” to home-school Prince George and Princess Charlotte and also take care of soon-to-be two-year-old Prince Louis during this time.

“The children have got such stamina,” Kate said of how they’ve been spending their days while she and William have also been working from home. “You pitch a tent, take the tent down again, cook, bake. You get to the end of the day—they’ve had a lovely time, but it’s amazing how much you can cram into a day, that’s for sure.”

The mom of three also revealed she and William have told their little ones about what’s happening right now so that they’re aware.

“Although you don’t want to scare them…I think it’s important to acknowledge it…in an age appropriate way”
The Duke and Duchess of Cambridge talk about life in #lockdown and explain how they’re telling their children.
More here: https://t.co/FJX19J0e10 pic.twitter.com/00I2YZnvcu

“It’s been ups and downs, probably like lots of families self-isolating,” she said of their last few weeks. “George is much older than Louis is and things, but they are aware. You don’t want to scare them and make it too overwhelming, but I do think it is appropriate to acknowledge it in simple ways.”

As for how homeschooling was going, Kate cheekily admitted the couple had made sure their two eldest kids continued lessons over the Easter break.

“We don’t tell the children we’ve actually kept going through the holidays. I feel very mean.”

Working from home and staying in touch with family members and friends has also been a bit of a juggle, she said, with little Louis being particularly gregarious at his young age.

“It gets a bit hectic, I’m not going to lie,” the duchess said of the video calls they had had so far. “With a two-year-old you have to take the phone away. But it’s nice to keep in touch with everybody.”

The Duke and Duchess of Cambridge spoke with the BBC about why #EveryMindMatters, as well as the extraordinary job NHS and frontline workers are doing. Visit the link in our bio to access resources and more information to help while staying at home

Of course, the Duke and Duchess of Cambridge are also known for their work on mental health, and they both acknowledged as the coronavirus pandemic progresses, it becomes even more important for people to be able to access support they need. William said he worried people would not take the time to reach out to services due to the assumption that the system is overloaded right now.

“It’s important that other people aren’t forgotten and those who do need help, and do need support, and haven’t necessarily ever had to think about their mental well-being, start to do that in this weird climate we’re in,” he said.

The duke, who worked as an air ambulance pilot, said he also understands first-hand how difficult it can be for first responders and health care workers not to bring their worries, concerns and things they see and do on the job, home with them. 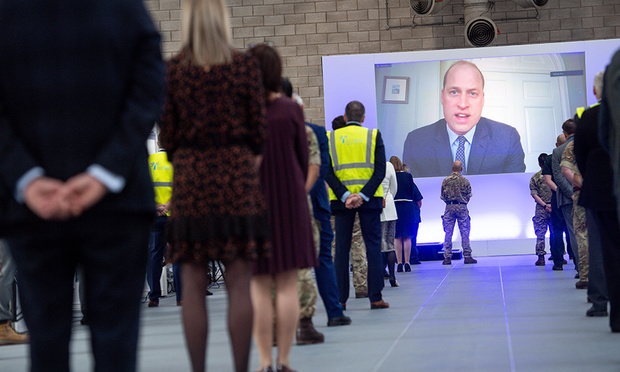 “We’re not superhuman, any of us,” he said. “So to be able to manage those motions and that feeling is going to take some time after all this is over as well.”

Kate said she hopes one of the positive things that comes out of this crisis is that people have a new appreciation for health care workers and those in essential jobs, such as grocery store employees, public transit operators and more.

“What we’re seeing now is the NHS and the frontline workers doing the most extraordinary job,” she stressed. “And that’s really come to the forefront in the last few weeks.

“It’s going to dramatically change how we all value and see our frontline workers. That is one of the main positives you can take from this.” 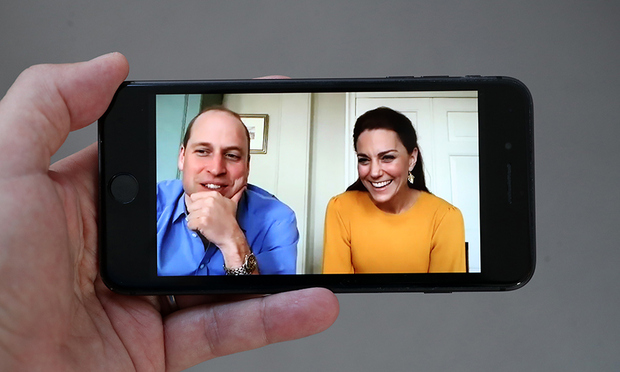 Earlier in April, the Duke and Duchess of Cambridge surprised students and staff at Casterton Primary Academy with a special video call. (Photo: © Chris Jackson/Getty Images)

The Royal Family has been directly affected by COVID-19, since the Prince of Wales tested positive for it last month and has since recovered. William admitted he had some worries about his father when he heard he had contracted the illness.

“I have to admit, at first I was quite concerned—he fits the profile of somebody, at the age he is at, which is fairly risky,” the duke said.

He also emphasized that the Queen and Prince Philip are well and doing everything they can to stay indoors and are being well taken care of at Windsor Castle.

As of this writing, the Johns Hopkins University of Medicine says there have been nearly 2.2 million confirmed cases of COVID-19 in 185 countries and regions. Nearly 110,000 of those cases are in the United Kingdom. The illness has caused more than 147,000 deaths worldwide, and nearly 555,000 people have recovered from it so far.