Who Is The Canadian Heiress Going to Jail For Her Role In A Celebrity Sex Cult?

Everything you need to know about Clare Bronfman, who was recently sentenced to nearly seven years in prison for her role in NXIVM. 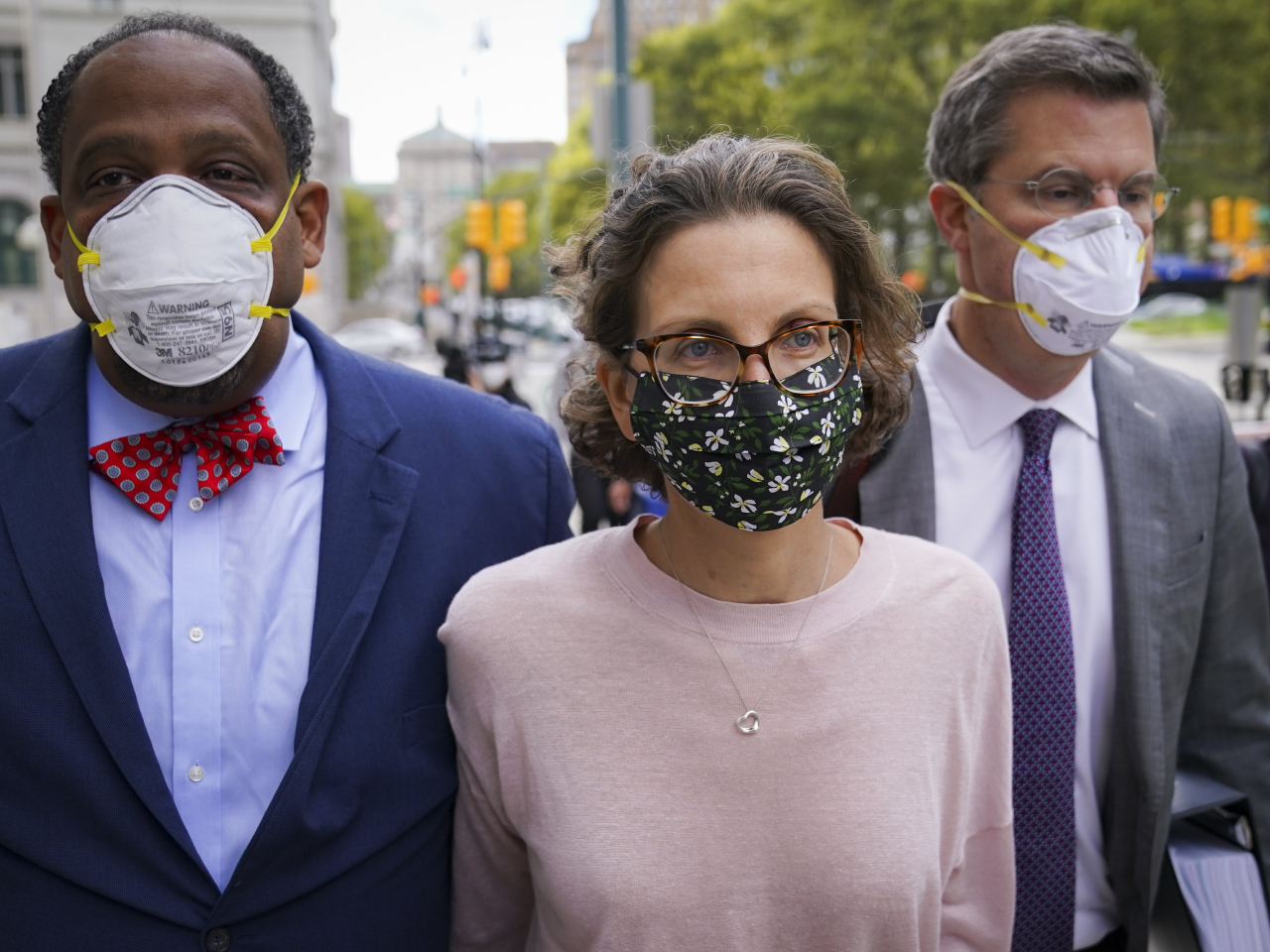 If you follow celebrity culture…or sex cults…or sex cults that recruit celebrities, then you’ve already heard of NXIVM, the infamous “self improvement organization” that made headlines in 2018 when the FBI arrested the group’s leader Keith Raniere. (Check out Chatelaine’s 2019 feature here). Among the group’s highest-ranking senior members was Clare Bronfman, the Canadian heiress to the Seagram fortune who played a key role in some seriously disturbing activity. Late last month, Bronfman became the first member of NXIVM to get sentenced. The ruling? Nearly seven years of jail time. Here, everything you need to know about the woman whose millions funded a maniacal madman—and why she is still standing by him.

Who is Clare Bronfman?

Before she got involved in NXIVM, Bronfman was just your garden variety competitive equestrian-slash-heiress. The granddaughter of the Canadian tycoon and Seagram CEO Sam Bronfman, Clare was born in 1979 to Edgar Bronfman Sr. and his third wife Georgiana. Her parents split (and then remarried and then split again) and Clare and her older sister Sara grew up mostly in England and Kenya with their mom. The Bronfmans are a big deal—billionaires several times over with interests in business, sports, Hollywood and music. Clare’s uncle Charles was the first owner of the Montreal Expos, and her cousin Benjamin had a baby with the pop star M.I.A. Compared to her flashy family, Clare was quiet and preferred horses to humans. She owned and ran an equestrian farm and was training for the Olympics when she first got involved with NXIVM.

What made her want to join a sex cult?

Reminder that nobody who joins a cult thinks they are joining a cult, which is how these corrupt organizations recruit glamorous celebs and successful executives and well-meaning quarter-Canadian heiresses. NXIVM presented itself as a personal development program—new members signed up for the Executive Success Program, featuring courses that emphasized personal accountability and responsibility. Sara Bronfman signed up in 2002 and brought Clare in shortly after. Both women (in their twenties at the time) felt lost and lacking in purpose, which is pretty typical of people who join these “self-help organizations.” Less typical were their hella deep pockets. This 2010 Vanity Fair exposé explains that Raniere became aware of the sisters’ fortune early on and targeted them for financial gain.

How much gain are we talking exactly?

According to prosecutors, approximately US$116 million of the Bronfman family fortune was funneled into NXIVM. The first major gift came in 2004, when Clare and Sara presented Raniere (known to his followers as “Vanguard”) with a giant novelty cheque for $20 million while attending his annual “V-Week” birthday bash. Another $11 million went to the group’s private jet, $30 million for real estate in Albany, NY—where NXIVM is based—and many more millions to cover Raniere’s failed business ventures. Bronfman bucks were used to finance a controversial visit from the Dalai Lama in 2009 and also to harass and threaten anyone who defected or spoke out against the organization, including Sarah Edmondson, the Vancouver actress-turned NXIVM whistleblower who went public with her story of abuse and skin branding in 2017.

Was Bronfman involved in the crazy branding ceremonies?

The branding ceremonies—where women were permanently scalded with the initials of Raniere and the actress Allison Mack—were part of DOS, a top secret female mentorship program (read: sex slave pyramid scheme) wherein “slaves” submitted to all kinds of crazy “penances” (starvation diets, handing over naked pictures and intensely personal info for blackmail purposes). It is through DOS that Raniere cultivated his army of (per the FBI’s estimate) up to 20 sex slaves. According to her lawyers, Bronfman “did not know about DOS, had nothing to do with DOS, and did not fund DOS.” However, she did recruit women who were part of it and when she found out about the group’s nefarious activities she did everything she could to protect Raniere and harass and shut down his detractors. The legal charges against Bronfman are conspiracy to conceal and harbour illegal aliens for financial gain (she falsified statements to obtain a work visa for a NXIVM recruit from Mexico, and then failed to pay her properly) and fraudulent use of identification—for assisting Raniere in using a dead girlfriend’s credit card so that he could keep financial activity out of his name.

That doesn’t sound that bad compared to branding and sex slaves.

It’s true, the official charges against Bronfman lack the high drama and utter heinousness of certain other allegations surrounding Raniere and NXIVM. But, to quote Judge Nicholas G. Garaufis, who sentenced Bronfman: “Ms. Bronfman’s crimes were not committed in a vacuum. They were committed in connection with her role in NVIXM and her close relationship with Raniere, and I believe that it would be inappropriate for me to consider them divorced from that context.” His point being that pretty much any act committed by Raniere was enabled by Bronfman, even the ones she claims not to have known about.

Was Bronfman ever one of Raniere’s sex slaves?

Bronfman maintains she had no involvement in the sex slave ring that was DOS, but there’s no denying she and Vanguard had a close and bizarre relationship. Testifying at Raniere’s trial, former NXIVM member Mark Vicente revealed that Raniere once forced Bronfman to wear a jock strap on as a punishment for misbehaviour.

So is she a villain or a victim here?

Well, isn’t that the $116 million dollar question. Since NXIVM, like most cults, operated using a pyramid model, there are a lot of people who are both the abusers and the abused. No question there are many who see Bronfman as culpable. At last week’s sentencing, nine former members delivered victim impact statements, labeling her a “predator” and a “dangerous megalomaniac.” But there is also an understanding that she too has most likely been brainwashed. One former member talked about Bronfman’s relationship to Raniere, saying: “He used you. He pawned you. He made you feel special.” Another told her, “I pray that you will take the claws of Keith Raniere out of you, and you will learn who Clare Bronfman really is. He is killing you.”

Had Bronfman said anything?

In a letter written to the court last month she said that she “never meant to hurt anyone, however I have and for this I am deeply sorry.” But—and this is big—she remains loyal to Raniere. “Many people, including most of my own family, believe I should disavow Keith and NXIVM, and that I have not is hard for them to understand and accept. However, for me, NXIVM and Keith greatly changed my life for the better.” Whether she will still feel that way after 81 months of jail time remains to be seen.