Wait, What Did Aunt Becky Allegedly Do? The College Admissions Scandal, Explained

‘A catalogue of wealth and privilege’ stand accused of cheating and bribing their children's way into prestigious colleges. 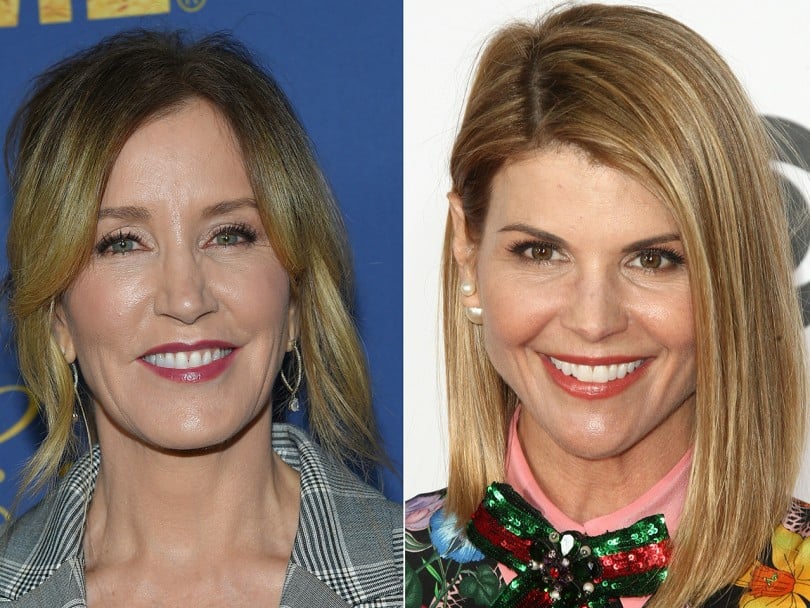 OK, start from the beginning. Why Are Lori Loughlin and Felicity Huffman in the news again?

On March 12, 50 people—including 33 parents, as well as various college coaches and administrators—were charged in six U.S. states over an alleged racketeering (a.k.a. fraudulent business) scheme. They’re accused of facilitating cheating as well as bogus athletic admissions to increase kids’ chances of getting into American colleges such as Yale and Stanford. Among those charged are two rather famous actors: Desperate Housewives’s Felicity Huffman and Full House’s Aunt Becky (real name: Lori Loughlin).

Between 2011 and February 2019, prosecutors say the parents collectively paid upwards of US$25 million (anywhere from $200,000 to $6.5 million apiece) to William “Rick” Singer and his company, Key Worldwide Foundation (KWF), which allegedly acted as a front for the operation. U.S. Attorney Andrew Lelling called the accused parents a “catalogue of wealth and privilege.”

Singer has already pled guilty and agreed to cooperate with the American government on its investigation.

Both Huffman and Loughlin have since been released on bail.

OK, so what did they allegedly do?

The charges fall into two major camps. The first involves alleged cheating on the SATs and ACT (the tests that most American colleges require students to take before they can apply for admission). Singer allegedly facilitated plenty of sketchy activities—from, investigators say, paying test proctors for altered results to paying people to take tests in place of kids to advising parents to fake learning disabilities for their kids (so they  could get more time on the tests or write them privately with the help of a complicit proctor).

The second camp of charges focuses on athletic admissions. Investigators say Singer hired people to create fake athletic profiles for kids so it would appear as though they were competitive athletes, then bribing college coaches to recommend those kids for their college teams. (In fact, most of the kids allegedly involved did not play competitively at all. For instance, Loughlin’s daughters Olivia Jade and Isabella Rose allegedly posed as rowers to gain entry to the University of Southern California.) Perhaps the most outlandish part of this whole fraud is that graphic designers were, investigators say, paid to Photoshop the faces of student applicants onto photos of real athletes.

Why are people allegedly paying so much just to get their kids into these schools?

Acceptance to elite schools carries with it prestige (and, often, life-long career and networking advantages). And the application process to elite American schools is far more cutthroat than that for top-ranked schools in Canada.

Prep can begin as early as grade 7, when kids have a shot at enrolling in the special Duke University Talent Identification Program, which provides gifted students with enrichment benefits including face-to-face and online learning by doing well on tests such as the ACT or SAT.

It kicks into high gear in high school when students start taking college-level International Baccalaureate and Advanced Placement (AP) courses and tests (which high scorers can use to stand out on apps and later as college credits) and in grade 11, when the nation’s top preliminary-SAT scorers can win the National Merit Scholarship.  College prep is also a big industry in the United States, with private tutoring companies making  serious cash from concerned parents—US$328 million in 2016.

How was the alleged scheme uncovered?

In an investigation by the U.S. Attorney’s Office in Massachusetts, internally titled Operation Varsity Blues—sorry, fans of the James Van Der Beek cinematic masterpiece—officials obtained emails and were court-authorized to record phone calls between defendants.

Attorneys have called it “the largest college admissions scam ever prosecuted,” according to CNN. At the moment, federal agents have not charged any of the students themselves because it appears most were unaware that their parents (allegedly) doctored their applications.

Why should Canadians care?

At least one Canadian has been charged in this alleged scam: Vancouver philanthropist and businessman David Sidoo. He is accused of paying $200,000 to have someone else take his sons’ admission tests (and also allegedly helped facilitate cheating for others). On March 15, he was released on $1.5 million bail.

This whole debacle is also a good reminder for Canadian parents who want their kids to attend elite American schools on just how intense admissions actually are. (And that’s before you get to the US$30,000+ per year fees.)

So what’s the fallout?

The Hallmark Channel has cut ties with Loughlin, pulling her from the series When Calls the Heart (in which she plays a widowed wife and mother) but confirming on Instagram that it will not be cancelling the show. However, the movie series Garage Sale Mystery (which also airs on Hallmark, and in which Loughlin plays a crime-solving consignment store owner) has been cancelled, according to Loughlin’s co-star Sarah Strange.