Carbon Dioxide Levels Are The Highest-Ever In Human History. So What Happens Now?

We’re nearing devastating levels of C02—with no signs of slowing down. 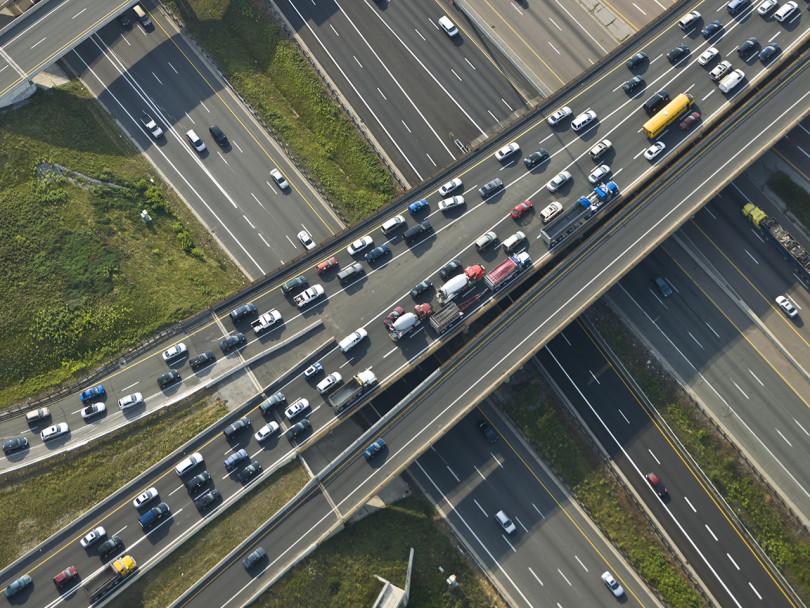 In early June, scientists from the Scripps Institution of Oceanography and the National Oceanic and Atmospheric Administration (NOAA) that track carbon dioxide (CO2) levels in the atmosphere from the Pacific Ocean announced that CO2 concentrations there have hit the highest level ever in human history—possibly the highest in three million years.

CO2 levels—measured in parts per million (ppm)—are the measurement of carbon dioxide concentrated in the atmosphere; naturally, they fluctuate and are affected by seasonal changes. But they have been rising steadily since the Industrial Revolution, due to man-made activities like a massive increase in manufacturing and of course, our growing dependency on fossil fuels.

What do rising levels mean?

For the last decade, climate scientists have been warning us that once we hit CO2 levels of 450 ppm, there will be catastrophic effects like more extreme weather and severe global heating. This last May, scientists at a weather station on Mauna Loa—Hawaii’s largest volcano—recorded a record-high average of 415 ppm. Up in the Arctic, where the levels are generally higher, NOAA recorded a 417.4 ppm average.

We hit 400 parts per million for the first time in 2014. Since then, we’ve seen record jumps in our global CO2 averages. During the ’80s and ’90s, we saw increases of 1.5 to 1.6 ppm per year. Over the last ten years, we’ve seen a jump to 2.2 ppm per year. Between last year and this year, the jump was at 3.5 ppm. If the current rate continues at an annual 3.5 ppm increase, that would give us 10 years before hitting 450 ppm—which would likely bring us to a dangerous global warming of two degrees (that’s higher than the report from the Intergovernmental Panel on Climate Change, which warned us about the threat of reaching 1.5 degrees).

There is one natural caveat to the massive jump in parts per million—there’s an El Niño event going on that may have contributed to the increase, as El Niñ0-related occurrences (such as increased wildfires from drought) can lead to more CO2 release. But there is no doubt that humans are the major cause of the increase in emissions, and any additional natural CO2 increases from El Niño only means we should be more vigilant about our own emissions—not less.

Where do scientists get these numbers?

Charles David Keeling, a geophysicist with the Scripps Institution of Oceanography (which is based at the University of California San Diego) began tracking carbon dioxide at Mauna Loa in 1958 and NOAA—best known for tracking hurricanes and other tropical storms—began making its own measurements there in 1974. The two independent measurements are then combined with other sampling stations from across the globe to provide a thorough dataset.

According to The Guardian, Keeling began taking records at Mauna Loa for “its isolation in the Pacific Ocean.” The isolation allows for a good average measurement of the Pacific’s CO2 levels, far away from direct continental interference. The annual CO2 cycle that he discovered there is called the Keeling Curve. Keeling found that CO2 levels peak in May, after plants and soil release CO2 during the fall and winter months, and just before the growing season, when plants begin taking in more CO2. Although measurements are taken year-round, the peak measurement signifies how close we are to that 450 ppm cutoff.

(As for the historical record atmospheric carbon levels prior to 1958, scientists use a variety of data taken from the natural world such as ice cores, tree rings and sedimentary rocks.)

Well, that sucks. What do we do now?

It’s not too late for us to curb the annual increase in ppm, if we’re finally ready to act. The first thing scientists say we have to do is slam the brakes on fossil fuel use. “Many proposals have been made to mitigate global warming, but without a rapid decrease of CO2 emissions from fossil fuels they are pretty much futile,” said Pieter Tans, senior scientist with NOAA’s Global Monitoring Division, in a report from Scripps.

Not only is CO2 one of the longest-lasting greenhouse gases—meaning once it’s in the atmosphere, it can linger for up to 1,000 years—it is also the one most intensively produced by human activity. That makes all of us—from governments refusing to act on climate change to corporations that guzzle gas to those of us taking unnecessary Uber trips for convenience—guilty. But it’s hard to make changes when our world is so dependent on unsustainable energy. It’s also creating a vicious cycle: in its most recent annual energy report, oil company BP reported that temperature swings from extreme weather led to the biggest global increase in gas consumption in more than three decades.

We’re admittedly facing a difficult situation, but instead of giving in to eco-anxiety, take heart that solutions are out there. And as overwhelming as it all might feel on a personal level, you can make a difference by keeping the climate change discussion going, voting for government officials that will make environmentally-friendly policies (there’s a federal election this fall, and climate change is expected to be a major issue due to recent extreme weather), or even just eating less meat.