How The Federal Parties' Climate Plans Stack Up 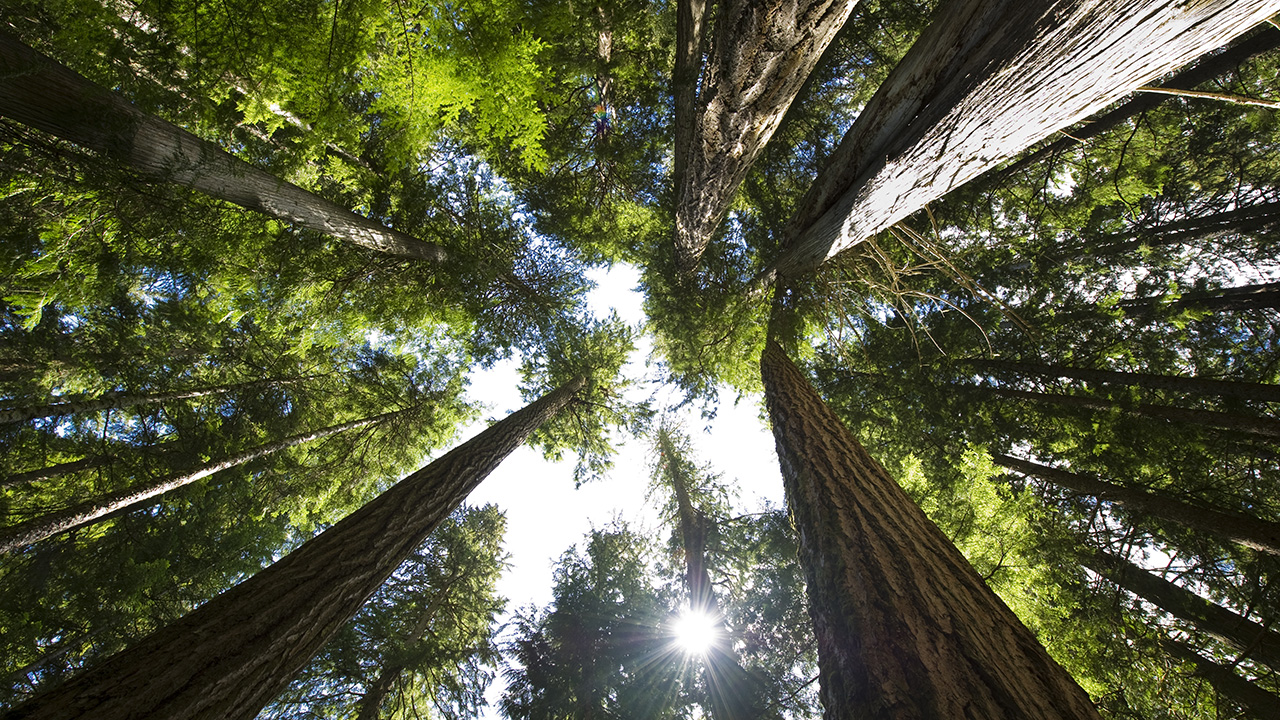 Climate change is not only an environmental issue or a green issue: It’s a health issue, an economic issue, an everything issue. And that means that every policy—whether about energy, transportation, infrastructure or even health—is a climate change policy. If we don’t fix climate change, we won’t be able to fix anything else that’s wrong with our world. And until we do, every election is a climate election.

Back in 2019, when the last federal election was called, we already knew that climate change was no longer an issue we could wait to tackle in the distant future. But today, we’re experiencing the impact of climate change even more viscerally—and quantitatively. Climate scientists like me are now able to put numbers on just how much worse climate change has made a given heatwave, wildfire or hurricane.

In June, an unprecedented heatwave out west shattered one temperature record after another. Scientists concluded a heatwave this strong was virtually impossible without climate change. The numbers have yet to be crunched for the wildfires that followed, with smoke that choked the air as far east as Ontario, but it’s estimated that during a previous record-breaking season in 2017, wildfires burned 7 to 11 times more area than they would have without climate change.

This past weekend, a category 1 hurricane made a direct hit on Newfoundland before moving on to Greenland. We’ve been hit by hurricanes before; but today, powered by warmer ocean waters, these storms are getting bigger and stronger, intensifying faster, and reaching further north.

In its sixth assessment report, released in August 2021, the Intergovernmental Panel on Climate Change called for a Code Red emergency. “Every action matters, every bit of warming matters, every year matters, every choice matters,” they’ve said. And today, those choices include our votes.

Here’s the good news: Going into this federal election, every major party has a plan to reduce carbon emissions. And here’s the even better news: three of them are consistent with both Canada’s contribution to the lower 1.5 degrees C Paris target1 and the brand-new International Union for Conservation of Nature goal of protecting 30 percent of land and oceans by 2030. These three parties are the Liberals, the NDP, and the Greens.

Also new for this election? Two of the parties—the Liberals (more ambitiously) and the Conservatives (less so)—have committed to investing in nature to reduce Canada’s emissions. Called “natural climate solutions,” these win-win measures involve protecting, restoring, and more carefully managing forests, wetlands, grasslands and agricultural lands. The opportunity in Canada is significant; if fully realized, natural climate solutions could reduce our current carbon emissions by as much as 11 percent per year by 2030.

In 2019, economist Andrew Leach and I ranked the four main parties’ climate plans by their ambition and feasibility. This time, their ambition is easier to grade, as the four main parties all have a goal of reducing emissions by 2030 compared to our 2005 levels. The Conservatives are aiming for a 30 percent reduction. That’s compatible with the higher, original 2 degrees C target under the Paris Agreement, but not the lower 1.5 degrees C one, so they get a B. The Liberals have upped their ambition to 40 to 45 percent, earning them an A-, coming in right at the line of what’s needed to keep global warming to 1.5 degrees C.1 The NDP have a target of 50 percent, giving them A; they want to be halfway to carbon neutrality by 2030. And, with a plan to reduce emissions by 60 percent, the Green Party earns an A+.

The BQ doesn’t have an official target, so their ambition grade is an N/A; but in an unofficial election survey they committed to a 60 percent reduction. If they had included this in their official platform, they would have scored an A+. Then there’s the People’s Party of Canada. If they simply ignored the issue, they’d score an F; but because they are using their “plan” to spread long-debunked zombie myths about the science, they get a Z for ambition.

Can the parties’ goals be accomplished? Or are they not worth the paper they’re written on? The feasibility of the various goals is harder to untangle, but it’s just as important as ambition, if not more so. Here’s how I break it down.

In 2019, we awarded the Conservatives an F for feasibility since their “climate plan” would have increased emissions, rather than decreasing them. This time around, they’ve increased their policy ambition and stated goals significantly. Their policies have also been independently evaluated to determine whether, if implemented, they’d achieve their goal—and both analyses agree that they would. Ordinarily, that would earn them an A: Even if the plan is not as ambitious as what’s needed, it’s feasible. However, I have to question the feasibility of implementing a climate plan by a party that voted earlier this very year not to add “climate change is real” to their policy book and that is running multiple candidates who continue to deny the reality of climate change and/or the severity of its impacts. I also wonder how they propose to cut emissions while simultaneously increasing fossil fuel subsidies and growing the energy sector. These four concerns downgrade their feasibility score to a B-, and that may be generous.

The Liberals earned an A for the feasibility of their 30 percent reduction goal in 2019. An independent analysis earlier this year confirmed their policies would accomplish this goal. Since then, they’ve shown that they can deliver on a federal carbon tax, and have proposed new climate policies consistent with their increased ambition. Since they came to power in 2015, however, greenhouse gas emissions have held relatively steady as increases from the energy, transport and building sectors cancelled out decreases in other sectors. To meet their new ambition of a 40 to 45 percent reduction, they’ve added a raft of new policies to their plan, including a cap on oil and gas emissions. One analysis suggests these new steps are likely to achieve a 40 percent reduction, the lower end of their target range. That gives them an A- for feasibility.

The NDP earned a D for feasibility in 2019. We questioned how they would navigate the already tricky issue of provincial versus federal jurisdiction, and how they would balance the interests of labour with their promise to remove competitiveness protections from carbon pricing, which would increase the challenges faced by industries like refining, steel and fertilizer, as well as other operations with union workforces. There hasn’t been a big change in their policies since then. They’ve added a shorter timeline for decarbonizing the electricity sector, border carbon adjustments, and a plan to tackle methane, the second most important heat-trapping gas after carbon. However, as economist Jennifer Winter points out, they still sidestep the crucial oil sands question. Overall, they get a small upgrade to a C- .

Then there’s the Greens. As we said before, they’re informed and honest regarding the extent to which our economy will have to be transformed in order to meet Canada’s most ambitious climate targets. In 2019, however, we gave the feasibility of their ambitious plan a C-. It lacked a realistic path to achieve their goals, given the logistical and legislative challenges facing the country, including issues of federal versus provincial jurisdiction. Their ambitious goal has an even shorter timeline now—but they also have a more urgent message. They’ll hold steady here at a C-.

The BQ’s plan is largely Quebec-centred. While no formal analyses have examined their plan, many of the smaller, more regional steps they propose—like redirecting Quebec’s investments in fossil fuels into clean energy and research, and replacing the national Hydrogen Strategy with Hydro-Québec’s green hydrogen program—would be plausible, assuming full collaboration with the province and the federal government. They earn a tentative B+ for the feasibility of their vague goal of “ecological transition.”

The way I think about it is this: Canada is on the Titanic. It is sinking. So how can we get off this boat and make it to a safer shore?

The Conservative Party’s climate plan formally acknowledges that the ship is sinking. There are many in the party who disagree—but as a whole, they propose to marshal people in a careful and measured manner towards the main lifeboats, making sure to not to tread on the toes of the oil and gas tycoons and other titans of industry on the way.

The Liberal party has realized there are more people than the main lifeboats can hold, and that we have to load up those boats at a faster pace if everyone’s to make it off the ship in time. So they’ve searched the whole ship and found all the extra boats, done some quick patching, and are piling people into them in an orderly but rapid manner. If they’re lucky, the number of boats might just be enough.

The NDP is helping load the existing boats, planning to buy more boats (though it’s not entirely clear from where, or whether they’d arrive in time), and ransacking people’s staterooms for anything else that might float—tables, benches, doors—to provide an extra safety net.

The Green Party is sounding the alarm as loudly as they can, pushing people towards the rail and urging everyone to hurry up, that the ship is sinking faster than we thought. They haven’t counted the boats, but they’re doing everything they can to move people towards them as quickly as possible. In fact, it’s in large part due to their warnings that everyone else is moving faster than they previously were.

The BQ is guiding people into boats at a rapid pace as well, though with a focus primarily on their fellow Quebeckers.

Finally, the People’s Party of Canada is sitting in the ship bar, hurling abuse at anyone who attempts to claim the ship is sinking. As it lists to one side, they double down, claiming that it’s just a wave pushing us over temporarily and those alarmist sailors have no idea what they’re talking about.

We aren’t the only ship in the ocean, though. Climate change is a global problem and Canada is the ninth largest cumulative global carbon emitter. Even if we do everything we can by ourselves, that won’t be enough to fix the problem.

What we plan for outside our borders is just as important as what we do inside them. And with the COP26 climate meeting coming up in Glasgow in November, there will be collective choices made about what is and what is not acceptable, who is or who is not rowing the right direction, and who is sinking their ship. So what I’d like to see from the leaders of each of the parties is more about Canada’s role in a world that is collectively acting on climate change. I’d like for each of them to recognize that we sink or swim together, not apart. And by exerting our influence and our leadership, and using our voices to advocate for change beyond our borders, we can help change not only our own country, but the world.

Where do you come in? By using your voice—and your vote—to advocate for change. That’s how ordinary people have changed the world before, and it’s how we can—and must—again.

Katharine Hayhoe is a climate scientist and a professor at Texas Tech University who wrote this in her personal capacity. Her new book, Saving Us: A Climate Scientist’s Case for Hope and Healing in a Divided World, will be released the day after the election.