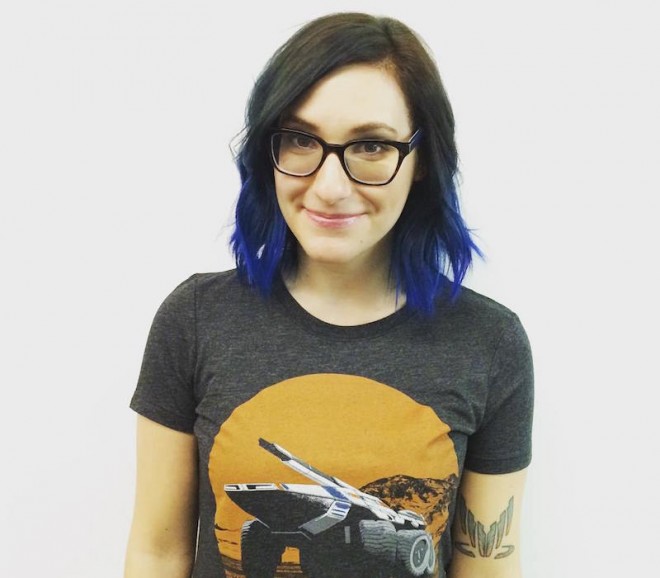 Did you know that it was a woman who first discovered nuclear fission? And the first viable treatment for leprosy? And the flat-bottomed paper bag? Probably not, right? Sam Maggs, gaming expert and author of the new go-to feminist history tome Wonder Women: 25 Innovators, Inventors and Trailblazers Who Changed History, tells the stories of female innovators omitted from our textbooks. Here, she discusses why women are owed more idols than Marie Curie (inspiring as she was).

Who did you write Wonder Women for?
For all the women, especially women of colour and queer women, who’ve never seen role models who look like them in STEM fields. It was about bringing to light forgotten stories of women who were innovators and pioneers in a time when it was incredibly difficult to be them. Growing up, we rarely see women’s accomplishments represented in our textbooks; we sort of re-tread the stories of the same two or three women. We see Marie Curie, or potentially Ada Lovelace (founder of computing), but that’s it.

Well, I mean, we have Marie Curie. What more do women want, right?
[Laughs] Yeah, she’s cool, but she has so many amazing contemporaries too.

Women have always been in science and tech, but they haven’t always been seen.
The tragic thing is that throughout history, so many women have had their accomplishments erased by time — or stolen by a male colleague. Or they weren’t able to take credit because of their gender or race.

Right. Because, as you say, history is written by the victors, and very often the victors have been straight, white dudes. That doesn’t exactly bode well for female trailblazers.
Absolutely. And they’re not only erased because dudes wrote the textbooks. Women couldn’t file for a patent because a) Patents were property, and women couldn’t own property; and b) Businesses were afraid that if customers found out something was invented by a black woman, they wouldn’t buy it. 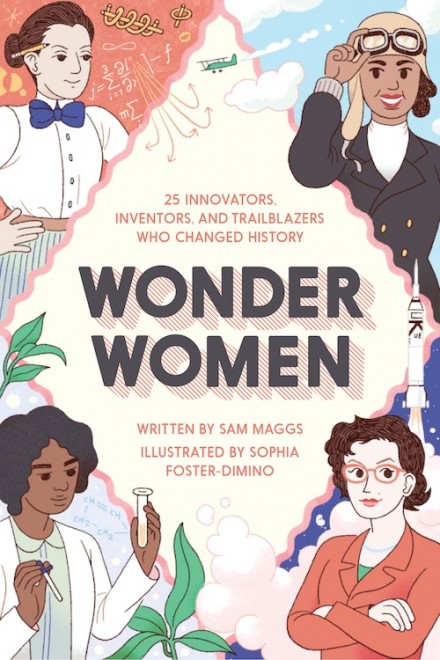 I was struck by the story of Rosalind Franklin, who was instrumental in the discovery of DNA, but you only hear about Watson and Crick.
It’s tragic. One of the women I highlight in the book is Alice Ball, who discovered a cure for leprosy. She died from the complications of finding that cure, and then her male boss published the paper with the findings. Everyone was like, “Yeah! You did it!” And he was like, “Yeah! I sure did!” So they named the cure after him. I don’t know if it made you angry reading that, but it made me angry to write it.

Which of the 25 stories resonated with you most?
There are two in particular: The first is Anandibai Joshi, the first Hindu woman ever to come from India to North America and earn a western medical degree. She did it because she’d become pen pals with a young widow in New Jersey — I love that female friendship made that happen. Another one I like is Marie Equi, who was a reproductive rights activist in 19th century Oregon. She was a lesbian, and she defended her girlfriend’s honour by chasing men away with a horsewhip.

I also didn’t know that 80 per cent of code breakers during World War II were women. Yes, Keira Knightley’s in The Imitation Game, but the gender dynamic in that movie was definitely skewed.
Movies always show a woman supporting a dude, but so much of history is women supporting women. And that’s how change was made.

Hopefully we get to a point where these stories are not exceptional, like, Look! Women doing things.
Yeah, women’s accomplishments are always taught in Women’s Studies. Those of men are taught in a mandatory course called “history.” The main takeaway from Wonder Women is that people really are the same in any time, any era: Women just want to be able to use their brains and work to their full potential.

More:
The sperm donor who lied — and the couple that’s fighting back
Here’s what winter will look like across Canada this year
How to carve a Justin Trudeau pumpkin for Halloween