What the rest of Canada can learn about sex from Alberta

Women in Wild Rose Country reported having more frequent and satisfying sex than ladies anywhere else in the country. Here’s why. 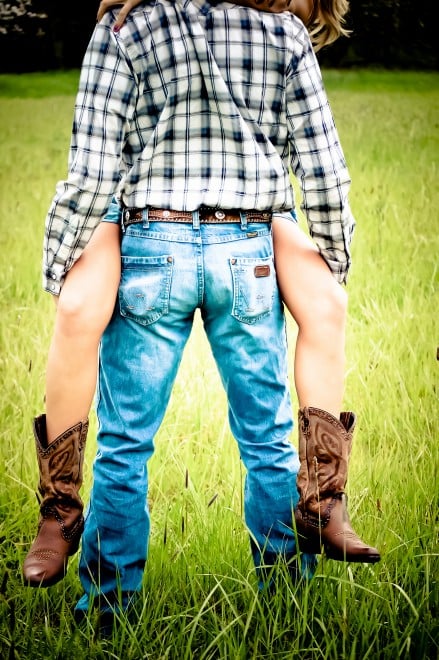 Last year, Chatelaine surveyed 1,000 women, ages 35 to 45, about pretty much everything — love, money, health, career, kids, sex — and found that results often varied drastically from province to province, leaving us with a lot of burning questions: Why do B.C. women report greater levels of happiness? Why do Quebeckers cook more often than everyone else? Why do Atlantic Canadians feel like they’re killing it at parenting, while the rest of the country wallows in kid-rearing guilt?

To better understand our fellow Canadians — and steal their best practices — we asked experts to explain our differences in a series of posts, starting with the mother of all subjects: sex. Sixty-six percent of Albertan women say they get busy at least once a week, compared to 50 percent across the rest of Canada. They also reported more relationship satisfaction than women in most other provinces. Here, five sex specialists interpret (i.e. generalize and speculate in a highly educated manner) those numbers.

Related: The Canadian woman at 40(ish)

Tami-lee Duncan, psychologist and sex columnist for Edmonton’s VUE Weekly Magazine
“One of the factors, historically, has been Alberta’s robust economy. In your survey, Albertan women said they were less concerned about wanting more money, and that might be a factor. Traditionally, Alberta has been in a less stressful economic climate. I’d be curious to see if Albertan women are having less sex now, given the current recession the province is facing. I also think industry is a factor. A lot of jobs here are remote; they’re oil jobs, so if partners are working out of town it prevents them from de-prioritizing sex. It doesn’t become routine, like ‘we’ll get to it on Tuesday’ and then Tuesday is busy and it doesn’t happen. When a partner is absent for intermittent stretches [gone during the week and home on the weekend], couples tend to have sex more frequently because there are obvious points of reconnection: Return, have sex, leave.”

Carolyn Clare, Calgary-based psychologist specializing in sexuality, gender and relationships
“Seventy-one percent of Albertans said that companionship kept them in their relationships, and that was higher than the rest of Canada. There’s research that really supports the idea that deep friendship is the foundation of intimacy and satisfying sex, so I wonder if the women in this study, who talk about companionship, have more of that deep friendship which promotes not only intimacy, but sexual intimacy.”

Dr. Trina Read, Calgary-based author, sex coach and columnist
“People who are in the Prairie provinces tend to be a lot more laid-back than people from the Eastern provinces. People from Toronto, for example, tend to be ‘work hard, play hard,’ so not only are they commuting a lot, but they’re also putting their kids in 10 different activities every week, so they have to drive around and they simply don’t have the time or the energy to have sex. We don’t have those social pressures put on us in Alberta — or we don’t feel the same need to follow through on those social pressures. We don’t have as much responsibility because there’s not that crush of time — responsibility and good sex just don’t mix.”

Matt Johnson, assistant professor of family ecology at the University of Alberta and co-author of the 2016 study Skip the Dishes? Not so Fast! Sex and Housework Revisited
“Incomes in Alberta tend to be a bit higher than other provinces in Canada, and having higher socioeconomic status is linked with having less stress. When couples experience less stress, particularly around the tasks or needs of daily living, then their relationships have a better chance of flourishing. Applied to sex life, if people live in a context where the incomes are high and they’re able to have adequate funds to manage their lives, then they have more time to devote to their relationship, which may spill over into the bedroom. Money certainly does buy happiness to a degree; that’s not an absolute link, but it does matter.”

Cheryl McMeeken, Calgary-based sex and relationship therapist
“From my experience with my clients, there’s a big focus [in Alberta] on making your life the best it can be or maximizing your pleasure. Also, when people have their basic human needs met, then they have time to philosophize about bigger things, such as ‘how I can improve my life?’ In general, people have a fairly good life in Alberta — maybe this year excluded — but overall, they have time and energy to focus on what we want. Part of your survey said Albertan women didn’t yearn for more money—instead, they yearned for more travel. That’s more of a focus on wants rather than the needs. ‘I want adventure.’ And sex is a small a version of adventure.”

FILED UNDER: Alberta sex This Is 40(ish)