How To Help A Woman Transitioning Out Of An Abusive Relationship

Six critical things you can do now. 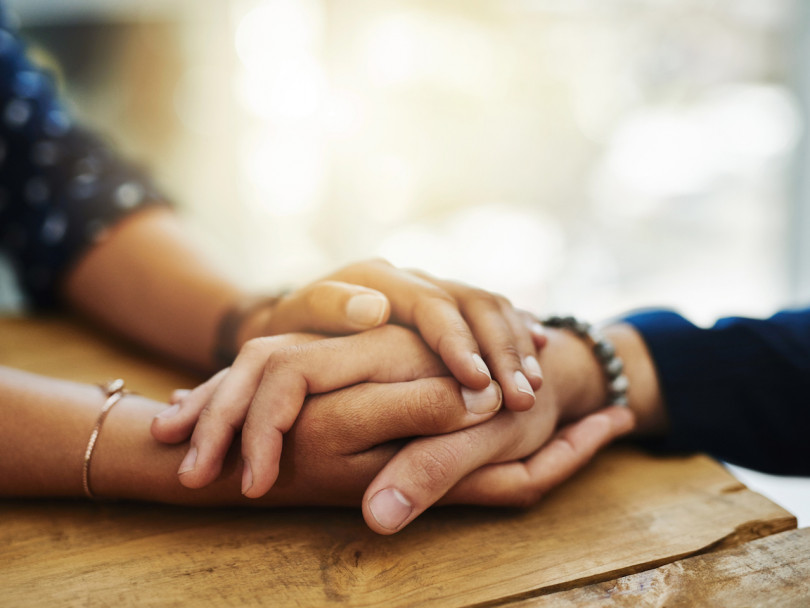 Every 2.5 days, a Canadian woman’s life is taken. It’s more likely she’s killed by an ex or current partner. She is least safe in her own home.

Intimate partner violence and family violence is one troubling subset in the continuum of violence against women. It accounts for more than half of criminal cases related to assault each year. And Indigenous women in Canada experience abuse at the hands of former or current partners and family members at more than double the rate of non-Indigenous women.

Recent cases of family violence such as the murder of Dr. Elana Fric by her husband Mohammed Shamji and the murder of 11-year-old Riya Rajkumar by her father Roopesh Rajkumar only further underline the gaps that exist in how we address violence against women as a society and the need for greater protections for girls and women, especially when they choose to leave abusive partners or are forced into contact with a family member who has a history or record of abusive behaviour.

While systemic changes are integral to improving the way we respond to and prevent gender-based violence, much can be done to help women and kids at the individual level, too.

Here, six critical things you can do to help someone in an abusive relationship.

The most important thing you can do for a woman confiding about abuse is to believe her, says Ginger McPhee, executive director of Chrysalis House, a shelter in Nova Scotia.

“A lot of times when a woman opens up about what’s happening people get caught up in the story and start to decide for themselves what they believe or don’t believe and who’s to blame,” she says.


McPhee intuitively understands how belief can positively affect a woman’s mental well-being and physical safety. Her first experience with Chrysalis House was as a guest. In 1997, and after weeks of planning, she fled a violent and abusive partner, taking her young daughter with her.

“I know we stayed safe because people believed me and helped me plan and prepare to leave,” she says.

After McPhee left the shelter, however, she had to contend with some people in her life who minimized her concern about her continued safety. Some thought she was “being ridiculous” when she told them that her ex “would make my life hell for as long as he could.”  Those people were wrong. McPhee was stalked, harassed and hauled into family court more than 30 times in the first two years after she left her partner. Once, at a stoplight, he leapt into the passenger side of her car. After that, she drove with all her doors locked.

“There’s a long period of time after leaving an abusive relationship where there’s a great deal of struggle,” she says. In addition to safety concerns, there are often financial, legal and custody issues. “It affects multiple areas of people’s lives and it’s not resolved quickly.”

More than two decades after leaving her relationship, McPhee was recently served with family court papers. Her ex is disputing the government’s attempts to get him to pay child support arrears. McPhee, who raised her daughter without the aid, wasn’t consulted when the government decided to pursue him.

“These systems designed to help and protect work in many cases, but it doesn’t work in every situation and there are abusers who will continue to do things that make your life challenging and I think that people forget that,” she says.

The necessity of being believed can directly affect how a woman is (or is not) protected by her community. McPhee, who worked in customer service at the time, credits her then-employer for adapting her hours and allowing her to work in the back of the store as opposed to the front to increase her personal safety.

Familiarize yourself with local shelters

There are more than 550 shelters in Canada offering services to women experiencing abuse. Last year, more than 68,000 women (the majority with small children) used shelter services.

Are you aware of what shelters are in your areas—or what services they offer? Knowing these things can be a significant way to help a friend or loved one in crisis. While it’s critical to respect a woman’s decision to deal with her personal life as she sees fit, you can offer aid by investigating options for her and letting her know the services she can use.

“Shelters are more than just places where women get a roof over their head and a meal,” says Nancy Smith, executive director of Interval House in Hamilton, Ont. “They are unique spaces where [a host of] experts collaborate to offer women advice, expertise and support” and ideally have better outcomes in all of the systems—criminal, legal, children’s aid—that they may have to deal with.

A shelter offers not only a place to stay, but an experienced support system that helps them navigate their concerns, from immigration issues to finding housing. Moreover, you don’t need to be a shelter resident to access them.

“Many people don’t know that you don’t need to be in-shelter to access the services they offer,” says Lise Martin, executive director of Women’s Shelters Canada, a non-profit that advocates for women’s shelters nationally.

Once you’re aware of the services offered to support women experiencing violence, consider how you can support their work.

On May 1, Women’s Shelters Canada released a report called “More Than A Bed,” which highlights the fact that most shelters in Canada are doing more with less. Many are facing capacity challenges, high staff turnover (due, in part, to the inability to pay competitive salaries) and also require renovation in order to be more accessible to older women and those with disabilities.

“Money is a big one,” says Smith. “Donate financially if you can.” Many shelters rely on donations and fundraising to stay afloat. “We have to fundraise $630,000 every year to offset our operating costs. The government doesn’t fully fund us.

You can also donate gift cards for the women staying in shelter. “Gift cards give women the dignity and respect to shop in stores and get what they need,” says Smith.

You can’t solve another woman’s problems for her, but you can help her better deal with them by offering to fill in the gaps; for instance, watching her kids or driving her to a shelter so she can connect with a support worker.

Should she leave, offer to buy her some clothes and and replenish her toiletries: “People forget that a lot of times women show up at a shelter with a small bag and that’s it,” says Smith.

Another thing you can do: ease her mind by offering to take in her pets or to help find foster homes for her animals. Research suggests that concerns about the safety of pets—only about 19 per cent of shelters can afford to offer pet services—keep many women in abusive homes.

“One of the major challenges of an abusive relationship is that you become isolated from family and friends and your community,” says McPhee. That isolation can perpetuate abuse and feelings of helplessness. Don’t lose touch with a friend in crisis—reach out and make it clear you’re there for the long haul. That may mean supporting her in the relationship, too. About one in five women who go to shelter return to an abusive partner.

“People who don’t have any familiarity with family violence, and who may have the best intentions in the world, don’t understand why women don’t leave or return [to abusive relationships],” says Pamela Cross, legal director of Luke’s Place Support and Resource Centure in Durham region, a non-profit exclusively focused on helping women fleeing abuse navigate the family court system. The reasons are various and valid: “Sometimes I think it’s kind of a miracle that women leave at all.”

Celebrate and support those miracles, says Cross, but make it clear that you’re there for her and her kids—even if you don’t always understand her decisions.

For starters, ask the Senate to pass Bill C-78. “Right now, the federal government is considering major revisions to the Divorce Act,” explains Cross. The revisions include a set of provisions that identify family violence as something a judge has to consider when making determinations about custody and access. Moreover, there need not have been criminal charges for the violence to be considered and the violence doesn’t have to be physical, it can include financial control, threats or harm to pets.

The bill is currently sitting with the Senate and if it doesn’t pass before a federal election is called later this year, it may never come to fruition. To prevent that, Cross advises people to reach out to as many senators as you can, sending them an email that asks them to pass the bill before the election is called.

Additionally, if you live in Ontario and are not happy with the provincial government’s recent cuts to legal aid—which may make it harder for women attempting to leave abusive relationships to access legal help—then let your MPP know.

You can also urge the federal government to adopt a National Action Plan on Violence Against Women, says Martin. While the Trudeau government established a gender-based violence strategy in 2017, it won’t have any real traction unless it includes a financial commitment from provincial and territorial governments.

For example, as the just-released report from Women’s Shelters Canada points out, women fleeing violence experience varying levels of support, from legislation to access to shelters, depending on what province they live in. A National Action Plan could go some way toward addressing those inconsistencies as well as provide greater legislative consistency (for instance, making a protective order against a former partner in one province valid in another).

It all starts with hearing women’s stories. McPhee, for one, is committed to speaking about her experiences—even if it makes people uncomfortable. “We need people to stop doing nothing,” emphasizes Smith, “so we can have an impact on the next generation.”