The top 10 product releases of the year, according to Forbes; a ballerina fights back against the critic who called her fat; a revealing profile of Oprah and her future plans; why Twitter is for narcissists; and breast cancer is on the rise among pregnant women. 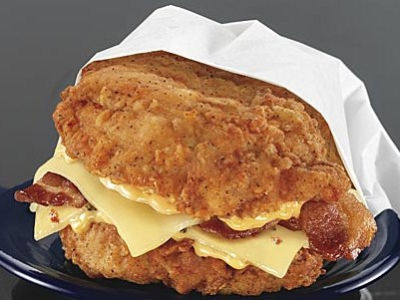 Close your eyes and imagine the most memorable product that was released in the past year. Was it Apple’s sleek iPad? KFC’s notorious Double Down sandwich? Huggies jean diapers? All three made Forbes’ list of the top 10 product launches of 2010. See if any of this year’s holiday gifts made the cut.

The dance world is in a kafuffle over a recent review by New York Times critic Alastair Macaulay, who said ballerina Jenifer Ringer looked like she had eaten “one sugar plum too many” in a current production of The Nutcracker. The dance community jumped to her defence, and now Ringer, who struggled with eating disorders in her youth, is speaking out. Ringer appeared on TODAY, and told viewers that “as a dancer, I do put myself out there to be criticized, and my body is part of my art form…at the same time, I am not overweight.”

While we all may have different feelings about the end of Oprah’s epic run hosting daytime television, we can all learn something about the diva of talk from the excellent Oprah profile available now in the online magazine Slate. The piece delves deep into her past, but also looks forward towards her ambitious plans for the future: if you thought we were headed towards life after Oprah, think again.

There are three types of people when it comes to Twitter: those who are completely addicted to it, those who use it but don’t understand it, and those who think it’s the sound a bird makes. For those of you in the second and third categories, the Pew Research Centre has released some new data that may validate your lack of commitment to the new social networking medium. It turns out Twitter users are way more likely to post information about themselves than to read what other people are posting, which, in our estimation adds up to narcissism 2.0. Does that fit into 140 characters?

Breast cancer rates among pregnant women are on the rise, as couples choose to delay child bearing until they are older, a new study suggests. Experts recommend that the cancer treatment be as close to that of a non-pregnant woman as possible. The study also found that the chance of birth defects in babies were higher in those whose mothers had breast cancer, regardless of the treatment the mothers received.