Texting etiquette: The 10 do's and don'ts

Make sure your texting etiquette is up to par with these top tips from Daniel Post Senning, spokesperson for the Emily Post Institute. 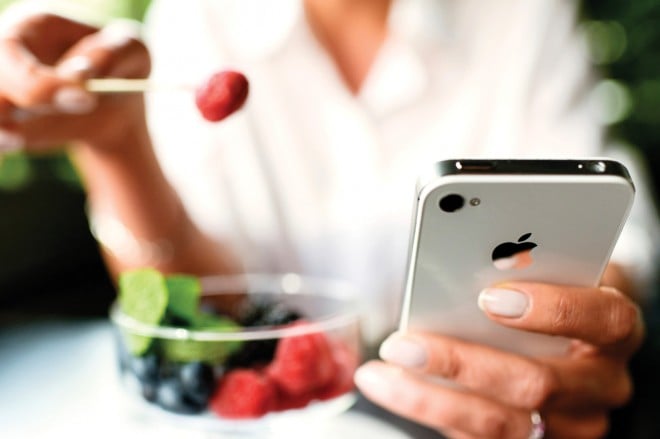 According to the Canadian Wireless Telecommunications Association (CWTA), Canadians send an average of 250 million text messages a day. The convenience, quick response time, and casual nature of texting have made it the go-to choice for communication. But are you minding your manners?

Daniel Post Senning, spokesperson for the Emily Post Institute and author of Emily Post’s Manners in a Digital World: Living Well Online, helps you mind your texting Ps and Qs with these essential tips.

When you receive a text, try to respond in a prompt fashion. “There is a certain etiquette to being timely with texting and an expectation that the replies will come as soon as possible,” says Post Senning. “At the same time, you’re not beholden to your device. If it’s not an appropriate time to reply, just wait and do it later.” And speaking of waiting…

We’ve all witnessed it — hard-core texters typing messages in movie theatres, during plays, funerals, and religious services. And we all have that friend who cannot sit through a meal without whipping off a quick text from the table. “The biggest mistake people make is not thinking about where and when they’re texting,” says Post Senning. Texting during public gatherings can be considered rude, insensitive and annoying. Would you make a phone call in such a setting? Probably not, so the same rule applies to texting. If you simply cannot wait, excuse yourself from the movie, event or dinner table and text outside where you won’t disturb others.

“Texts are a shorter medium of communication, a little bit like an answering machine message,” says Post Senning. “If it gets too long, the text becomes a burden to the person on the receiving end.” If you have a lot to say, break up the message into several texts, so it’s easier for the receiver to read.

It’s not fun (or polite) to be told via text that your husband wants a divorce. Just ask Katy Perry. In 2011, the singer’s then-husband Russell Brand chose the medium to dissolve their marriage. Similarly, other life-changing news such as being laid off from work, or a death in the family shouldn’t be sent by text either. “Messages with emotional content are better delivered by phone, or in person. You get more information from the tone and inflection of voice, facial expressions, and body language than you do from the written word, and there’s less chance your message can be misinterpreted, or cause hurt,” says Post Senning.

5. Do re-read your texts before sending

They’re fun to giggle at when they’re posted to Facebook, but autocorrect errors aren’t always a laughing matter when they happen to you. “Save yourself some embarrassment and show some care for the person you’re communicating with by taking the time to re-read your message before you hit send,” says Post Senning.

6. Don’t send too many attachments

It’s fine to send an important photo or link, but texting too many — especially if they’re risqué or boring — and you might be going too far. “You don’t want to be the person who floods people with baby photos or lunch pictures. You don’t want to overwhelm people with stuff they’re not interested in, or send anything that might shock or offend them,” says Post Senning.

7. Don’t forget to double-check the recipient

Be extra careful with the autofill function in the text’s ‘send’ field. Typing in the first letters of someone’s name and relying on autofill to do the rest could result in an awkward situation when the wrong James, or Jill receives your message.

8. Do use proper grammar

Your friends, family and co-workers might be in the dark about the latest texting abbreviations, so err on the side of caution and use correct spelling and punctuation. “Not everyone interprets shorthand well, and you want to make sure that you’re understood,” says Post Senning. It’s fine to add emoticons or emojis to convey your feelings — just don’t go overboard with their use. Too many emojis can turn your text from endearing to annoying.

9. Don’t text too early or late

Some people use their cell phone as an alarm clock, while others have a tone that goes off every time a text is received. To avoid waking someone up, don’t text too early or late. “The rule is 7am to 9pm, but if you know the person well, you can probably push that range out a little bit,” says Post Senning.

Drivers distracted by texting often cause fatal car accidents. If you have an urgent need to text, find a parking lot and send your text from there.