Ryan Reynolds is hot, North American seafood is not, and PIN-less debit cards will soon be here

It is with great pride and more than a little admiration of his sculpted abdomen that we announce Ryan Reynolds – our own Ryan Reynolds! – has been named this year's sexiest man alive by People magazine. 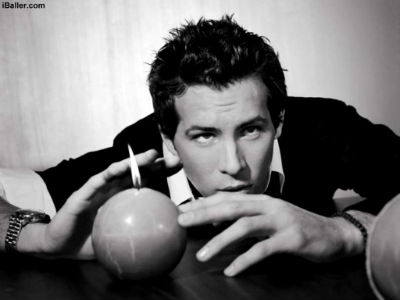 It is with great pride and more than a little admiration of his sculpted abdomen that we announce Ryan Reynolds – our own Ryan Reynolds! – has been named this year’s sexiest man alive by People magazine. The Vancouver native is married to GQ‘s sexiest lady of the year, Scarlett Johansson, making the pair one of, if not the, most annoying yet spectacularly easy-on-the-eyes couple in existence today. They should give out an award for that.

A new investigation has found that some of the seafood sold in North American grocery stores may be tainted with toxic chemicals. The investigation by MSN’s Today found that a high percentage of certain types of seafood imported from overseas contains banned chemicals that can cause anemia, cancer and even birth defects. The most high-risk seafoods are shrimp, catfish, crabmeat and tilapia imported from China, Taiwan, Vietnam, Malaysia and Indonesia.

It has always been Interac’s noble goal to help you buy things faster, and next summer the company will roll out PIN-less debit cards in the name of that valiant cause. Much like Mastercard’s PayPass system, users will simply flash their new Interac Flash debit cards at designated readers. No pesky numbers to type in! Apparently there is “zero liability” protection for consumers, which means buyers can dispute purchases made with stolen cards. There is a catch: purchase limits will be low, at least to start out. Experts predict the most you’ll be able to spend in one go will be around $50.

Is American airport security too invasive? John Tyner, a 31-year-old software engineer thinks so, and has found himself in the media spotlight after refusing to submit to a body scan and then denying a pat down after the official told him he would have to touch his groin. Tyner recorded the incident on his phone and posted it on his blog, and the kerfuffle has a lot of people questioning the lengths to which we’ll go to ensure inflight security.

If you struggle with high blood pressure that does not respond to medication, a new treatment that zaps key nerves may be the answer. The experimental treatment uses radio waves to damage the nerves near the kidneys that fuel high blood pressure, causing the arteries to permanently relax. A new study of the procedure has found that blood pressure dropped by an average of 33 points in those who had the procedure – much better than the drop that drugs usually provide, which averages below 10 points.