After My Divorce, I Realized I Need To Make Some Even Bigger Changes

‘This is why some people just stay married.’ As a newly single mom, life was an endless marathon. Then I took a summer-long breather. 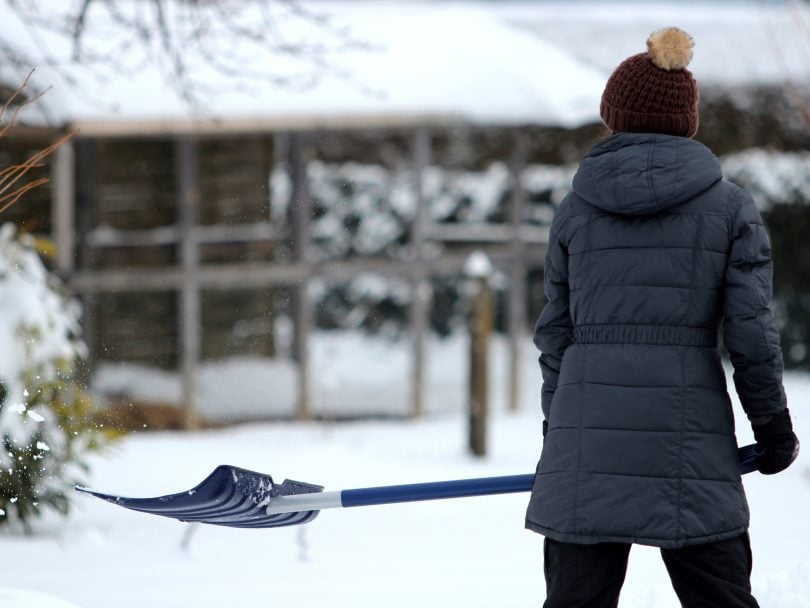 As a newly single parent, getting dressed for work, I shimmied into a sheath dress I hadn’t worn in months (not since before he left). And realized there was no way, not a chance, that I could do up the zipper myself. It went too deep and too high and my arms, apparently, didn’t work that way. In a previous life, this would have been his job. I may not have even had to ask because he would have noticed. He may even have put his nose in the nook of my neck and kissed it while zipping up the dress. But he was no longer here.

After contorting myself into many unnatural positions, then failing and falling (and tearing my new stockings in the process), I bribed my 3-year-old son with Girl Guide cookies to help me. But with only a few tugs, the zipper broke off in his tiny, chubby hands. He cried and I fought back my own frustration as I covered my exposed back with a blazer and heard the rumble of the garbage truck ambling down my street.

Of course, it was garbage day.

I ran around the house, collecting all of the garbage from the 38 places we had for it while trying to coerce my boys to eat their breakfasts faster so that they could get their snowpants and gloves and hats and scarves on. And then I dragged the bins down my snow-laden walkway he wasn’t there to shovel, another task in the unspoken division of household labour that had been his.

On my way back up my front steps, I tripped over the handle my snow shovel and soaked the front of my dress. I picked it up and started heaving the heavy, wet snow onto my lawn. A lovely neighbour passed me and smiled. In that moment, I must have looked like some kind of modern-day, single-mom version of American Gothic with the blazer, boots, soaked dress, messy hair, shovel in hand.

I smiled back and whispered to myself, “You’re right. This is why some people just stay married.”

In the beginning, it is not the minutiae of the day—the shovelling, the child wrangling, the endless tasks—that gets to you. It is the nights that are the worst.

Once all the dishes are drying and the lunches are packed, all the clothes are folded and tiny socks paired to varying degrees of success, and the kids are finally asleep, it’s just you and the overwhelming quiet.

When you imagine yourself walking down the aisle and all the things you may hope that follow; houses, puppies, kids, you rarely imagine the flip-side—the nearly 50 percent chance we seem to compartmentalize—what if we separate? We were different. We had something that was better than that ominous statistic—we thought we had staying power.


And so when I first joined that statistic—the 50 percent of marriages that end in divorce—I’d sit down in the quiet and let it envelop me. And not in a good way—not like the kind of quiet I’d craved when it was me and him and the kids. It was a terrifying, please-don’t-swallow-me-whole kind of way. And then I would cry. I’d curl into a ball on the couch, iPhone in hand, and cry the kind of ugly tears that spill out and over everything. The kind, I guess, I was holding back for years.

Very quickly after our separation, life officially became a marathon that I was running daily. Those actual marathons I had run in a past life were nothing compared to this—namely because there was an end in sight. The only achievement was that even sweaty, dishevelled, bad-hair me still made it to work on time, earned a paycheque, and got dinner on the table. But then I’d have to do it all over again the next day.

That snowy morning, I realized that surviving is not the same as thriving. Ten years after meeting my husband, buying a house, birthing two babies, and then separating, who was I now? Who did I think I was? I certainly wasn’t the carefree, sexy, career-driven person I had fancied myself to be. But I also wasn’t just a mom or an ex-wife. I needed to figure out who I wanted to be now.

And so after months of quiet, months of tears, I literally threw my hands up and said “Ok life, you win, I give up” and I decided to take a summer off from work. I wanted to do the things we only dream about doing: smell the flowers, run aimlessly on a meandering trail instead of the same seven kilometres on my treadmill before the boys woke up. I wanted to actually watch them do things. I wanted not to stress out when their faces were covered in ice cream. I wanted to pause and breathe it all in.

The “Summer of Charlotte” started as a bit of a joke. As part of the summer of “funemployment,” I’d decided to meet all of my Facebook and Instagram “friends”—people from moms groups, friends of friends who I’d connected with but never met, in person. The eight pounds I gained that summer proved that I had gone on exactly 58 “first dates”—58 coffees, scones, pizzas and ciders.

It healed a hurt I didn’t know I had been carrying, gave me a ton of opportunity—and a negative bank balance. It allowed me to walk miles for no reason, to wander, and to feel again.

Summer of Charlotte also showed me that I had a huge circle of friends, far larger than I realized. People were constantly offering help, time, nights out, meals for my freezer. Maybe, I thought, my idea of spending life with and belonging to one person was antiquated. Maybe I only needed myself.

It was easy to look ahead to being alone now: I mean, I’d become adept at taking out the garbage, tending the garden, shovelling snow. I was basically juggling knives while wearing stilettos and making my own granola. What use was there for another person in this life I had created? What time was there for anything else?

Once I had made that decision, things felt easier. I felt less pressure. I felt more relaxed and less worried about my own future, and that of my boys. I also realized that I could not assert control over every single thing—in much the same way I could not control the demise of my marriage, I couldn’t control when things happened, or didn’t. And so when one of my 58 first dates convinced me to go on a blind date with one of her friends and colleagues, I didn’t say no.

She sent us each a message on Facebook connecting us and telling us we should meet. She said my life lent itself to its own Netflix series and pointed out that we both had tiny backyard gardens.

In her endorsements of him, she said he had a daughter. So he’ll get it, I thought. He was employed. That was always good. And then she regaled me with a tale of him breaking into her basement when she was away during an ice storm to make sure her house wasn’t falling apart and it was the sweetest and most Say Anything moment I had ever heard and we made plans to meet, shuffling through kid-time and after-school activities to find a mutually free night.

After dinner with some friends, I rushed over to a bar near my house that I’d never actually been to. I realized immediately I wasn’t dressed for a date, if that’s what this was. I hadn’t left myself time to go home in between these two social engagements, to fix my hair, do my makeup. Nothing. But it was also the last day of July and it was hot, and he was on the patio, he’d texted me to say. He was easy to spot from across the street where I had strategically parked so that I had the benefit of walking across the street and deciding whether or not to bolt in those last moments.

And then I promptly did everything wrong.

I gave him the “executive handshake”—you know? The one where you shake a person’s hand and cup it with your other hand? Like it was a business meeting. And then I ordered a drink but nervously didn’t drink it until the last five minutes when I downed it in its entirety, like a drinking game. But mostly we talked about all the things; our kids, the city, work. As the words came hurtling out of my mouth, I realized how unappealing a recently unemployed by choice single mother of two who is taking time to “write” must have sounded.

And then, to appear as much of a train wreck as possible, I unilaterally wrapped the date up after about 40 minutes, mostly because by that point my anxiety was through the roof and I was sweating. As much as this stranger had a certain pull, I needed to escape.

He stood up to say goodbye. We hugged, an awkward “I have not been touched by anyone in a long time” hug and I left. I sent my friend a message to thank her for the connection and said it was fun.

When I got home, I took off my belt, kicked off my sandals and sat in the quiet. And then I immediately put him out of my mind. It was fun, but my life was a delicate mess, teetering on implosion at the best of times. He seemed too nice to drag with.

And so I went back to my real life, grateful for this miniscule diversion, and folded the laundry and made the lunches and checked the school bags for permission forms. Knowing that I had done my best to be as unappealing as possible, probably having come across as a blithering, unintelligible mess with frizzy hair, I let it go. And then our mutual friend told me to just send him a message. Just like that, another date—Date 2—was in the books. Ok, life, you win.

Charlotte Schwartz is a mother of four in a blended family—the kids range from 10 to one. She blogs regularly at Running on Borrowed Legs and tries to fit the odd marathon in here and there.