How Losing My Hair Taught Me To Listen To My Body

I used to manage stress by working harder. And then I noticed the bald patches. 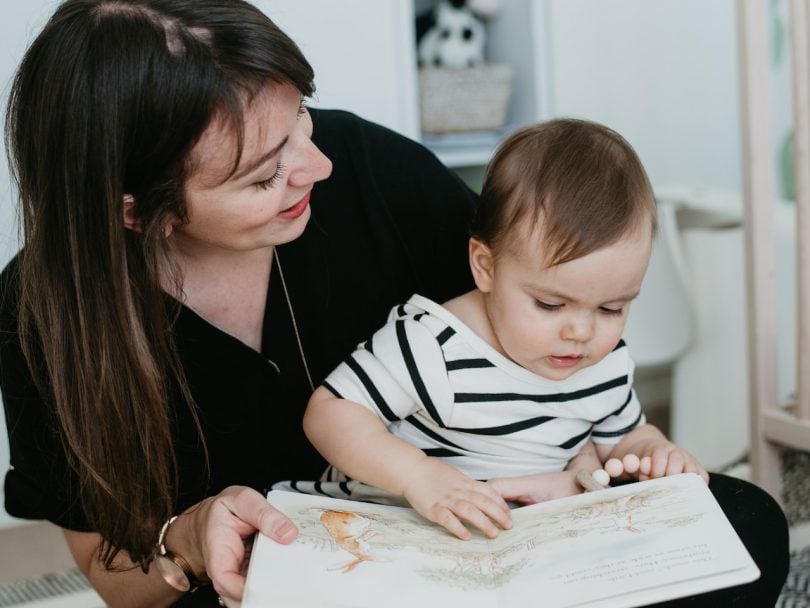 Scrolling through my friend’s online wedding album I noticed something alarming. In the background, behind the grinning bride and groom, I’d been caught by the photographer on the dance floor, laughing with some friends. But it wasn’t my ruffled cocktail dress that caught my eye. The flash of the camera had captured a constellation of white dots across the top of my head. I shook it off as dust on the lens and scrolled to the next photo. But everytime I appeared in a shot, there were those spots—during speeches at dinner, hugging the bride, posing with friends.

I’ve always been an anxious person but I’ve never thought of it as something to worry about—that is, until my hair started falling out. It was a slow and subtle loss—there were no large clumps on my pillow case or fistfuls that came out the shower—which made it easy to ignore. I’d been avoiding facing myself in the mirror, even though my fingers had been checking in on the smooth spots for months. But I couldn’t put it off any longer. I pulled out a mirror, tipped my head down and counted six small patches, each roughly the size of a dime.

I could literally see the effect that stress was having me.

At age 28, I had quit my full-time job (a rare unionized position with benefits and a pension) to do an unpaid internship at a magazine. It was incredibly exciting, but I was in a constant state of panic. The harder I worked and the more assignments I was given, the more I felt like a fraud. I pushed and pushed, telling myself, if I could just get up to speed, then I would be able to relax. After my internship, I started working freelance, but with each milestone (a published story, another assignment), the pressure only increased.

Seeing the bald patches spooked me. Unlike dark circles that I could hide with concealer, these felt like something bigger, something I couldn’t handle on my own. I booked an appointment to see my family doctor, the first of a seemingly endless series of blood work and painful scraping tests (where a small metal tool scraped off a sample of skin cells).


My stress levels were at an all-time high and more patches were cropping up every week. When these tests came back inconclusive, I was referred to a dermatologist.

There was a constant tightness in my chest, and my appointment couldn’t come fast enough.

Three months later, a dermatologist, an older man in his late fifties, performed my assessment in a room along with 10 medical students. While his students watched, the doctor took a quick glance at my head. And then, without even meeting my eyes, he sat behind a desk and addressed his students, saying that my problem wasn’t dermatological but psychological. He suggested I speak to a psychiatrist to seek treatment for trichotillomania, a psychiatric disorder where patients chronically pull out their hair. Our appointment had lasted less than five minutes. I walked out of his office holding back tears and feeling even more confused. Were these patches really a result of self-harm?

At this point, some of the patches had started to widen and were becoming harder and harder to hide. I started to spend more time at home, avoiding media events—a big part of how I networked. I was scared. I knew had to get out there and show my face in order to drum up more work, but I didn’t want anyone to see my weakness. I felt alone and worried that something was seriously wrong with me. After some pushing from my partner, I broke down and called my mom, a nurse, who convinced me to go back to my family doctor for a second referral. 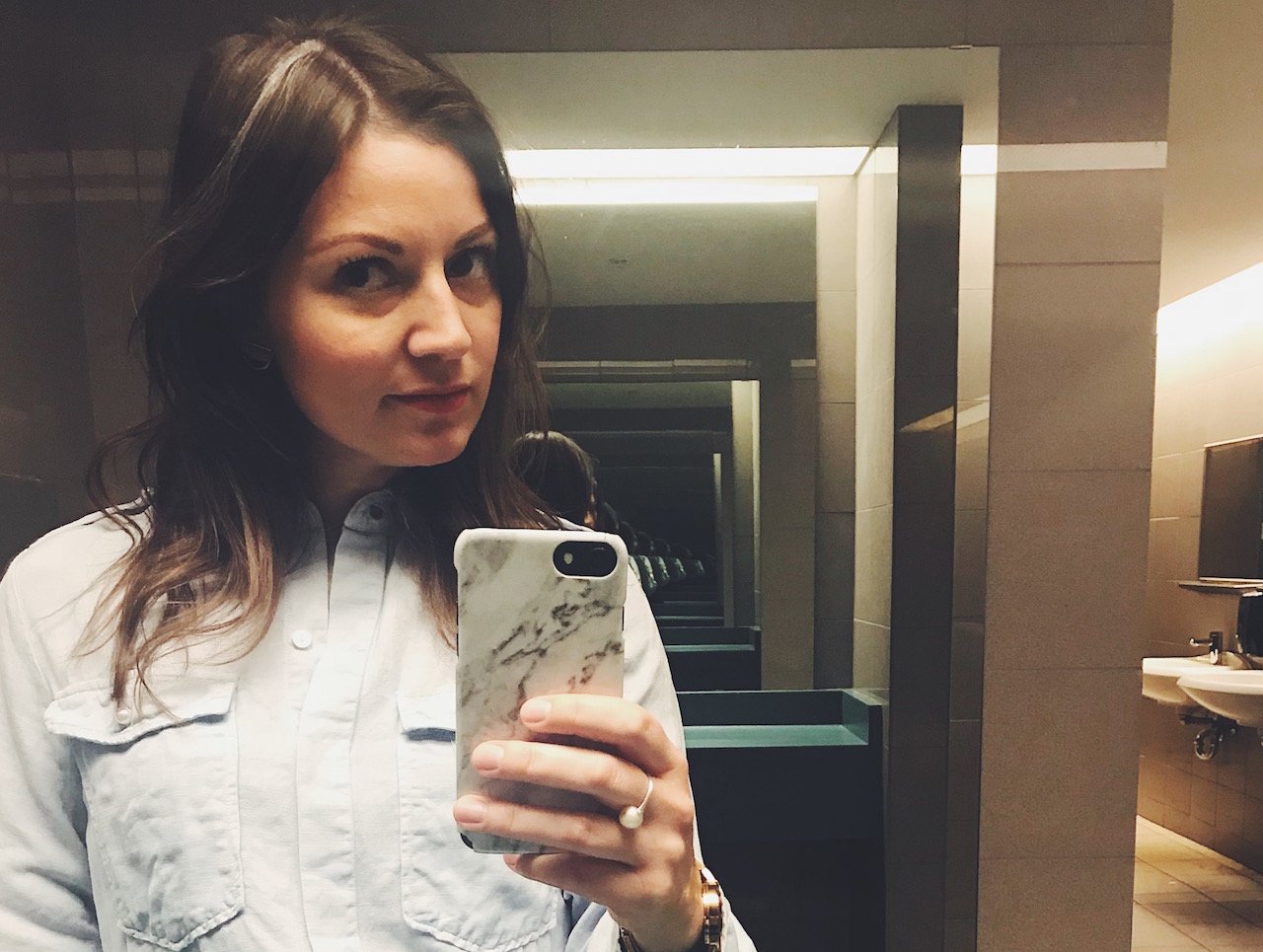 This time I saw a dermatologist at a clinic that provides general dermatology as well as specialized care for patients with autoimmune skin diseases. Within a few minutes of questions and examination, this new doctor (a female in her early thirties) told me I had a textbook case of alopecia areata. I felt a rush of relief. After more than two years of embarrassing tests, shame and stress, I had an answer to what was happening to me. She explained that this was an autoimmune skin disease where the immune system attacks the hair follicles, causing hair loss. In some cases, it can affect the entire scalp or parts of the body, but mine was a case of areata, which meant the hair loss occurred in patches, typically along the top of the head.

While there’s no one reason people get alopecia (often patients have a history of autoimmune disorder in their family), it can happen at any age and, like many diseases, can be triggered by stress. Shedding strands had now become a way for my body to manage anxiety. We spoke at length about my career change and how I had been dealing with the pressure—mostly, by ignoring it.

She started me on a treatment program of corticosteroids, a steroid that would be injected into the bald patches on my scalp to suppress my immune system. And she gently suggested I look into other ways to keep my day-to-day stress in check.

The truth is, my alopecia is at its worst when I am under a lot of pressure, so I spend a lot of time managing my stress. Exercise is vital. I’ve seen how an hour at the gym during lunch or running home instead of taking transit helps me let go of whatever happened during my day. I also prioritize time for myself—which isn’t easy when you’re trying to manage a job and a family. Sometimes it’s something simple, like taking a long, hot shower or getting outside with the dog for a walk—alone. My body lets me know when I’m letting things slide.

I see reminders of my alopecia everytime I look in the mirror, as my hair regrowth comes in white, leaving me with a series of what my husband jokes are “mean streaks” in my hair. I think of them more as reminders to take care of myself.

Recently, while getting a haircut, my hairdresser pointed out some new bald patches and I started to feel a pit forming in my stomach. After the appointment, I made an exercise plan for the week. I know there will be more moments like this and that my alopecia is something I’ll have to manage for the rest of my life. But, at least my body now has a clear way of communicating to me when I need to slow down—all I have to do is listen.