I Ditched My City Apartment For A Teeny Off-Grid Yurt

Three years ago, Annie Agnone left her apartment to live off the grid in a yurt. ‘There’s a lightness to doing this.’ 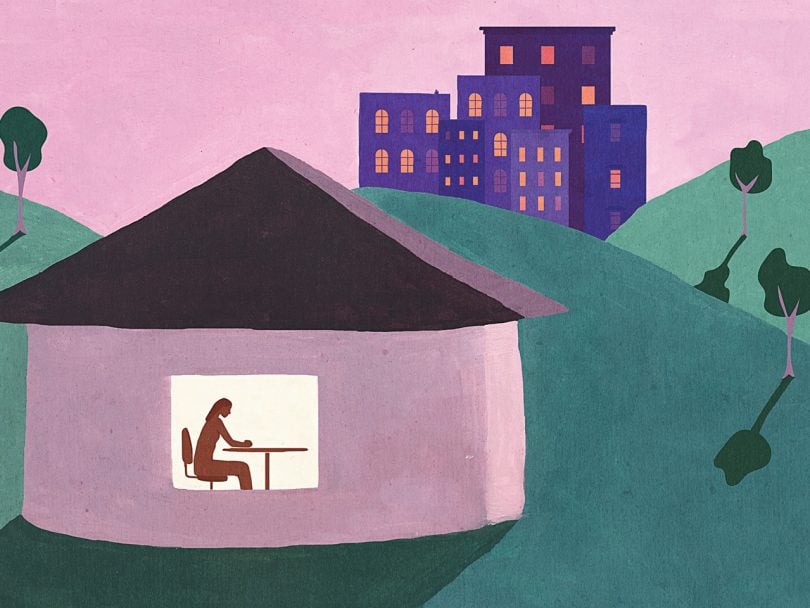 I’m not an adrenalin junkie, but I do crave a challenge. I’d worked on a handful of organic farms in Italy, and my favourite one was completely off the grid. For a school project, I’d visited an earth-based community, where they made friction fires and harvested roadkill. I’m not that hard-core, but I became interested in finding alternative systems to replace the ones we take for granted.

So when our landlord starting making noises about raising our rent, we thought about options that would give us more financial freedom—my partner, Kevin, and I were both working for an educational student travel organization in Vermont, but I wasn’t making much money and he has school debt. We also wanted to reduce our carbon footprint and simplify our possessions so we could divert our energies elsewhere: to friends, travelling, each other, our two big dogs, our families, the natural world.

We gave notice and bought a yurt and, within weeks, that was where we lived. We installed it on a big piece of land in southeastern Vermont, after striking a deal with the landowner. It’s one room, 20 feet across, though the space definitely feels bigger than when we moved in. We fell into the trap everyone falls into when they start living in a yurt: We tried to fit our square apartment life into a tiny round home. We got rid of our coffee table, chaise-lounge, desks and a few chairs. We’re still getting rid of stuff.

I feel like I shrugged off a lot of psychic noise and distraction by paring down to what I need. We have a wood-burning stove for heat and a four-burner propane range. The sink drains to the outside, and I couldn’t live without that—dealing with waste water is disgusting, and it’s a luxury to be able to brush your teeth inside. We don’t have AC, and the yurt sits in direct sunlight, so in the summer, it’ll reach nearly 40 degrees inside. It is insulated, so in the winter, if the temperature is above freezing, it’s not that bad. But when there’s a bitter north wind blowing, we really need to keep the wood stove cranked. 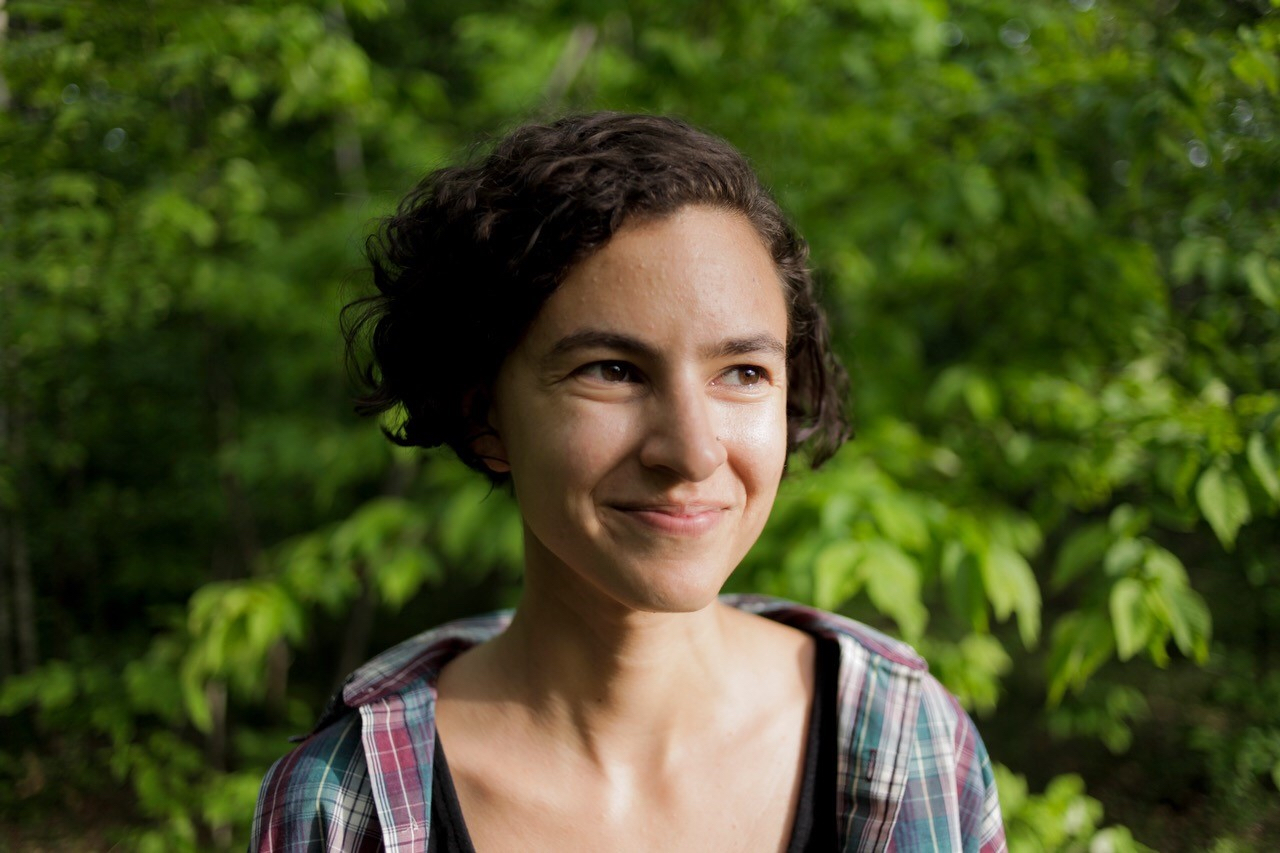 ‘I feel like I shrugged off a lot of psychic noise and distraction by paring down to what I need,’ says Agnone. Photo, courtesy Jenna Schoenefeld.

We built a beautiful outdoor shower, but it only works when there’s no chance of freezing; during the colder months, we’ll shower at the office or impose on friends, who have been great about it. We have two solar panels that can charge our laptops and phones and run our strings of LED lights. We don’t have a fridge or freezer, so we eat a lot of beans and grains. Sometimes, we put beers in the creek a couple hundred feet away, but we’ve also lost a cooler down the creek before—it’s not a perfect system.

There have been times I’ve been scared, like when Kevin’s away and I hear loud yips and howls, and the coyotes seem especially close. Or I’ve been grossed out: We came back from vacation, and a mouse had broken into a bag of peanuts and transported them, presumably one by one, to the underside of my pillow. Or annoyed: Why won’t the squirrels stay out of the compost? Or isolated: Our apartment was in the centre of town, and friends used to drop by. That happens less now. But I wouldn’t trade it—there’s a lightness to doing this. I’m not able to completely describe how full and content I feel here, but I wish I could bottle it.

I recently moved to New York for a new job, managing international trips at Atlas Obscura. My partner is staying in the yurt, and I come back some weekends, which means somehow I’ve become one of those people with a place in New York and a place in Vermont—it just happens that this one is a tent. In some ways, living in a yurt made my apartment hunt extremely easy: I literally have no space requirements. I’m thrilled about trying something new career-wise and being in a city, but there are so many aspects of life in the yurt I really do not want to leave. A lot of water and energy is used to flush human waste—I would like to compost my poop! But I can’t do that in Brooklyn and not get evicted.