I Was A Stressed, Disorganized Mom. Then, at 43, I Was Diagnosed With ADHD

Other moms would be kissing their kids goodbye at the school gates as I raced in to the kiss-and-ride, scraping the side off my van. I couldn't figure out why, until I was diagnosed with Attention Deficit Hyperactivity Disorder. 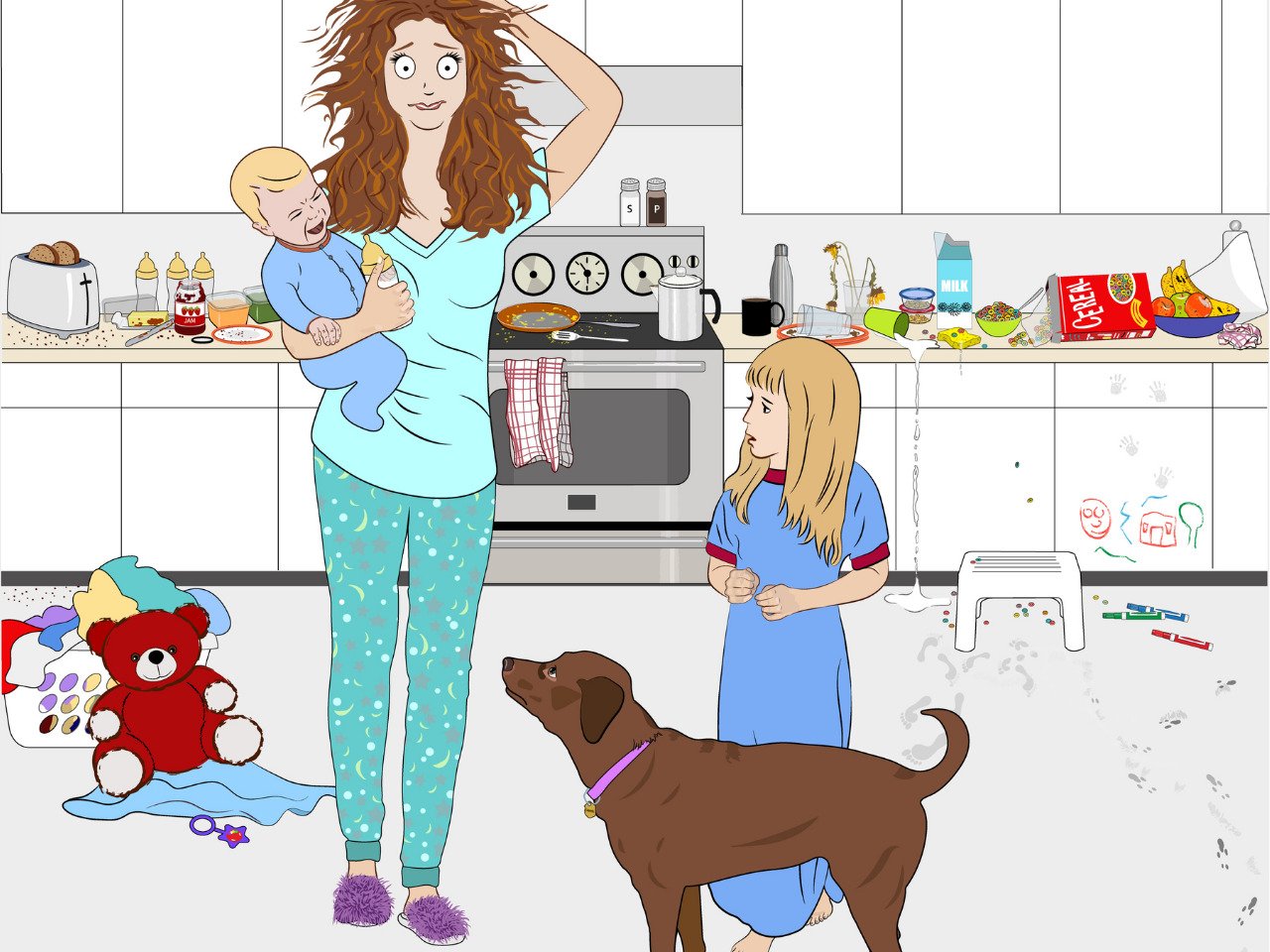 When I quit my job nine years ago, I had every intention of becoming a modern-day June Cleaver. I would bake cookies, plan Pinterest-worthy birthday parties and nurture my three children into well-adjusted adults, all alongside a flourishing career as a freelance writer. But life as a stay-at-home-mom turned out to be much harder for me than the other moms, who would be kissing their kids goodbye at the school gates as I raced in to the kiss-and-ride, scraping the side off my van. I couldn’t figure out why, until I was diagnosed with Attention Deficit Hyperactivity Disorder (ADHD) at the age of 43.

Being a housewife requires an immense amount of organization, time management and multitasking. I didn’t realize how bad I was at all these things until I no longer had a childcare provider to help me with the daytime stuff. I tried to juggle everyone’s schedule. I missed doctor’s appointments and play dates and I became so accustomed to being late for birthday parties that I started keeping scissors, tape and a stash of gender-neutral lime green tissue paper in the van for last-minute gifts. As the years went on and my intellect seemed to evaporate, my self-confidence went right along with it.

I had a hard time reconciling this new version of myself with the honour roll student who’d gone on to become a successful journalist. Then my 15-year-old daughter, Charlotte, was diagnosed with ADHD, a condition that’s almost as inheritable as height. As the psychologist outlined the symptoms, it felt like she was making a list of my most shameful defects. I started researching the condition and became convinced that I had ADHD and that Charlotte inherited it from me. When my doctor confirmed both things, I was so relieved. The idea that ADHD, not some huge personal flaw, was to blame for my challenges was liberating.

ADHD is underdiagnosed in women, so if you constantly feel overwhelmed by paperwork or can’t stop yourself from blurting out ideas during business meetings, you might have it too. Read on to learn more.

What is Adult ADHD?

The trouble is that inattentiveness is harder to spot than hyperactivity: four times as many boys are diagnosed in childhood, probably because they’re more disruptive in class than girls with the condition. Impulsive girls are seen as chatty or overly dramatic, while inattentive ones are labelled dreamers. I used to hide Nancy Drew books in my desk so I could read instead of listening to the teacher, but I was never disruptive. Mostly, I just tried to blend into the wall. But that took a toll on me, as well as others: a woman whose name I agreed to keep confidential told me that ADHD coupled with depression made her grade school years miserable. “I had trouble getting up in the morning and more trouble getting to school,” she said. “Even as an eight-year old, I grumped my way into the classroom. I sought solace in my hobbies and played sports, sometimes almost viciously.”

The consequences of going undiagnosed, my story

I breezed through high school, getting As and doing as little work as possible. By my second year of university, though, last-minute essays no longer cut it. Try as I might, I simply could not focus until I had a deadline breathing down my neck. I started to hate school. When I told my doctor, she diagnosed me with depression and prescribed antidepressants. They helped a little but not much.

When I graduated, things got better. I loved my job as a magazine editor: while I was still a terrible procrastinator, the work was fun and regular deadlines offered the structure I needed. But when I added three kids to the mix, things got ugly. My depression returned with a vengeance and my stress levels soared. I felt like I’d never catch up—one day, I found myself sobbing in my editor’s office and soon after, decided to try freelancing, hoping that a reduced workload might help. That’s when laundry, school pickups and tiny humans banging on my office door further fractured my attention.

Once again, my procrastinating ways broke me and in 2011, I quit working entirely. I’d come to hate my work so much that I couldn’t imagine ever wanting to write again.

As we age, some symptoms of ADHD get better but it rarely goes away. Many women with ADHD say they feel restless all the time. They might have a hard time relaxing or tap their fingers and toes incessantly. Adults with impulsivity problems might spend irresponsibly and are more likely to get into car accidents. They also have higher rates of divorce and addiction. Career-wise, ADHD means you might get paid less than a co-worker for the same job and get passed over for promotions. Some people develop great coping skills and their ADHD symptoms don’t become bothersome until later in life, when a life change requires them to call on skills they just don’t have. Women’s symptoms can also be complicated by hormonal changes: for example, menopause can make our symptoms worse.

As I found out, inattention can be especially tough for women because paying bills, planning meals and getting to the right arena on the right day often falls on our shoulders. “So many women who are overwhelmed with ADHD end up with clutter in their homes and behind on organization or supporting the kids,” says Kenny Handelman, a psychiatrist in Oakville, Ont. who specializes in ADHD. “The pressure is tremendous.”

That pressure eventually caused me to spiral into depression, one that didn’t really let up until I was properly diagnosed.

Diagnosis made my life much easier, increasingly so as I learn strategies to manage my ADHD symptoms, including prescription medication. There are no words to describe the feeling of finally being able to focus when I need to. I’m finally able to enjoy writing again and I’m spreading the word, in hopes that I can save someone else that pain. Sometimes I feel angry that none of the mental health experts I saw over the years identified my ADHD, and I wonder what my life might have been like if I’d been diagnosed earlier. But regret can’t repair the damage my ADHD has caused over the years. Only I can do that—well, me and my therapist.

It’s important to note that even though ADHD sucks, it’s also kind of awesome. I have trouble with focusing on things I consider unimportant, but when I do care, I hyper-focus and have indefatigable energy. Many women I’ve spoken with consider themselves highly creative and thank their ADHD for that. Just think, if I’d actually listened to my teachers instead of gazing out the window and twirling my hair for all those years, I probably wouldn’t have such a vivid imagination.