Everything You Need To Know About The U.S. Midterm Elections

Nov. 6 could make or break Donald Trump’s presidency. Here’s how. 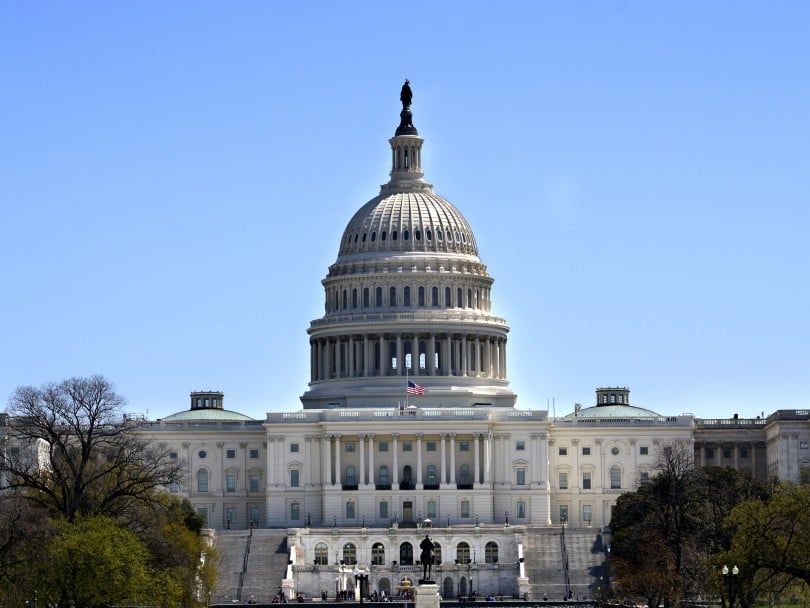 The next important test of Donald Trump’s presidency is fast approaching. On Nov. 6, Americans will head to the polls to pass judgment on the most divisive, unwieldy and bombastic administration in recent history, and much — from health care to climate change, the judiciary, immigration policy, and, dare we say, even the soul of the nation — is on the line. Here’s everything you need to know about the biggest political story in the U.S. since Trump won the Oval Office. 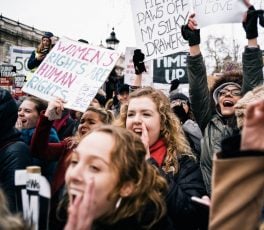 From Ghomeshi To Weinstein: The More Women Share Their Stories, The More Powerful We Become

Why does America even have midterm elections?

Under its Constitution, the U.S. holds elections every two years featuring races up and down the ballot, from many mayorships to 36 state governorships, every seat in the House of Congress (where members serve for two years) and one third of all seats in the Senate (where they serve for six). Midterm elections have the power to shift political control across the country. The presidency, which is decided every four years, is unaffected.

So Trump’s not on the ballot?

No, but he’s sure campaigning like it. And he’s definitely still the biggest political story of the election: Will voters want to preserve his power by maintaining the Republicans’ control of Congress? Or will they rein him in?

The second-biggest story is undeniably the political rise of women. The so-called “pink wave” means a record number of women are running for some level of office this cycle (Emily’s list, which recruits pro-choice Democratic women, says it’s signed up a whopping 42,000 women to run for office). In the House and Senate races, a record 262 women are still in the running. But it’s also a hugely partisan trend. Among those 262 candidates, only 60 are Republicans. That’s resulted in an incredible fact: According to The Cook Political Report, the most-common match-up in competitive House races on Nov. 6 will be between a Democratic woman and a Republican man. Talk about a face-off.

Other major issues in the election are likely to be health care, immigration and the opioid epidemic. Voters in Florida will also have the chance to make civil rights history by giving back the right to vote to an estimated 1.5 million former felons, a disproportionate number of whom are Black (each state has its own laws around how being convicted of a crime affects your right to vote).

And, as always, turnout will be key. Republicans often have an edge in midterm elections, thanks to a base that turns out even without the glitz of choosing a new president, but there are signs that this election might feel more like a presidential ticket to Americans — a pure judgement on Trump — and if that brings new voters to the polls, Democrats could benefit.

So do we know who’s going to win the U.S. midterm elections?

Obviously you shouldn’t count your chickens (cough, Hillary Clinton), but all signs point to at least one significant Democratic victory in Washington: taking control of the House away from Republicans. On the other hand, Republicans are increasingly looking like they’ll maintain control of the Senate, the body that brought us the Kavanaugh hearings. And they might even have Brett Kavanaugh himself to thank for that. Republican outrage over his Supreme Court confirmation battle seems to have fired up the party’s base, including Republican women, despite outraging liberals.

Almost as dramatic as the national races, though, are a few key races for governor that could change the face of the South.

Why are these gubernatorial races so significant?

Stacey Abrams in Georgia, Andrew Gillum in Florida and Ben Jealous in Maryland are all African-American Democrats running for governor, which is notable because it’s rare for a major party to nominate a Black candidate for governor. And, if they each win, that would bring the grand total of Black governors in any state in U.S. history up to five. Along with Texas Senate candidate Beto O’Rourke, Abrams and Gilliam in particular are seen as evidence of a new, unapologetically progressive Democratic strategy in the South — a region where Republicans seem not just to dominate politics, but own them outright.

Pundits will also be watching whether Trump-esque Republican candidates, such as Brian Kemp in Georgia,  do well in these midterms by emulating the president. They’ll also monitor the fate of other potential history-makers like Christine Hallquist, the first transgender candidate for governor, who’s running for the Democrats in Vermont, and Paulette Jordan, who’s running to become the first Native American governor, and how the rising left-wing of the Democratic party, signified by the likes of Alexandria Ocasio Cortez, will shift Democratic politics.

What does all this mean for Trump?

Potentially, a lot. Much of his agenda will become a lot harder to achieve if Democrats control the House (Trump, the famed deal-maker, doesn’t exactly have a sterling record of passing new bills even with his party’s stranglehold on Washington).

House Democrats could also begin possible impeachment proceedings against the president — a move that would be embarrassing but wouldn’t necessarily force him from office — and they could push for more investigations into his campaign’s ties to Russia.

On the other hand, he’d have two years to blame “obstructionist Dems” — who actually have the power to obstruct — for any failures leading up to his 2020 re-election bid.

The midterms are the big test for the so-called resistance — the chance to see whether a groundswell of grassroots activism in reaction to Trump will translate into votes and real political power. In state-level races, major Democratic wins could give the party a chance to fight back against gerrymandering in Republican states that have given the latter a deep structural advantage.

Do the midterm election results really matter for Canada?

Actually, yes. A Democratic House could thwart Trump’s new trade deals with Mexico and Canada, undoing months of painful negotiations and leaving trade relationships in limbo. The election outcome can also impact global markets. And, given Trump’s deep unpopularity here, the midterm results might hint at just how much more we’ve got to endure.