For Jane Philpott And Elizabeth May, It’s Not A Power Grab—It’s A Power Share

In the next sitting of Parliament, Elizabeth May and Jane Philpott want to see a different kind of politics. 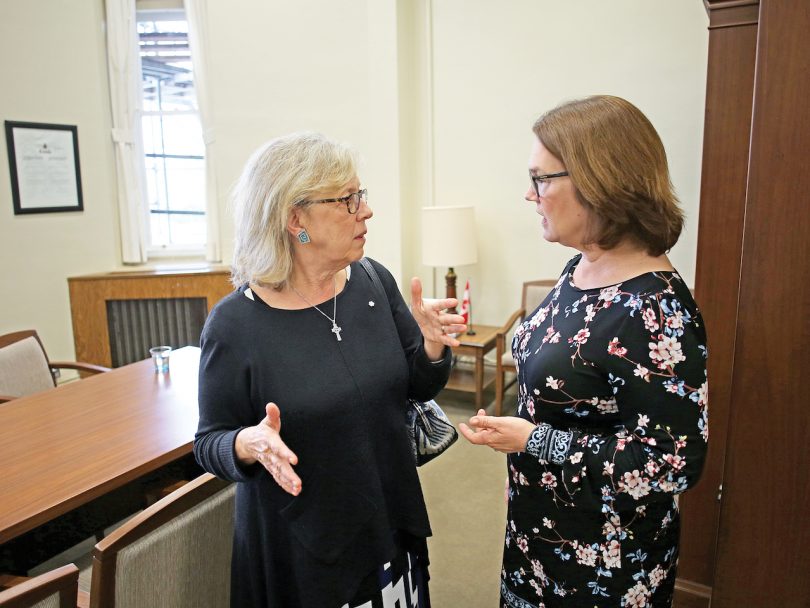 Both Jane Philpott and Elizabeth May have had to find different ways of working in federal politics. Philpott resigned from cabinet in March over the handling of the SNC-Lavalin affair and is running as an independent member. And cross-party collaboration is a necessity for May, leader of the Green party. Earlier this summer, Chatelaine talked to them about influence, control and getting things done.

How important are relationships in terms of getting things done?

Elizabeth May: When I was elected in 2011, I was the only Green MP. I went in intending to make friends with everyone. I didn’t want to be isolated. There are some women who are hard to work with, just like there are some men who are hard to work with, but it’s possible to make friends across party lines. This is a generalization, but women tend to be less partisan, more willing—

Jane Philpott: There’s the saying: “It’s amazing what you can get done when you don’t care who gets the credit.” I want to get things done in this place. I don’t care if Elizabeth gets the credit, if the Liberals get the credit—what matters to me is that the work is getting done and people’s quality of life is improving. We have some very hard work to do, with the climate crisis being probably the top issue. If we dont stop arguing with one another and figure out how to work together to get things done, the country and the planet will suffer. 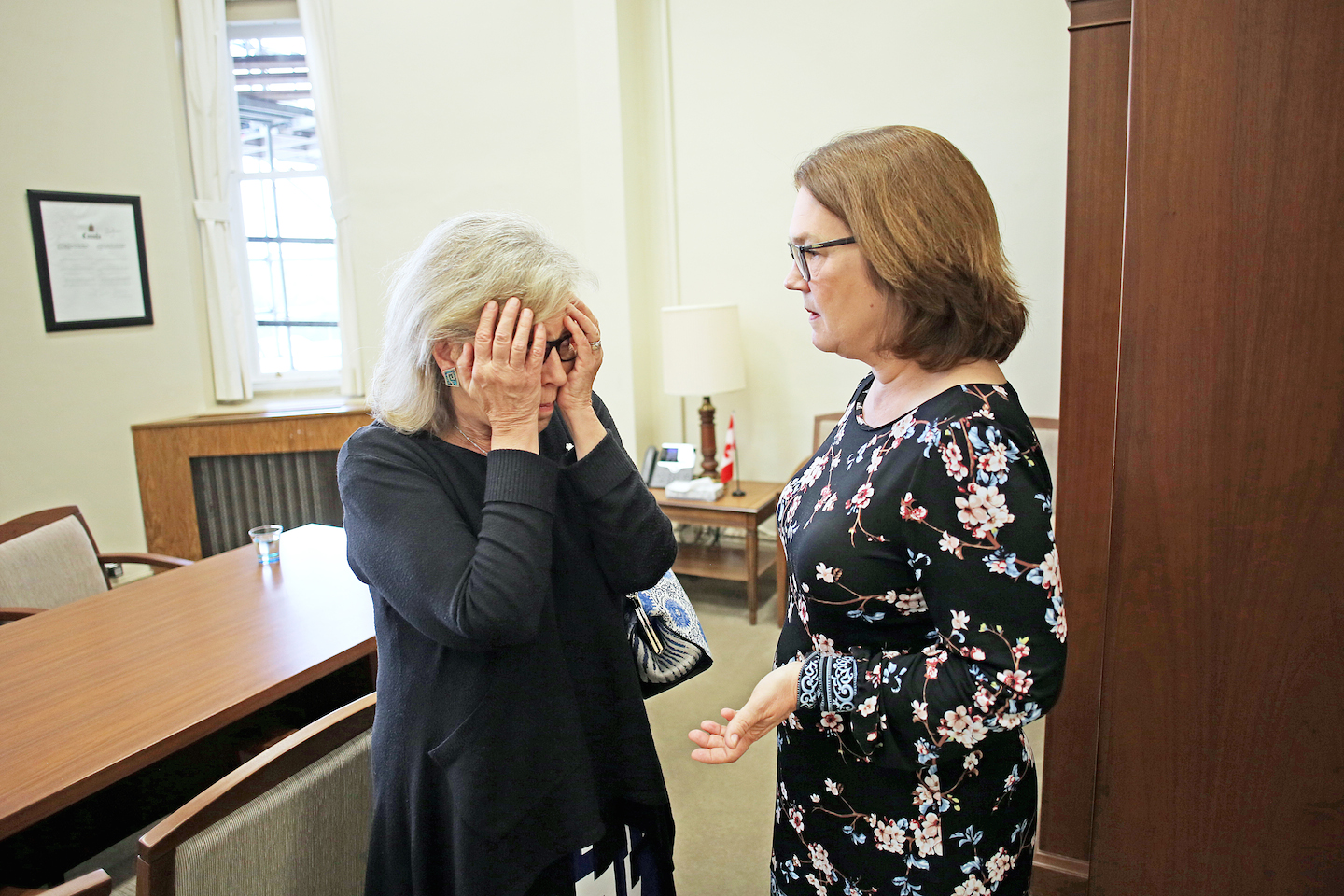 I want to ask you two about your relationships with the idea of power.

May: Power: It’s critical to have, but it’s critical not to hoard. Sharing power, and distributing and feeding it back to the grassroots is how democracy works best.

Philpott: One has to find a way around here for the focus to be on sharing power, sharing leadership and making sure we prioritize the important items so everybody pitches in and we can get things done. If the most important thing to you is hanging on to power, you will make a bad decision.

May: I’ve seen so many good people make bad decisions because they decide the ends justify the means.

What can really help change this place for the better?

Philpott: Elizabeth has talked about creating a war cabinet for addressing the climate crisis and getting the kind of serious action that has to take place. To get work done that will stand the test of time and will not be tossed out when the next government comes in, finding ways that you can get buy in across the spectrum, whether it be, you know, Green, independent, Liberal, NDP, Conservatives, even—

May: —everybody on board.

Philpott: I am convinced that that is the way to get longstanding change effectively. It can be threatening to the governing party, particularly a majority party. But I hope if I have the privilege of coming back to this place in October, that I can be part of several collectives, who can deal with those big issues. 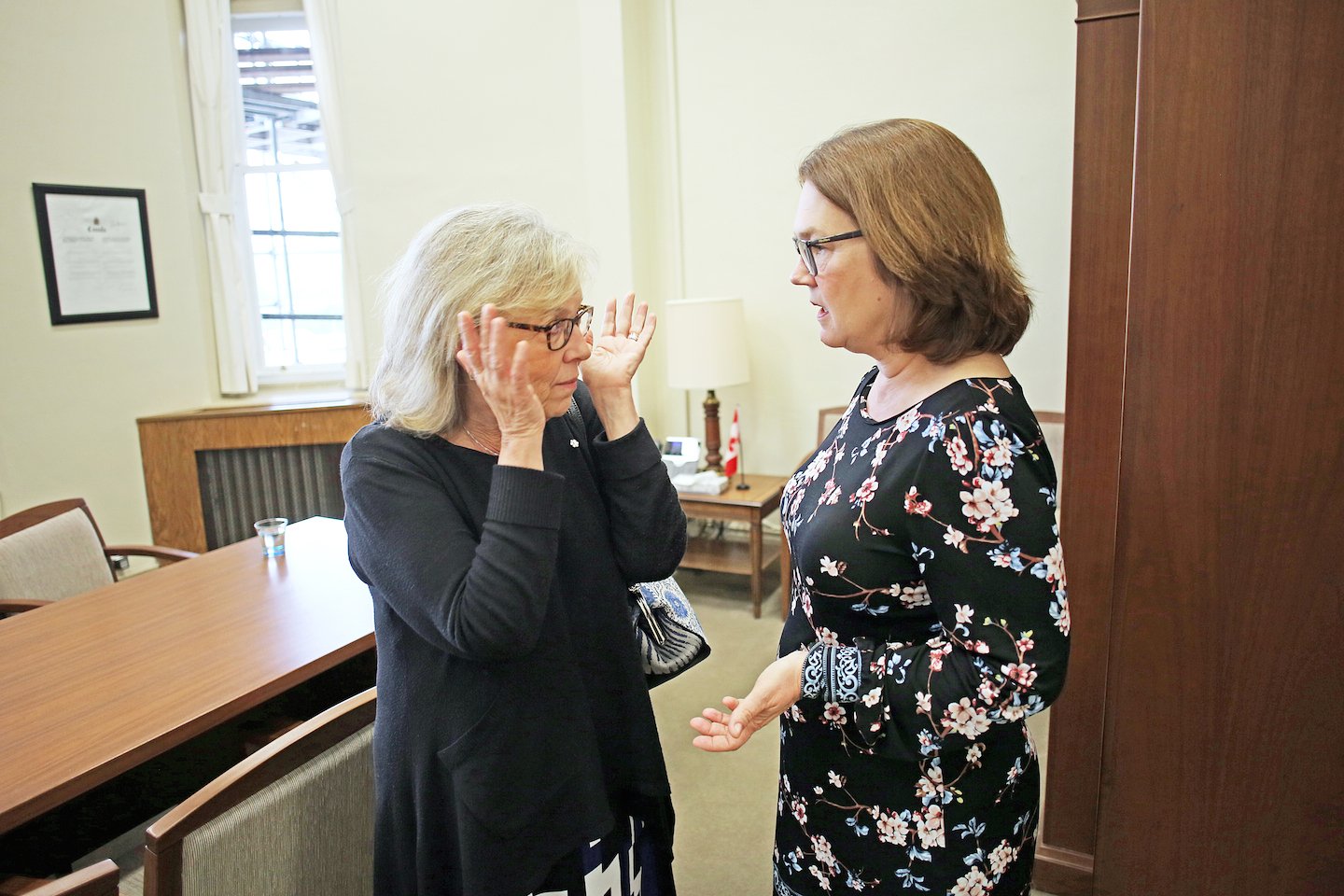 Just because things are done a certain way, doesn’t mean they always have to be done that way. For instance, Jane, you’re running as an independent.

May: In our theory of government, for Westminster parliamentary democracy, all MPs are equal. The Prime Minister is first among equals. And I’m absolutely confident that Jane and Jodie can make a big difference in parliament. I don’t want to lose their voices on the national stage.

Philpott: Our loyalty should be to our constituents, not to the party whip or the party style or the party leader. The Canadians I hear from are really frustrated with the inefficiencies that are created around arguments, power battles and the lack of ability to work together. I frankly think that if they realized how inefficient we are, they would be appalled.

This interview has been edited for clarity.