Partisanship is stronger than ever in federal politics—and it’s not helping anyone.

At one of the round-table discussions Chatelaine held with female members of Parliament, things got a little heated—especially when the topic of partisanship and openness to new ideas came up.

Rachael Harder: “It’s called the House of Commons because it’s supposed to be this place of common people representing other commoners. So, when you ask whether we work together or know one another, well, no, not so much out of party lines. And I can only speak from my experience, but I would say a lot of that comes because there’s been a lot of hostility toward diverging points of view.”

Karen McCrimmon: “Of course, this is where the partisanship comes in. My background is in the military, but I also went back to school and became a mediator. I thought I could find that middle ground, too.”

Sheri Benson: “Parliament and the structure here is not open to doing things differently. Regardless of who the prime minister is, the Prime Minister’s Office has a lot of power. And when you have a majority government, it almost feels like absolute power—there isn’t that need to work across party lines in a way that would be more respectful, and would take divergent views and perhaps come to some kind of common understanding. We need to have different views, to say, ‘We don’t like the way this is done, and we want it to change.’ ”

Harder: “Different views do exist in the House of Commons, but if they’re not given a platform to be represented, then that’s not helpful—”

Jenny Kwan: “I’m going to jump in here. As a new MP, I came into this place with hope and optimism. I really did. And I bought into the notion that the prime minister campaigned on a different way of business, sunny ways and so on. I have to say, speaking in a non-partisan way, in the beginning I think that was there. One of the first bills I dealt with in the House was Bill C-6. [This bill amended the Citizenship Act, allowing permanent residents to apply for citizenship earlier.] Through that process of working with the then minister, as the critic for immigration, I was able to advance some amendments. And that made me hopeful. But as time passed, that window closed, and it was closed shut. Now, as we head into the election, it’s almost impossible to get any collaboration. Hyper-partisanship is alive and well in this place.”

Harder: “There is a lot to be said with regards to the attitudes that are perpetuated in this place and with that there is a lot to be said about the Prime Minister himself. I’m saying that if we are going to address this problem we have to work from the top and work our way down. And he has a responsibility lead by example and unfortunately the only example he has set is one that is incredibly chauvinistic.”

McCrimmon: “And see? This is what happens. This is exactly what happens, and this is why we can’t make any non-partisan progress because it always ends up to a reversion to talking points. Now if we want to have attacks on the prime minister none of us are perfect, all right, But I think we’ve made some really significant —” 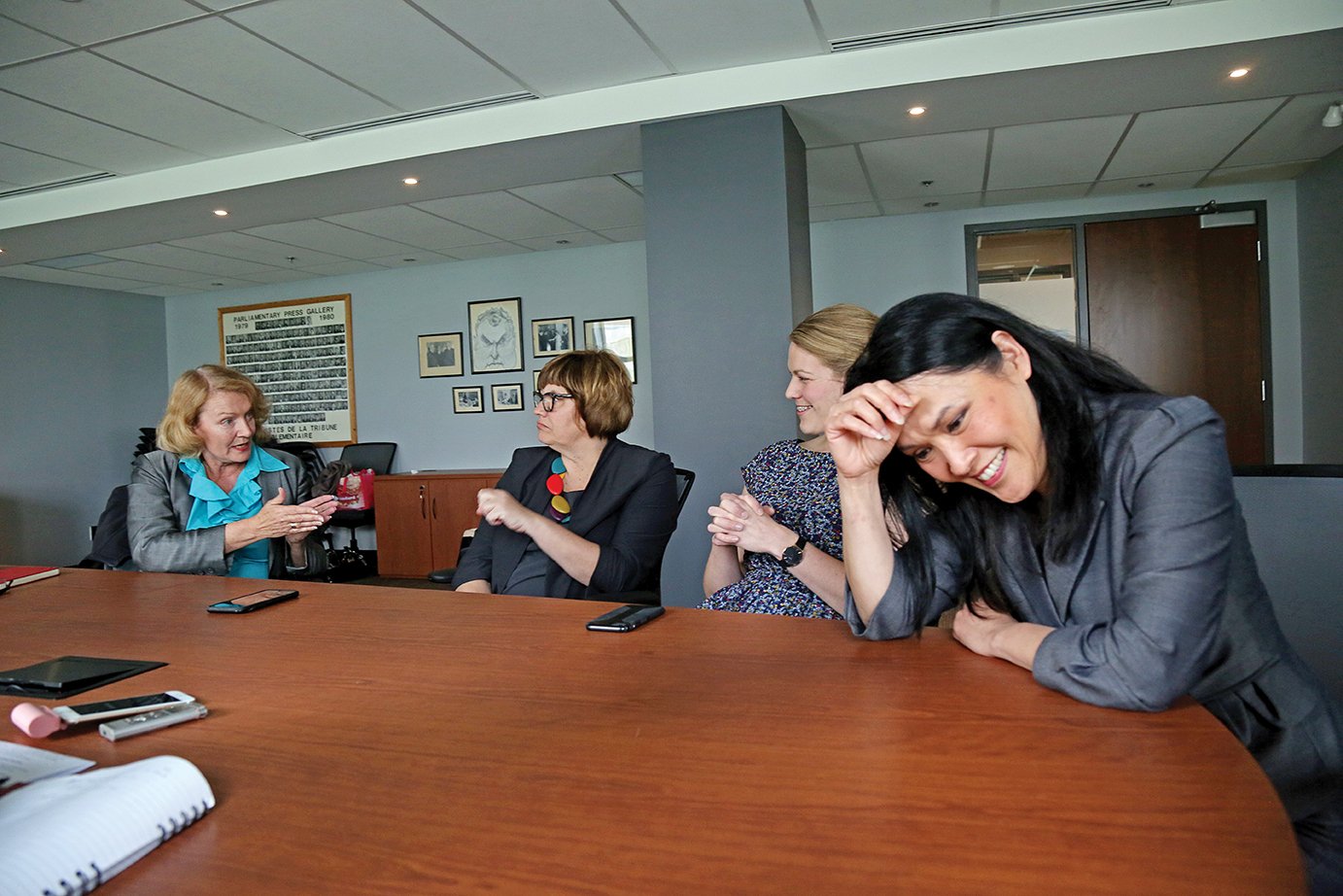 Benson: “What I have learned is that politics, no matter what the party, is leader-centric—the most leader-centric place I have ever been in my entire life. All the political parties are saying they are reaching out to diverse people, not only gender or race, but we want people from different occupations so we can help diversity. This place isn’t ready for that. Until you start to get people around a table to build relationships, big things are not going to happen because they have to be a priority. We all have to put our lives on the line for it. I don’t believe you’re going to find a leader of any party that’s going to lay down their sword and say, “I’m going to go to the wall for child care, I’m going to go to the wall for electoral reform, I’m gonna…” I want that to be different—we all want that to be different—and we want to work for it, but what I’m saying is it’s not even possible to think that all we need to do to solve this problem is to have more women in Parliament.”