For a new generation of women in politics, motherhood is no longer seen as a burden — it's being wielded as a "potent weapon." 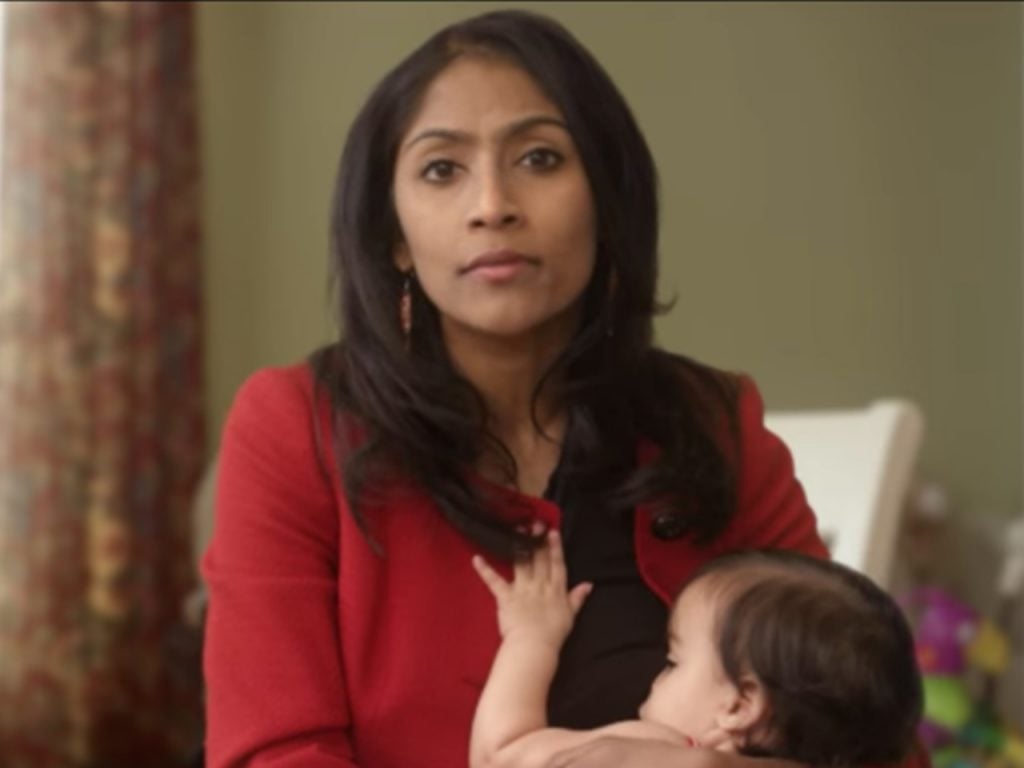 If you want something done, ask a mom to do it, right? Not so in politics, a sector where research has consistently shown it is not at all advantageous to be a young mother in the eyes of voters, who fear that politicians’ personal duties will override their civic ones. But opposition is building: In a New York Times piece published this past weekend, aptly titled “Mom is Running for Office,” writer Susan Chira points out the growing swell of young women capitalizing on motherhood as an asset rather than a strike against their candidacy.

One such mom is Kelda Roys, a gubernatorial candidate for Wisconsin, who can be seen in her campaign ad breastfeeding and quite literally juggling her young children, all while discussing a bill she helped pass that bans BPA (a carcinogen) from baby bottles manufactured in her home state.

Another, also featured in the Times piece, is Krish Vignarajah, an ex-aide of Michelle Obama (!) and the only woman running in Maryland’s Democratic gubernatorial primary. She is also shown breastfeeding in her campaign ad.

The metaphor here is clear: The new guard of female politicians believe work-life balance is indeed possible — and they’re not afraid to show it. Roys and Vignarajah are, of course, not the first women in politics to play the mom card: Last week, Tammy Duckworth of Illinois became the first sitting senator to give birth while holding the position; she has tirelessly fought against a senate ban on kids entering its chambers. Sarah Palin regularly trotted out her brood during her 2006 run (so much so that daughter Bristol once competed on Dancing with the Stars). And north of the border, Caroline Mulroney recently enlisted the help of her four media-ready kids during her PC leadership run in Ontario. What sets these new ads apart, though, is their frankness.

“The symbols of motherhood in American political life have long been comforting and predictable: a gauzy family tableau in campaign ads, with smiling kids gathering for a meal,” Chira writes. “It wasn’t about personal ambition — it was about serving others, the way a mom would. That’s not the motherhood of 2018 political ads. Motherhood in this midterm season is not just a credential for public office. It’s a potent weapon.” In redirecting the spotlight toward the daily tasks of lay-moms everywhere, women like Roys are rewriting age-old narratives about the feasibility of multitasking while mothering — without the blank sloganeering of so many political ads. In other words: they’re showing their work.