What’s The Most Environmentally Friendly Alternative To Single-Use Plastic Bags?

The federal single-use plastics ban is coming. Now’s the time to find an alternative that works for your personal shopping habits. 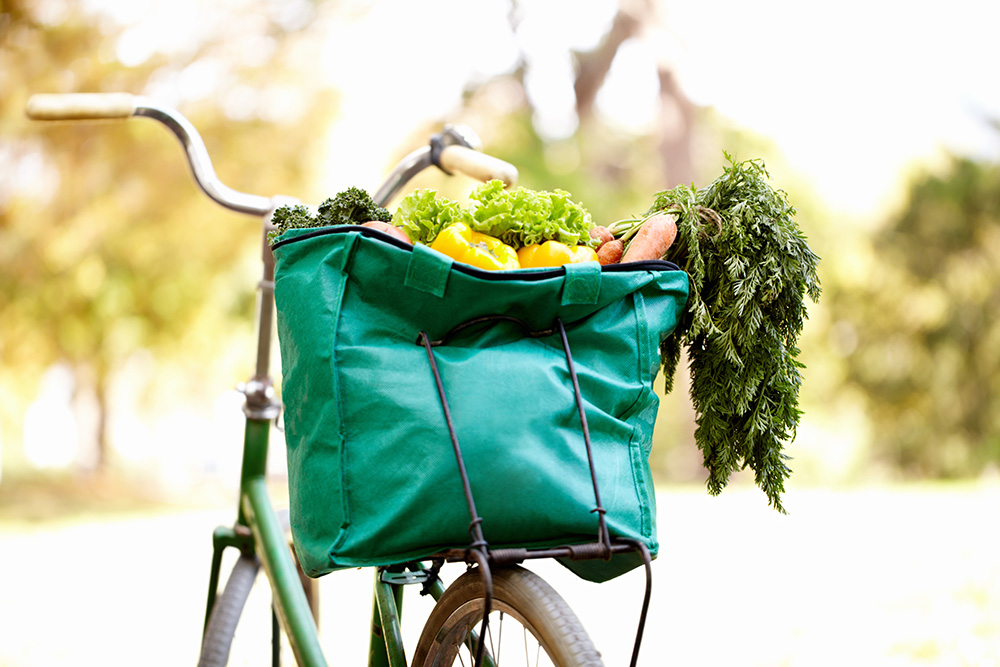 Every year, my son’s school holds an “anything but a backpack” day. Last year he bundled his binders and books into a colourful wool cloth I bought in Bolivia twenty-five years ago and strapped it across his shoulders. His friend brought an old Lego box; someone else brought their sister. As far as I know, no one brought a plastic bag.

Yet despite the many alternatives, Canadians go through 15 billion single-use plastic bags a year. Each is used for an average of only 12 minutes, but a plastic bag’s impact lasts far longer. We’ve long known the devastating consequences of plastic pollution for marine life as turtles, whales, seabirds and others die each year after becoming entangled in or ingesting plastic — and with microscopic plastic particles detected in our air, drinking water, and even breast milk, concern is mounting over the possible effects on human health too.

In December of this year, the federal government’s long-promised ban on the import and manufacture of six common types of hard-to-recycle single-use plastics — including checkout bags — will come into effect. According to Statistics Canada, almost all Canadians already own reusable bags, but only half of us say we use them all the time. Now, with the federal ban on the horizon, heightened global awareness of the problems with plastics, and many large retailers like Walmart and Loblaws already removing plastic bags from checkout counters, all Canadians coast to coast will be kicking the plastic bag habit by finding other ways to carry their shopping home.

What are the alternatives to single-use plastic bags?

Paper, reusable plastic totes and cloth bags are some of the alternatives that will be available in stores, either for free or a charge. But all bags have an environmental impact. How these alternatives stack up depends on the “impacts” across the life-cycle of the bag, from production to disposal. Are we most concerned about marine pollution, litter, or carbon emissions? Will the bag eventually be recycled, or end up in a landfill? Was it made from virgin material or does it have recycled content?

Paper bags, for example, are easy to recycle or compost, and don’t contribute to marine pollution — but they can be energy intensive to produce, and if they end up in a landfill, they release methane, a powerful greenhouse gas. The types of reusable plastic bags typically sold in supermarkets (made from PP, PET, Tyvek or other plastic types) may take less energy to produce, but are not as durable as some other bag types, so their reuse potential is limited, plus they can still end up as plastic waste at the end of their life. Cotton bags have a high carbon and water use footprint during production, but can last for years. Weighing up these pros and cons can be tricky.

What is the most eco-friendly option overall?

A key factor in determining the environmental impact of a bag—and one that individuals have control over—is how many times the bag will be used. Karen Wirsig, plastics program manager with Environmental Defence, stresses that we shouldn’t see the bag ban as a reason to simply reach for another single-use alternative, like, say, swapping paper bags for plastic — or to go out and buy a bunch of new merchandise, which will have its own environmental toll.

Instead people need to find something that is durable, washable and works for their own personal shopping habits — then stick with it. “The best bag is probably the one you already have at home,” Wirsig says. If you do need to bump up your stash of reusable options, look in your local Buy Nothing group or thrift store, or choose something made from recycled or upcycled material. (Like these cool bags from Parks Canada, made from upcycled banners and flags.) For her weekly shopping in her Jamestown neighbourhood in Toronto, which she does on foot, Wirsig uses a wheeled cart. For people who usually drive to the grocery store, bins might be a good option. Wirsig also recommends keeping a small cloth bag that folds up into a pouch in your pocket or purse, for those impromptu shopping trips to grab just a few items. “Find something you can have with you at all times,” she says.

What can you do if you forget your reusable bags at home?

Getting caught out without a bag can happen, despite the best intentions. Michelle Genttner of Unboxed, Toronto’s first bricks-and-mortar zero-waste grocery store, says that like other grocery stores, they’ve always got a stack of cardboard boxes from when they unpack stock, and these are a good option for customers who’ve forgotten their bags.

Gettner’s also seen people create makeshift bags out of hats and sweatshirts, whatever they have on hand. She recalls how one shopper who came in for eggs but had forgotten her own carton (Unboxed sells eggs in bulk) solved the problem by pulling off her gloves and sliding an egg into each finger. “It can be as simple or as complicated as you want it to be,” Genttner says.

What’s next if you want to keep cutting down on single-use plastics?

The federal ban on single-use plastics will also cover takeaway food containers made from hard-to-recycle plastics, cutlery, stir sticks, ring carriers and straws (with some exceptions). Reusable alternatives to many of these items already exist.

For takeout, a growing number of restaurants offer a reusable containers option through partnerships with companies like Reusables in Vancouver and Suppli in Toronto. Some grocery stores, like the Metro chain in Quebec, also allow customers to bring their own containers for deli items. And for cutlery, you can usually request a “no cutlery option” with take-out meals and simply use your own. Ditto for straws.

Food packaging and produce bags won’t be included in the plastics ban, but are also a common source of single-use plastic waste. Again, many options already exist. Zero waste stores across Canada — like The Tare Shop in Halifax, Bare Market in Toronto, and Nada Grocery in Vancouver — have package-free options for everything from oil to soap. Gettner of Unboxed says that in the four years she’s been in business, the number of suppliers offering waste-free products in refillable containers has grown exponentially, which is encouraging. Many standard supermarkets also have bulk isles or bulk produce where you can use your own cloth bags instead of plastic, and in Ontario, Loblaws recently announced they will be offering a range of brands in refillable containers through a partnership with Loop.

Essentially, moving away from single-use plastic will mean changing our mindset. “We need to get away from the idea that you can use something just once and throw it away,” says Wirsig. “It’s that convenience habit that is killing the planet.”