How I Started A Social Club For The Sexually Curious

As a sex therapist, I knew my clients wanted a safe space to try new things—so I started a club called We Are The Ducklings. 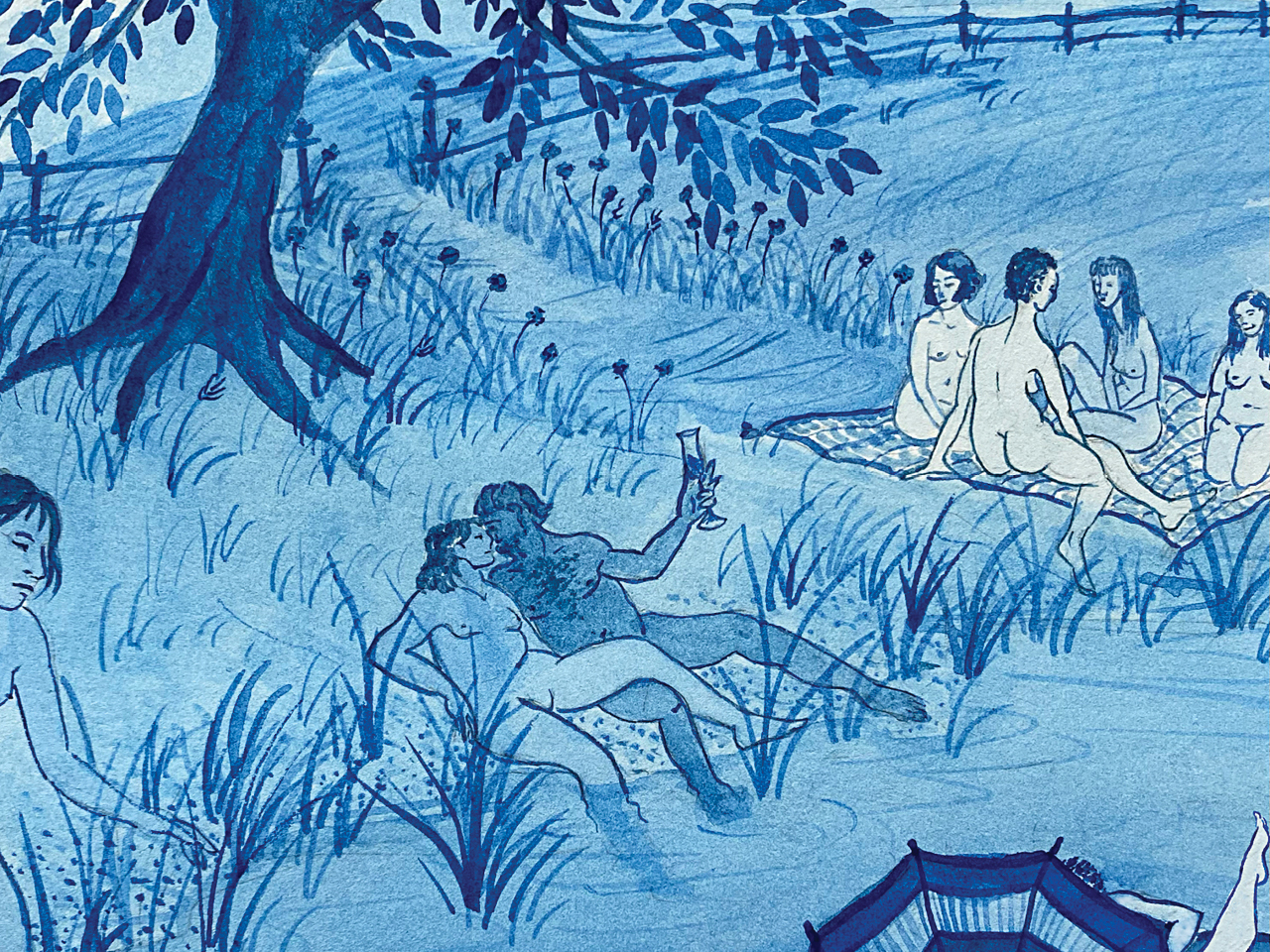 Most of the women—aged 35 to 60—who attended my course were uncomfortable during sex and couldn’t have orgasms. I see that often in my sex therapy practice in Ottawa. They think it’s in their head, but 50 percent of the women I see have a physical dysfunction. Sometimes, I’ve found, these issues can be addressed with a little curiosity about trying something new.

The Ducks grew organically after I brought some people who had signed up for a course, in which I covered topics like using sex toys, tantric sex and love languages, on a field trip. Attendees wanted to keep hanging out, so we later hosted a “Beer, Bowling and Brothel” night: We had drinks at the bowling alley and then headed to a brothel for a tour. One hundred and fifty people, both singles and couples, showed up.

Our group name sprang from an event at a dominatrix’s dungeon: Attendees had followed me around like ducklings. I had to tell them that going into a dungeon was like going into a museum, except there were flogs, not ancient artifacts, inside.

The Ducks isn’t a sex club; we’re a group of friends doing fun, sassy, sometimes sexy things. It’s the group between your parents’ bridge club and the wild swingers.

We meet up about twice a month, attending comedy shows, going axe throwing and touring farms. Events always start with an ice-breaker so people can loosen up. I’ll ask questions, such as, “What is the sexiest and least sexy name?” or “What’s invisible that you wish people could see?” Sometimes I give the group markers and paper to draw dick pics.

The group blew up after I started using social media to advertise it; these days, our Facebook group has 900 members. People wanted a community that allowed them to be sexy without pressure or judgment.

It’s not just for singles, either. Some research suggests that certain criteria are critical for a relationship to survive, and that includes having sexy date nights. The Ducks do sexy date nights really well.

But with growth comes growing pains. I had to implement rules to join—no gossip, no mean-spiritedness and no sexual aggression. I’ve worked hard to create a safe space. All of our events are rated from one to five: one means it’s educational, and five means there’s sex on the premises. We only did events rated a five a few times per year, but we don’t do them anymore (the clubs where we ran them have closed because of the pandemic). Regardless, we have never been a group that promoted indiscriminate sex.

It amazes me how much this group has changed people’s lives. One of our attendees was an anxious 40-year-old virgin. With us, she’s found community—and she’s had multiple partners within the Ducks.

While there have been spinoff groups, we remain a circle of people who don’t want to be stuck at home and grumpy. We are the kind of people who need sexy date nights.

Read more: How one woman’s journey into non-monogamy strengthened her marriage.