After losing her job, Jessica Lockhart entered the Miss Universe pageant on a whim. The results were life changing 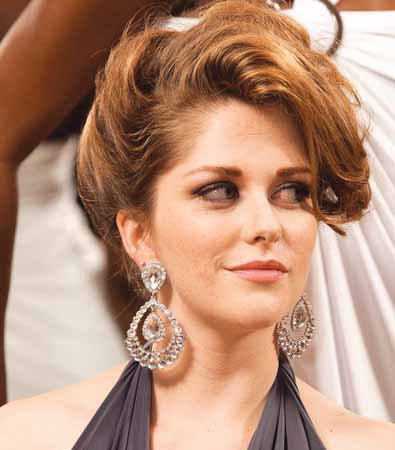 I lost my job at the tail end of the recession. As layoffs often are, it was a big blow to my self-esteem. I had no savings, no job prospects and no direction. So I did what any other sensible woman in my situation would do: I applied to Miss Universe Canada.

Okay, so maybe it’s not what a sensible woman would do, but it’s what I did. It wasn’t a lifelong dream or even a year-old dream, but in a time when everything seemed uncertain, it was a goal to work toward. And it was my last chance — at 26, I was at the cut-off age.

I’ll be the first to admit that maybe I was a bit too old to consider prancing around on a stage in a cocktail dress and fake eyelashes. While my friends were getting promotions and investing in homes, I was throwing my hat into the beauty pageant ring. There was no other logical explanation: I was having a quarter-life crisis.

Before I continue, let me clarify. I am not, by any means, a beauty queen. I chew my nails and up until a few years ago, I didn’t know how to use a blow-dryer without incurring minor injury. And when I said I had nothing to show after my layoff? That’s not quite true. My desk job had provided me with an extra 15 pounds around my midsection.

I submitted my application anyway. Surprisingly, after attending an interview and an audition, I was accepted. It was a much-needed boost to my self-confidence. Every weekend for the next six weeks, I spent my afternoons at a dance studio in downtown Toronto learning the basics: runway walks, choreographed dance routines and how to maintain poise in five-inch heels. And every weekend, I was caught off guard by the women I trained with. While some lived up to the beauty queen stereotype, there were also a chemical engineering student, a proponent of mixed martial arts and a professional ballroom dancer among the MUC hopefuls. During introductions, they shared their career ambitions and goals with frightening certainty. “How come they’ve got it figured out,” I wondered, “and I can barely get dressed most mornings?”

On the days that I wasn’t learning dance routines, I was engaged in womanly rites of passage. I had my first spray tan, followed by my first bikini wax. And then there was the business of my gut. So twice a week, I attended strength-training classes. What had started out as a whim had turned into a commitment.

No amount of preparation could ease my fear, though. On the night of the show, I waited anxiously in the wings. It was clear that I’d made a horrible mistake. Here I was, surrounded by glamazons who genuinely wanted to win, while I was struggling to stay upright in my silver heels just so that I could prove something. But prove something to whom?

That’s when it hit me: The only person that I had to impress was myself. Maybe I would forget my cues or maybe there would be a disastrous wardrobe malfunction. But the pageant was just one night in the rest of my life. “I’ve made it this far,” I thought. “That has to count for something.“

I wasn’t wrong. Although I didn’t make it into the national competition, I won the People’s Choice Award. For the first time in my life, I had won the popularity contest, and it wasn’t because I had the best hair or was the best dressed. After the show, I slipped out of my dress and threw everything in my bag, save for my award, which I proudly carried.

“So,” my mom asked, “what do you want to do next?” The possibilities felt endless. After all, I had just defied all odds by dancing in a bikini in front of 500 people, and in the process, I’d come to realize that some things in life, including the relationships I’ve built, mean far more than the perfect job. Standing there in the lobby, I felt unstoppable. I was a force to be reckoned with. The world was full of opportunities and promise. And yet my next course of action was simple. “I’m starving,” I answered without hesitation. “And right now, I want nothing more than to eat poutine.”