Law firm asks Taco Bell: “Where’s the beef?”; a new treatment for depression; what to do about our aging doctors; the nominees for the 2011 Academy Awards; and Manitobans warned to brace for floods. 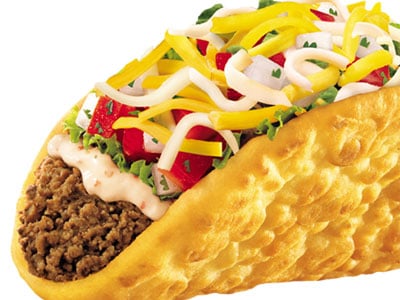 What’s in your Taco Bell taco? According to one Alabama law firm, it’s not beef. The firm is hitting the fast food giant with a lawsuit claiming that Taco Bell’s advertisements of “seasoned beef” and “seasoned ground beef” are false. The firm says that Taco Bell uses binders, extenders and numerous other ingredients in its meat mix, and that tests of the mixture revealed it contains less that 35 percent meat. The firm isn’t seeking money, but is hoping to put an end to what they say is false advertising.

A British nurse has become the first person to receive deep brain stimulation (DBS) to treat depression. Sheila Cook suffered from crippling depression that left her suicidal and unable to feed or clothe herself. She has now received DBS, a new neurosurgical procedure in which thin wires are inserted into the brain and then electrically stimulated from a tiny pacemaker placed under the skin. Cook has experienced great improvement thanks to the pioneering procedure, and has been depression-free for a full year.

Is your elderly doctor fit to treat you? As the working population ages, some experts worry that we may not be monitoring our aging physicians closely enough. In the United States, one third of physicians is over 65, and that percentage is only expected to rise. One study found that patient mortality rates in complicated surgeries were higher when the surgeon was 60 years or older. An article in the New York Times examines the role that age plays in the capabilities of surgeons and physicians.

The nominees for this year’s Academy Awards were announced yesterday, and there’s some formidable talent among the ladies in contention. The nominees for best actress in a leading role include Annette Bening in The Kids Are All Right, Nicole Kidman in Rabbit Hole, Jennifer Lawrence in Winter’s Bone, Natalie Portman in Black Swan and Michelle Williams in Blue Valentine. There’s also at least one notable Canadian in the lot for whom we’ll be rooting. Quebec director Denis Villeneuve’s Incendies is among the five movies nominated for best foreign language film.

Provincial government officials are warning Manitobans to brace for some of the worst flooding in years. Experts say that higher than normal levels of precipitation are expected between now and the snowmelt, and could lead to flooding on par with the so-called “Flood of the Century” in 1997, which left 2,000 square kilometres of land under water.