Is six weeks enough time to recover from childbirth?

It takes nine months to carry a baby, but how long does it take new mothers to recover fully from the emotional and physical trial of childbirth? Contrary to the six weeks that celebrity magazines and even some GPs and nurses seem keen on endorsing, a new UK study (via The Daily Mail) suggests it takes far longer for women to back to where they were. 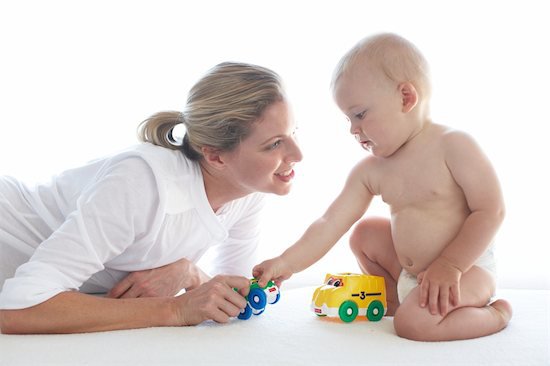 It takes nine months to carry a baby, but how long does it take new mothers to recover fully from the emotional and physical trial of giving birth? Contrary to the oft-cited six weeks that celebrity magazines seem keen on endorsing as the average amount of time, a new UK study (via The Daily Mail) suggests it takes far longer for women to get back to where they were before they gave birth.

According to researcher Dr. Julie Wray, a senior lecturer in the faculty of nursing at the University of Salford in Manchester, England, it takes a year for women to fully recover from childbirth.

For the study, Wray surveyed women at different time periods after giving birth. The majority of the women interviewed agreed that six weeks was far too little time to recuperate and that a year was the average amount needed to absorb the change to their lives.

Said Wray: “Women feel that it takes much longer than six weeks to recover and they should be supported beyond the current six to eight weeks after birth.”

Dr. Wray’s study also revealed great dissatisfaction among many women with the quality of post-natal care offered by their doctors. Wray cited too many visitors after giving birth as one factor impeding a woman’s full physical recovery in hospital. She also took issue with the relatively recent policy many hospitals follow of releasing women too soon after giving birth.

One way in which Wray sees postnatal care improving for both women and newborns is by having midwives play a greater role in the post-baby lives of women. That role may include teaching women how to care for the baby as well as providing information on their own physical recuperation. (One of the other complaints from women was that they left the hospital with little to no instruction on post-natal care.)

Wray offered this statement: “The midwifery profession must raise the status of postnatal care as any further erosion can only be bad for women and their children.”