Scared To Speak Up? Here’s How to Complain Effectively

If you want to change something, you need to speak up. A seasoned ombudsperson shares her secrets for asking for what you want and getting what you need. 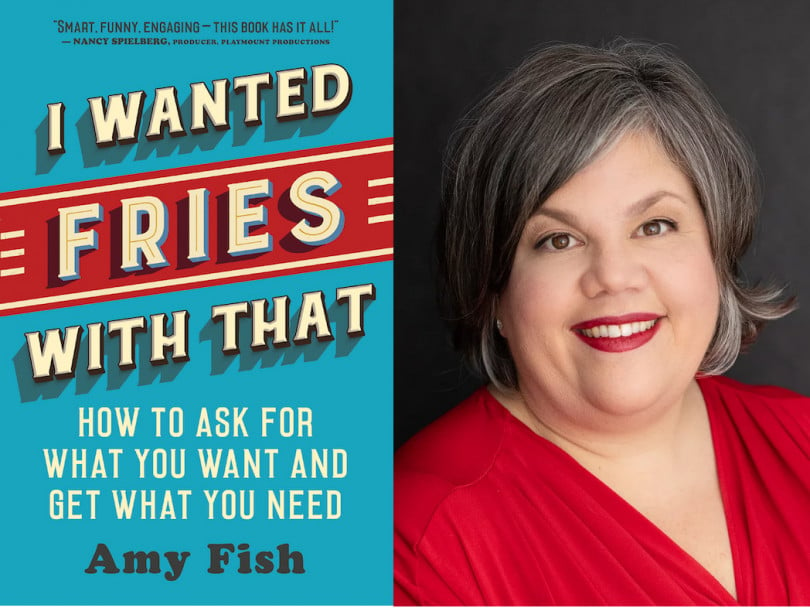 I was at Starbucks, waiting for my iced chai when the barista placed a slice of lemon loaf in a bag and put it on the counter for the woman in front of me. The woman picked it up, turned around, and the cake slid out of the bag onto the floor. She looked dismayed, then continued toward the door with her friend.

“Ask for another one,” I said. She looked at me like I was nuts.
“But I dropped it,” she said.

“It was an accident. Just ask for another one.” I looked at the barista, who smiled, nodded and handled her a new slice of cake. She looked at me, stunned.

“I never would have thought to ask. Do you know something special about Starbucks?” she asked. I laughed and said no, that it was just good customer service.

It was a minor incident, but enough to remind me that not enough people know how to advocate for themselves. So many of us were raised with the mantra “don’t complain,” but is complaining so bad? If you want to change something, you need to speak up. If you’re one of those people who never asks for the refund, or returns a bad meal, you might just need a primer on effective complaining.

“There’s a difference, after all, between complaining effectively and simply complaining—an effective complaint has an objective and a desired outcome,” says Amy Fish, ombudsman for Concordia University. With more than 10 years of experience, Fish has stickhandled a wide variety of disputes. “When I worked in health care, I once had a complaint from someone else who got only broccoli stems with their lunch and not enough florets,” she says. “On the flip side, I would also see missed medication that required a full investigation.” In her new book, I Wanted Fries with That, she shares tips on how to speak up and get results.

“Complaining is a skill that can be developed,” Fish says. “Rather than kicking yourself later, wouldn’t you rather be able to solve things in the moment?”

Ready to lodge your first complaint? Here are five tried and true tips from the expert herself.

Ask yourself, is this really my concern?

Before you jump into action, make sure the issue at hand is your business. “If you’re waiting in line to pay for your lunch and the person in front of you doesn’t smell so great, this is not the most optimal moment to test out your complaining abilities,” Fish says. “Ask yourself, ‘Are they a close friend or relative?’ and ‘Do I have a stake in the outcome?’”

If it’s not your concern, just walk away.

Years ago, when Fish was working at a long-term care facility, an elderly man came in to complain about his wife’s care. Fish tried to be supportive, but as the man continued, he grew increasingly agitated—to the point where paramedics were called. “I don’t want you to end up in the back of an ambulance because you’re complaining. I want you to be able to articulate your complaint.”

If you remain calm and rational, the other party is more likely to listen. “Some of us get angry or hurt and say things we don’t mean,” Fish says. “That makes it more difficult to advocate for yourself.” If you’re unable to find the necessary Zen, it’s better to walk away and return to the issue later.

Does your issue require any documentation? If so, make sure you have any receipts, photographs, testimonials—whatever might help—on hand. And once you’ve begun the process, keep a record of all your attempts as well as the names of everyone you deal with.

When face to face with the person who can help you, it’s tempting to tell them your whole story. If the heel on your shoe broke two days after purchase, you might be tempted to start by telling them about the very first time you saw those shoes in the window. That’s not the way to go. You don’t want to muddle the issue with irrelevant information, you want to plainly state the facts that support your issue. Know the specifics of the problem, be concise, and be realistic in your expectations.

“In complaining, some people are just expressing a desire to turn back the clock, which is not realistic,” Fish says. “So instead ask yourself, What about this is fixable? and What would it take to fix this for me?”

Think creatively—come at the problem from different angles

Sometimes you don’t succeed the first time. This doesn’t mean you can’t try again. The important thing is not to repeat the same tactics—you need to think creatively. This is really a polite way of saying, “Be persistent without being a jerk.”

For example, if you try to return your broken sunglasses to the store and they won’t take them, package them up carefully and mail them to the manufacturer with an explanatory note. “In this era of tweeting, texting and technology, good old-fashioned mail gets noticed,” says Fish.

The most important thing to remember is that you’re allowed to put your needs first. This is a huge hurdle for those of us raised to believe it’s selfish to complain. But if it’s something worthy, why not fight for it? Both sides aren’t going to get their way, and it’s okay for you to win.

“If you choose to ignore the problem and not complain, know that you are making a conscious decision to put another person’s needs ahead of your own,” Fish concludes. “If you continue to do this, you will never be able to get what you want or need.”

Julie Matlin is a Montreal-based writer with work appearing in The Washington Post, The Globe and Mail, Today’s Parent and others. Follow her on Instagram @j.matlin.