'Seeing our world through the lens of community is so important.' 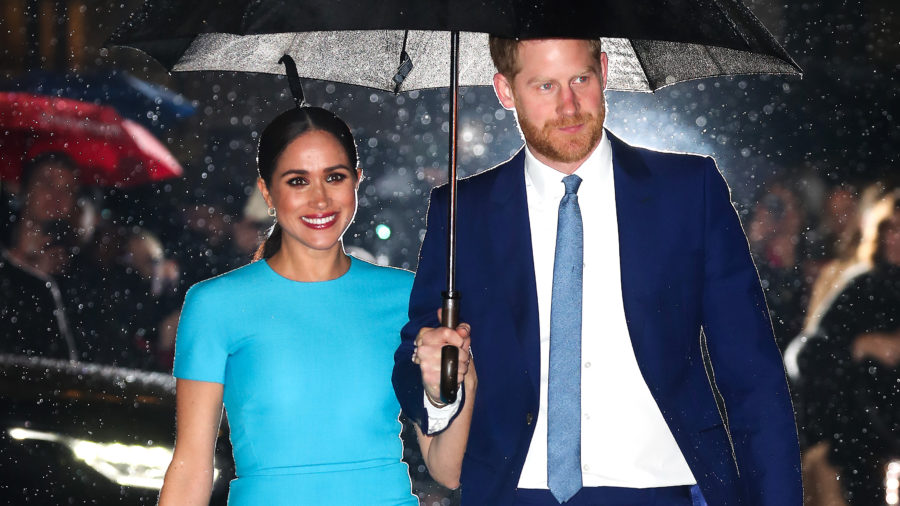 Prince Harry and Duchess Meghan made a virtual appearance on the TIME 100 Most Influential People broadcast on Sept. 22, which revealed who the 100 recipients of the honour were for this year.

The Duke and Duchess of Sussex appeared outside in the broadcast, likely from the beautifully green backyard of their new home in Santa Barbara. Their black Labrador, Pula, even made a brief appearance!

The couple, who were honoured with a place on the 2018 TIME 100 list, thanked the publication for being included, and paid tribute to this year’s honourees.

“It’s time to not only reflect, but act.” This #NationalVoterRegistrationDay, join #Time100 alumni Harry and Meghan, the Duke and Duchess of Sussex, in taking action for the future. pic.twitter.com/JerXHxiZK3

Meghan and Harry spoke about the importance of kindness and community in their two-minute appearance.

“Seeing our world through the lens of community is so important,” Meghan said. “Because we need to redraw the lines of how we engage with each other—both online and off.”

The couple also drew attention to it being National Voter Registration Day in the United States, and encouraged people to take action.

“Let’s challenge ourselves to build communities of compassion,” Meghan said.

Pula could be seen running into frame searching around the shrubbery as Harry and Meghan sat on a wooden bench. The duke was clad in a blue suit while the former actress wore a brown blouse from Victoria Beckham, Alexander Wang black capri pants and Manolo Blahnik BB suede heels. She accessorized with her go-to Monica Vinader Linear Friendship Bracelet and a Cartier Love Bangle.

Meghan’s long, dark hair was parted down the middle and styled into a half updo with wavy lengths.

The one-hour TV special marked the first time the TIME 100 festivities were broadcast on television. Like countless other events of 2020, TIME had to cancel its original gala and in-person events due to the coronavirus pandemic and come up with a new alternative.

There were a number of other recognizable faces who participated in the television special on ABC. Sandra Oh,John Legend, Trevor Noah and Kumail Nanjiani all featured, while The Weeknd, Jennifer Hudson and Halsey performed.

@gabunion and @dwyanewade are among the 100 Most Influential People of 2020. "She is intentionally directing her attention, influence and resources to advance an agenda that deliberately celebrates the most marginalized among us, including Black women and girls and queer and trans folks," writes Tarana Burke (@taranajaneen) on Union. "He sees that he has a larger purpose," @johnlegend writes about Wade, "and that his athletic career put him in a position to make the world a better, safer and more loving place." Read more, and see the full 2020 #TIME100 list, at the link in bio. Photograph by Texas Isaiah (@kingtexas) for TIME

The duke and duchess’s appearance on the TIME 100 broadcast was first announced last week in a very short teaser clip. They were referred to as “Harry and Meghan” in a preview for the special rather than “Duke and Duchess of Sussex.” That said, TIME called them the Duke and Duchess of Sussex in an article promoting the broadcast and during their introduction in the television special.

The full list of this year’s TIME 100 honourees went live on TIME’s website when the special aired on Sept. 22. The TIME 100 magazine issue will be available on newsstands on Sept. 25.