How Gossip Is Getting Me Through The Pandemic 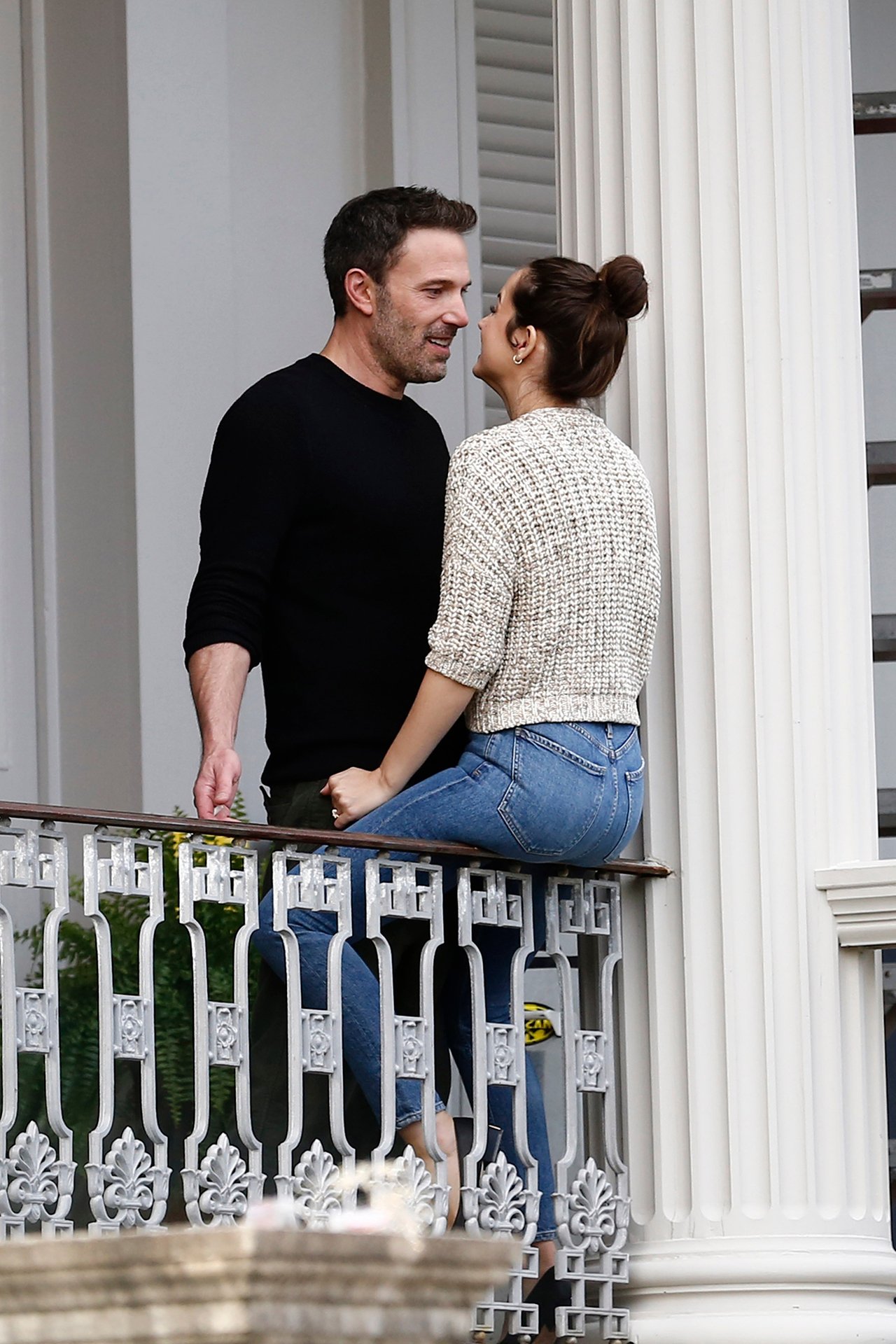 When it comes to gossip, I have little shame. The same goes for admitting that the friends I’ve grown closer to during the pandemic are the ones who’ve provided me with scintillating rumours of friends of friends, and who are always up for late-night group chats on the celebrity gossip du jour: Meghan and Harry, Ben and Ana, Harry and Olivia. Have I grown more shallow during lockdown? If so, I am not alone.

“The closure of non-essential businesses and physical distancing protocols amid the COVID-19 pandemic have disrupted the daily gossip that would have taken place around the proverbial watercooler,” explains Adam C. Davis, a PhD education candidate at the University of Ottawa who has studied societal patterns in the ways we gossip. “People have been relying more on alternative sources and technologies for gossip. I expect that there has been an uptick in gossiping during Zoom calls, over social media platforms and through phone applications, like WhatsApp. They may be gossiping more with their roommates, partners and family members with whom they share a physical space.”

“It comes down to human nature: we are social creatures and gossip–like all forms of conversation–helps us make connections, but also establish hierarchies,” adds Heather Kirk, assistant professor of French literature and culture at Western University. “Who knows what? Who is reliable? Knowing a secret or piece of need-to-know information and sharing it with our trusted circle of friends is a form of entertainment as well as a way of bonding. If you know something worth sharing, you take centre stage, educate or inform your friends, all while cementing your social bonds. We learn through gossip who is trustworthy and who isn’t.”

Call it modern natural selection. The friends who have emotionally sustained me throughout the last year have encouraged my urges to pass moral judgment on other people’s dramas. If your instinct here is to gasp and think “oh, that’s horrible,” I suggest tossing your moralism and toxic positivity in the trash. As my own mother once informed me, when “information” about those you congregate with is cleanly collected and dispensed, “it’s not gossip, it’s business.” While her resolve is that you should know who you’re spending your time with, I just love a good story.

So, let’s all be adults and admit it: sometimes, there is nothing more satisfying than shit-talking your neighbour or co-worker or friend (or celebrity who you have no chance of ever even running into) to another neighbour or co-worker or friend. It doesn’t mean you’re happy some misfortune has befallen them–hell, gossip isn’t always rooted in the unfortunate–but that it can be fun sharing a secret—perhaps exaggerating certain details—and then ruminating on why they did this? Will they do that? Who was involved? Would you have done it?

Such has been the theme of many of my DMs this past year. A friend will text with variations on “OMG this is going to sound terrible but…” or “I don’t want to be a bitch, but…” and it’ll be off with the races, while any goddamn thing becomes 10 times more salacious than it is.

That’s because we’re starved for good stories. With our social lives grinding to a halt during lockdown, we’ve had to pick the bones of whatever B-grade drama we can find —or turn to celebrities, who are always available for consumption. From the married Dominic West kissing his co-star Lily James in Rome, to Ben Affleck throwing away an Ana de Armas cut-out after announcing their break-up, to Olivia Wilde and Harry Styles hooking up, Hollywood mercifully continues to give us plenty to talk about. As preeminent social commentator and writer Roxane Gay once tweeted in a far simpler 2016, “The world is a mess. Life is hard. Us Weekly is biblical.”

Sure, we’ve always been culture vultures–just take one look at the current societal reckoning of Britney Spears, who some have only just come to realize was treated poorly by the media in her early aughts heyday. What’s happening now–a ravenous poring over of her personal history–isn’t all that different at its root, even if it is through the lens of a kinder eye.

But thanks to social media, it’s what would have been smaller, sillier stories just two years ago that now have a greater lifespan. Kirk explains, “Today, we’ve placed celebrities at the top of our social hierarchies, much in the way the king or queen or famous nobles would have been 200 years ago. Celebrities live in another world, have almost surreal lives of privilege, travel, wealth and beauty. Even though our lives have been on pause for a year, it seems that their lives haven’t stopped in the same way. There’s a sense of normalcy attached to consuming celebrity gossip, especially as a form of entertainment and escapism in a COVID-19 world.”

Consider, for example, Hilaria Baldwin, wife of Alec. She was accused in December of having faked a Spanish accent and heritage for years. That news came in a series of tweets, which included clips of Baldwin’s uneven accent and excerpts from magazine interviews in which she claimed she’d been misidentified. It was like a collage of scandal, building on itself day after day. And it was delicious. Each morning, I’d wake up and be regaled with a new Baldwin morsel. Friends would DM each other, playing armchair detective.

“Celebrity gossip can seem harmless and risk-free because we don’t know the subjects personally,” says Kirk, explaining that the only difference between real-life and celebrity gossip is the lack of liability associated with the latter. “Real-life gossip risks our social position and our reputations; it relies on the trust and discretion of our audience. We have to make sure that the people with whom we are speaking are trustworthy. I’m sure you can think of someone in your life with whom you don’t gossip because they can’t help but repeat what you’ve told them.” (Mmhmm, yes.)

It’s why celebrities and unidentified subjects make us feel a little less bad. Take DeuxMoi, an Instagram account that had originally gone from fashion curation to casual gossip well before the pandemic, but morphed into a full-on blind item hot-spot on March 18, 2020, dedicated to posting anonymously submitted celebrity gossip. Because the content is blind and more likely to be untrue, the space for our imaginations to run wild and wonder which actor of a certain age has been cheating on his wife for decades or which pop star spends her evenings and weekends swinging is expansive. It doesn’t matter what’s true or not; where there is little fact, there is great fantasy.

It’s akin to another trend that’s exploded on Twitter: the dissection of Reddit’s r/Am I The Asshole and r/Relationship Advice subreddits, where strangers open themselves up to endless judgment in search of advice, usually regarding their terrible boyfriends (resulting in a “dump him” chorus). They often find their way into my group chats so that we can all ruminate on what we think this absolute stranger should do and how the hell did they end up here in the first place, don’t they love themselves?

It’s all delightful. Those indulging certainly aren’t hoping to find virtue in the annals of Reddit or People, anyway. And according to a 2019 study published in the journal Social Psychological and Personality Science, real-life gossip is often neutral in nature rather than positive or negative. It’s more about sharing stories than expressing contempt and, whether it’s positive, negative or in-between, it can facilitate healthy discussion. Still, let’s be real, a lot of the gossip many of us partake in isn’t very kind, which makes it a hell of a guilty pleasure.

“Malicious gossip does still fulfill that entertainment and social bonding aspect that is at the heart of every conversation,” says Kirk. “It also has a greater element of thrill because it’s illicit. Schadenfreude is an important element of why we disseminate and consume negative gossip, but there’s also some catharsis in its traditional, tragic meaning: we are relieved that the pain or suffering of others isn’t ours to bear.”

She offers a helpful measure: “If gossip is only shared between two people, it’s a secret. It [grows] power when there is a public to consume it.” For example, take the case of Netflix’s Bridgerton, which follows a fictional version of Regency London and is narrated by Lady Whistledown, the town gossip who knows all and uses it to bump members of society off the social ladder. “We can see the riveted public desperate to read the latest on dits from Lady Whistledown. If there’s no readership, no one to consume the gossip, the words she writes have no power. Lady Whistledown is a malicious gossip who uses her pamphlets as a way to gain power, to upset the status quo, to make money and get revenge. It’s a typical representation of the vindictive woman.”

That’s a common archetype, because even though men and women are keen to gossip, historically, the practice has been linked to the latter and is partly why it’s considered ill-advised and vacuous.

“Women are represented in the literary canon–written by white men for the most part–as having idle tongues or being inclined to gossip with each other,” says Kirk. “Men speak with force and purpose; women make noise, babble, cackle and prattle. Gossip has a negative connotation as a feminine practice because it is seen as empty or meaningless, but recent studies in sociology and psychology prove that there is an essential social bond and hierarchy created by mundane conversations and the sharing of information. For women, information has always been a form of power in a world in which we have historically had little agency…and the only thing that belongs to us is what we know.”

In Regency London, that was how women created their own communities and built whisper networks that warned them of who to avoid. Today, it’s still a universal tactic many of us subconsciously use for the very same reasons. And before you insist this could never be you, that 2019 study also found that people spend an average of 52 minutes a day gossiping. There is no righteousness, then, in behaving as though one does not participate in idle talk or, at the very least, enjoys overhearing it.

Besides, it’s a pandemic, what other social currency do we have left? Life is short, talk shit.

If you’re looking for a celeb scandal or two to feast on, here are a few alternative, uncensored options born through blogs and social media: