'I Can’t Magically Shrink Myself To Accommodate Others.' Why I Called Out A Fat-Shamer On A Flight

Passengers need to chill out and have compassion for their seatmates who take up more space. 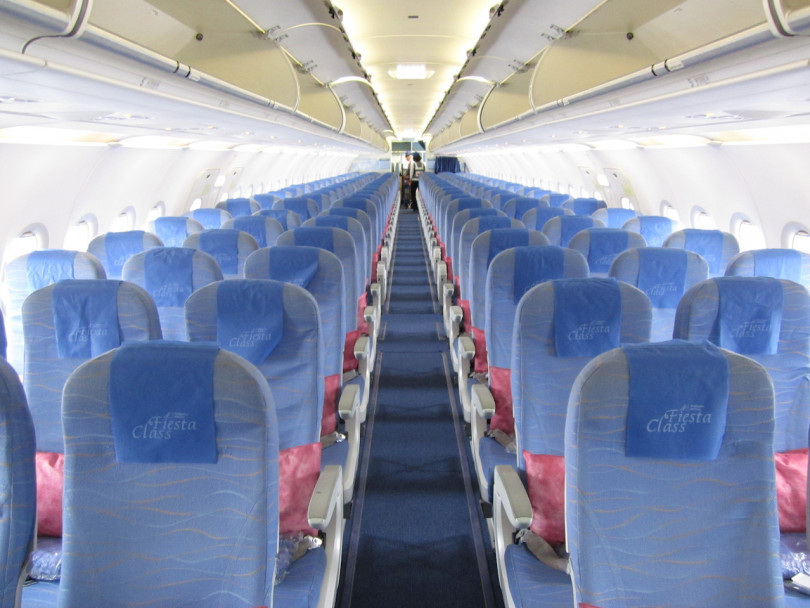 There’s nothing comfortable about flying on a commercial aircraft. Unless you can afford to fly first class, chances are you’re stuck in economy with the rest of us, where the seats are narrower than ever, and tensions higher than ever. We’ve all played the armrest tango with our seatmates, but the laws of space carry a lot more weight (pardon the pun) when you’re a fat babe like me.

On a flight to Mexico, I was seated next to a young couple. When we sat down, the dude’s arm and mine touched across the armrest, and, almost immediately, he began complaining to his girlfriend that he was uncomfortable. He then asked her to switch seats, so she would be in the middle and he could lean against the window, and I heard him murmur, “Oh, she’s definitely comfortable.”

Instantly, my skin got hot and prickly. Was he talking about me? My heart started racing and I wanted to cry and yell all at once—a reaction I’ve had to fat shaming before. I managed to compose myself and stay calm, but 15 minutes later, I decided to say something: “Excuse me, were you talking about me before?” He shook his head, and his girlfriend winced, emphatically denying the comment had anything to do with me. Despite their protests, I explained that I’m not able to help how much space my arm takes up.

All three of us sitting in that row had paid a fee for what the airline calls “priority” seating. It’s not as glamorous as it sounds: $50 extra buys you a few extra inches of legroom (all seats in economy are the same width).

I’ve had both hips replaced, so the extra space is more comfortable, but I often find people who pay for the extra legroom feel entitled to sprawl out like starfish, and get more huffy when they see a size 20 woman in the seat next to them. These reactions also have to do with discomfort when it comes to physical contact between strangers (“OH GOD, WHY IS HER ARM AGAINST MINE, THIS IS SO AWKWARD”), and trust me, I hear you. This isn’t an ideal position for me, either.

According to most airline policies, passengers must be able to lower both armrests. If they can’t, they’ll be asked to buy an extra seat. Some airlines will reimburse passengers for this cost and some will not.

If you arrive at the gate without having purchased a second seat and there isn’t one available, you could be bumped from the flight. Like most people, my weight fluctuates and I don’t fly often, which means I don’t know if those arm rests will cooperate once I sit down. I’ve heard stories of people who have been asked to leave a flight after boarding for these reasons. The whole process can be dehumanizing and incredibly humiliating.

On this flight, next to Whiney McWhinerson and his apologetic girlfriend, I could, indeed, lower the armrest—I was within the airplane’s policies, and I wasn’t going to let him make me feel like I didn’t belong in that seat. He continued to avoid eye contact with me while his girlfriend explained that he’s never liked the middle seat. They did end up switching, which meant the rest of the flight was quiet; I got my arm space back and dude fell asleep in the corner.

So here’s a PSA for all travellers: Let’s try to adjust our expectations just a little bit and tap into our compassion when it counts, whether you’re seated next to a stressed-out parent with a crying toddler, a lady with thick thighs or someone with a disability. A smile or a hello goes a long way in reassuring your seat mate that you don’t despise their existence, which will make traveling together much more pleasant. And if you’re too grumpy to muster a greeting, just put your headphones on and stay quiet.

I try to keep to myself as much as I can. But unless I contort myself into what look like high-level yoga poses, I cannot help that my arm and thigh are touching your arm and thigh. Because as much as I have tried, I can’t magically shrink myself to accommodate others, and I won’t apologize for the space I take up.