Natalie Moores came out during the pandemic. Now, she’s headed to three Pride festivals across Ontario, proving it’s never too late to celebrate. 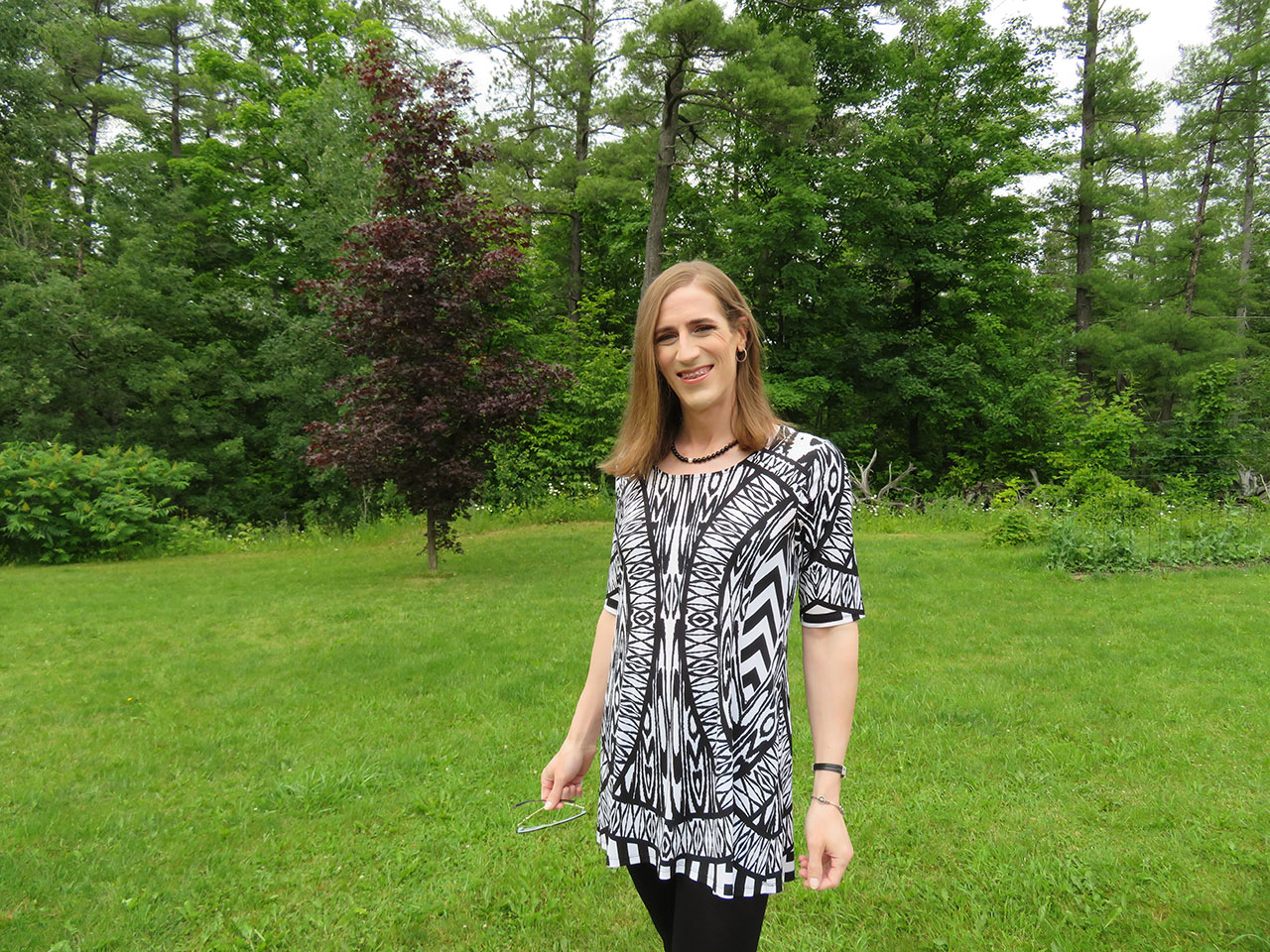 Until the pandemic, Natalie Moores had a pretty good life: She had a secure job, a solid marriage, a sweet baby son, and a nice house on a big lot in Arnprior, about 40 minutes west of Ottawa. But with quarantines and lockdowns, Moores had newfound time to reflect—on the way she’s spent the first four decades of her life living as a man, and on what she wanted for the future.

From an early age, Moores knew she wasn’t quite like the other boys. She gravitated toward girls and felt more at ease with them. As a teen, she made an effort to hang out with boys, as was expected. She knew she wasn’t gay—she was definitely attracted to girls. But she suffered from depression throughout her life and had the sense something wasn’t right. Then, one night in the spring of 2021, she suddenly figured out what it was.

Moores had never felt a need to express her femininity before, but now realizes the gears were turning subconsciously. She had a keen interest in trans stories and followed trans performers like Laverne Cox on TV. Removed from all her usual routines during the pandemic, Moores felt liberated from patriarchal expectations and toxic masculinity. She worked from home, and she let her hair grow long. One night, catching her reflection in the bathroom mirror, “I saw Natalie looking back at me.” It felt, she says, like one of those movie tropes where the character’s life flashes before their eyes. “I call it my epiphany,” Moores says. “All those repressed thoughts hit me in the face.”

The next evening, Moores told her wife what had suddenly become crystal clear to her: She was a trans woman, and she was a lesbian. 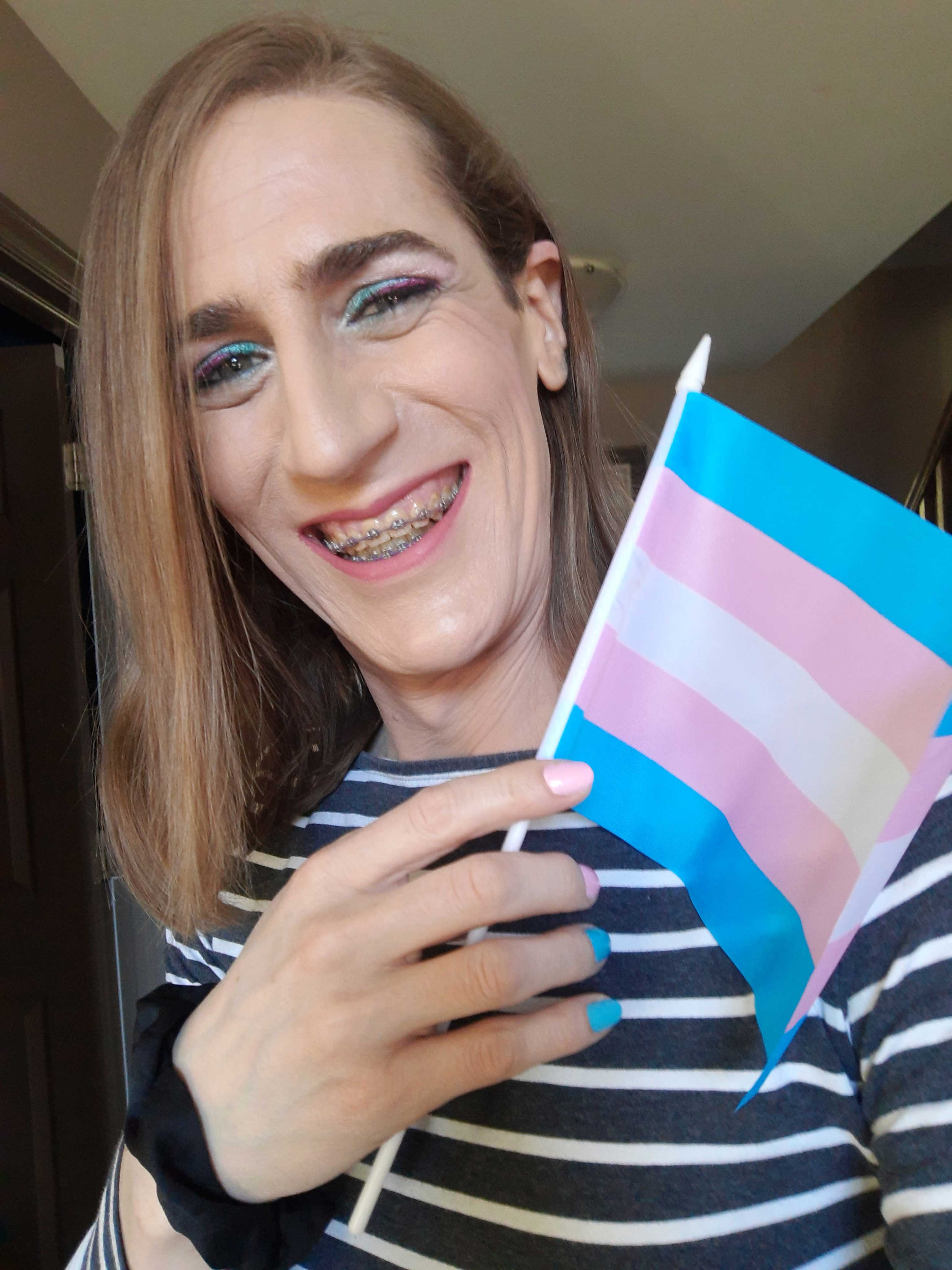 Moores was afraid she might lose everything, but her wife was phenomenally supportive. She even bought her a cake with the trans flag on it to mark her “rebirthday.” Now, their family is going through a major transition, with Moores and her wife cohabiting and co-parenting. The pair are also exploring polyamory to allow for other partners, and waiting with open hearts to see what comes next.

For Moores, living authentically means there are new sources of joy every day. Some are small—she’s glad not to have to pretend to enjoy sports anymore. Some are huge—her son’s daycare staff have adjusted to calling her Maja (a nickname she made up) instead of Dad. Each step that allows her to move forward in her journey is exhilarating—from shaving her legs for the first time, to receiving medical care to affirm her gender.

In the easygoing way of young children, her son has taken her transition in stride and has no trouble with her pronouns. The reaction of her family has been much better than she imagined. Her mother enjoys fashion and has embraced shopping for clothes and make-up with her. Even her male-dominated workplace has adjusted with relative ease.

But in her rural, conservative community of Arnprior, Moores has felt more trepidatious. It’s not easy to go into the local hardware store as her new self, though she says the long hiatus caused by COVID-19 has actually helped: She’s been able to notify friends and colleagues of her transition before appearing in person. She has not faced any direct transphobia or threats, but worries about being “clocked” as trans. Trans women are at disproportionate risk of violence and harassment compared to their cis counterparts, so Moores has proactively sought support at every turn; she has wasted no time in finding other trans people in her local area and in Ottawa. She has ventured out slowly and found safe spaces to get coffee, shop and enjoy a night out.

In 1981, the year Moores was born, Canada celebrated its first official Pride Day—an event catalyzed by the mistreatment, arrests and harassment of LGBTQ2S+ people in the Toronto bathhouse raids months earlier. On June 28, 1981, about 1,500 people gathered at Grange Park behind the Art Gallery of Ontario for a picnic with speakers and entertainment. Then they marched along Queen Street; in front of Toronto Police’s 52 Division, the protesters’ shouts made a thundering wall of sound. It remains a visceral memory for organizer Amy Gottlieb: “We felt rage, but we also felt love for ourselves and each other,” she says. “We were embracing a different future.”

That future has arrived for Moores, who, at age 41, will be attending Pride for the first time ever this summer. She even accepted an invitation to join Arnprior Pride’s planning committee, which is organizing community-based activities in collaboration with local businesses to run throughout the summer. There’s a scavenger hunt, bingo game, bowling night and a couple of drag shows, wrapping up with a community “Pride in the Park” BBQ. She plans to attend Renfrew County’s inaugural in-person Pride festival in June, and the week-long Capital Pride in Ottawa at the end of August. The common thread: a sense of togetherness, belonging and celebration.

Moores has already attended a few recent LGBTQ2S+ events in Ottawa. “I always felt a kind of affinity with queer culture, keeping one ear open, but not knowing how I fit in,” she says. Last year, she was focused on beginning her transition, but this year is all about making connections within the diverse communities to which she now belongs. She’s been to her first lesbian dance, and some meetups of trans and polyamorous groups. It’s a lot to navigate, especially after two years of social isolation, but she is feeling excited this Pride season. “It took me decades to find a sense of pride in myself, so I’m excited to proudly shine my true colours with the world around me,” she says.

“The best time to transition would have been 20 years ago,” Moores reflects. “But the second best time is now.”

Correction: A previous version of this story incorrectly identified Dame Edna as trans and has been removed.