The Fall Weather Forecast According to Environment Canada 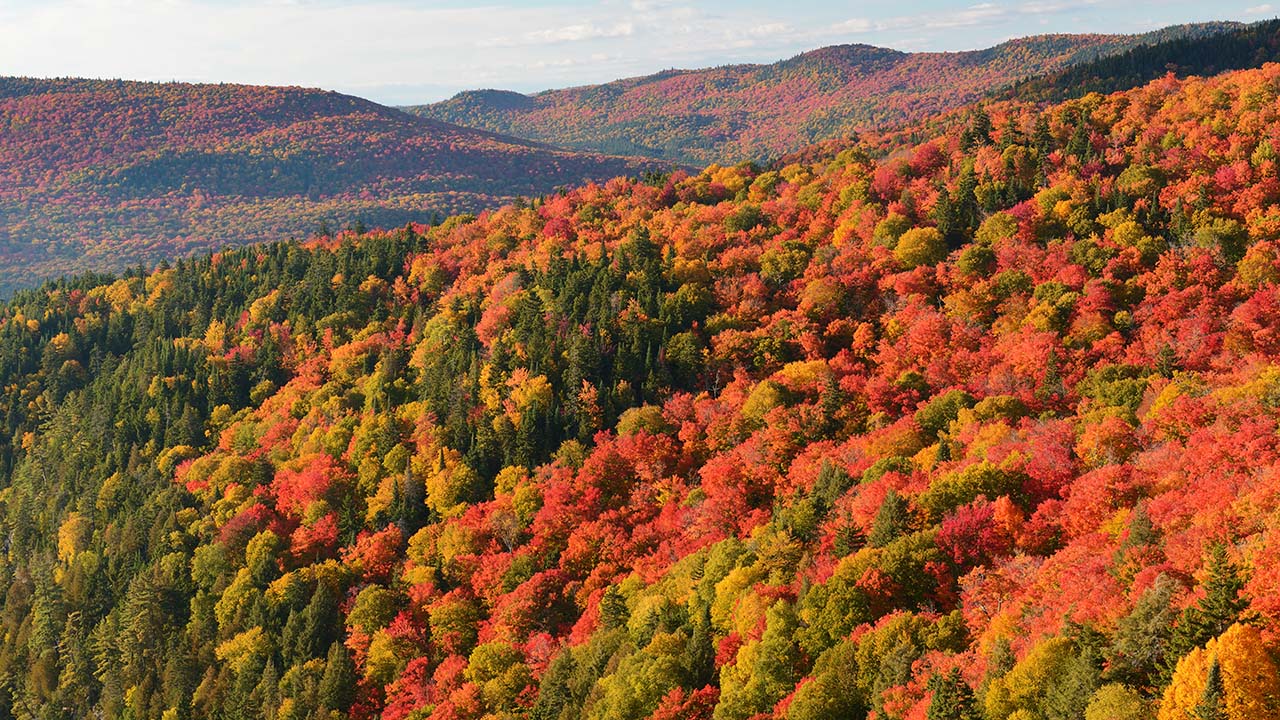 The Laurentian Mountains in fall. Environment Canada is predicting gorgeous fall colours in Quebec and Ontario this year (Photo: iStock)

Though fall doesn’t officially start until September 22, the days have already gotten shorter and there’s a definite chill in the air. So, what’s in store for Canadians this fall?

Though it’s hard for meteorologists to tell us exactly what the forecast will be all season long, David Phillips, Environment and Climate Change Canada’s senior climatologist, gave us a nationwide temperature and precipitation forecast for the months of September, October and November. Environment Canada’s forecast for this fall is calling for both warmer-than-normal and drier-than-normal conditions this fall across the country. “What we’re seeing is maybe more warm days than cold days, but that doesn’t mean that there can’t be frost or snow on the pumpkins,” says Phillips.

Though this is a seasonal forecast, it’s still important to check local conditions before venturing outside (we love Environment Canada’s WeatherCAN App). Phillips also urges Canadians to keep an eye out for severe weather events, like rain storms, which are common in autumn.

Here is what Environment Canada is forecasting this fall, region to region.

Those living in B.C. and up to parts of the Northwest Territories will experience warmer-than-normal and drier-than-normal weather conditions. Though B.C. had what Phillips calls a “disappointing summer,” with very cool and wet conditions in the north and central parts of the province, this will make for nice fall conditions. “One thing you get unanimous agreement on is a milder-than-normal fall because it’s too early to ski and you’re not making snow and ice,” Phillips says of the upcoming season.

This summer’s cool and wet weather was also a bit of blessing for the province. “There were some fires, but they were localized and more manageable,” he explains.

Like the rest of Canada, the prairie provinces are forecast to have a warmer-than-normal and drier-than-normal fall. Phillips points to this weather as being ideal for farmers who are preparing for the fall harvest, which is already underway in some parts of the region. “[Farmers] will get their work done and things will be completed before the first killing frost and the first snowy night,” he says. “They had favourable weather last month, which was drier-than-normal, so they’ve been going full speed morning noon and night. The favourable weather that we’re seeing now will only encourage the completion of the harvest, unlike last year where they worried that they’d have to finish the final harvest in the spring, rather than complete the work in the fall.”

Ontarians and Quebeckers can also expect to experience a warmer and drier-than-normal fall. This summer, Ontario experienced a record-warm summer. According to Phillips, Ottawa had 18 days in July that were above 30 degrees—and some of them were 35 or 36 degrees. Toronto also had 35 days this summer where the temperature reached above 30 (normally it gets about 16 days). Similarly, Montreal had 22 days above 30 this summer, though it normally only has about 9.

That being said, the hot summer and “adequate precipitation” heading into the new season will lead to a colourful fall. This year’s fall foliage should be magnificent, says Phillips, and those headed out to look at the fall colours will be in for a treat, since it’s likely that Ontario and Quebec will have great viewing weather—blue skies, puffy clouds and nice crisp temperatures. “But don’t procrastinate,” warns Phillips. “We’ll be seeing a later-than-normal colour change season, but when you get later, you run the risk of getting into some fall storms [which can ruin a good outing or even knock leaves off branches prematurely].”

Atlantic Canada will also experience a warmer and drier-than-normal fall—and like much of the rest of Canada, the Atlantic provinces have experienced a scorching summer that’ll continue into fall. Moncton, for example, experienced its driest and hottest August on record.

One thing that Atlantic Canada should watch out for this fall is hurricanes. This year’s hurricane season has been particularly active, with about 17 named storms already in the Atlantic—the most recent being Tropical Storm Rene. According to Phillips, “There has never been a season where we’ve gone to through the alphabet so early in the season, and the peak of the season is usually September and early October.” Though the storms haven’t impacted Canada much yet, tropical storms can still influence the weather in the Atlantic provinces.

Because of the warmer conditions this fall, the coming of winter will be delayed, meaning that ice won’t be as thick as normal, says Phillips. This can be a hazard for northerners hunting, fishing and trapping. Warmer-than-normal Arctic Ocean waters would also delay growth of the extent, thickness and concentration of marine ice—which has a longer-term impact for weather in other regions in Canada as well, since there is the potential for sea ice to form later and be thinner in the spring and summer of 2021.This means that ice melting next year will be faster and earlier.