'There Is So Much More Devastation Than Most People Realize': 4 Women On Extreme Flooding In Ontario And Quebec

From damaged homes to long-term evacuations, Canadians are still dealing with this spring’s flooding. 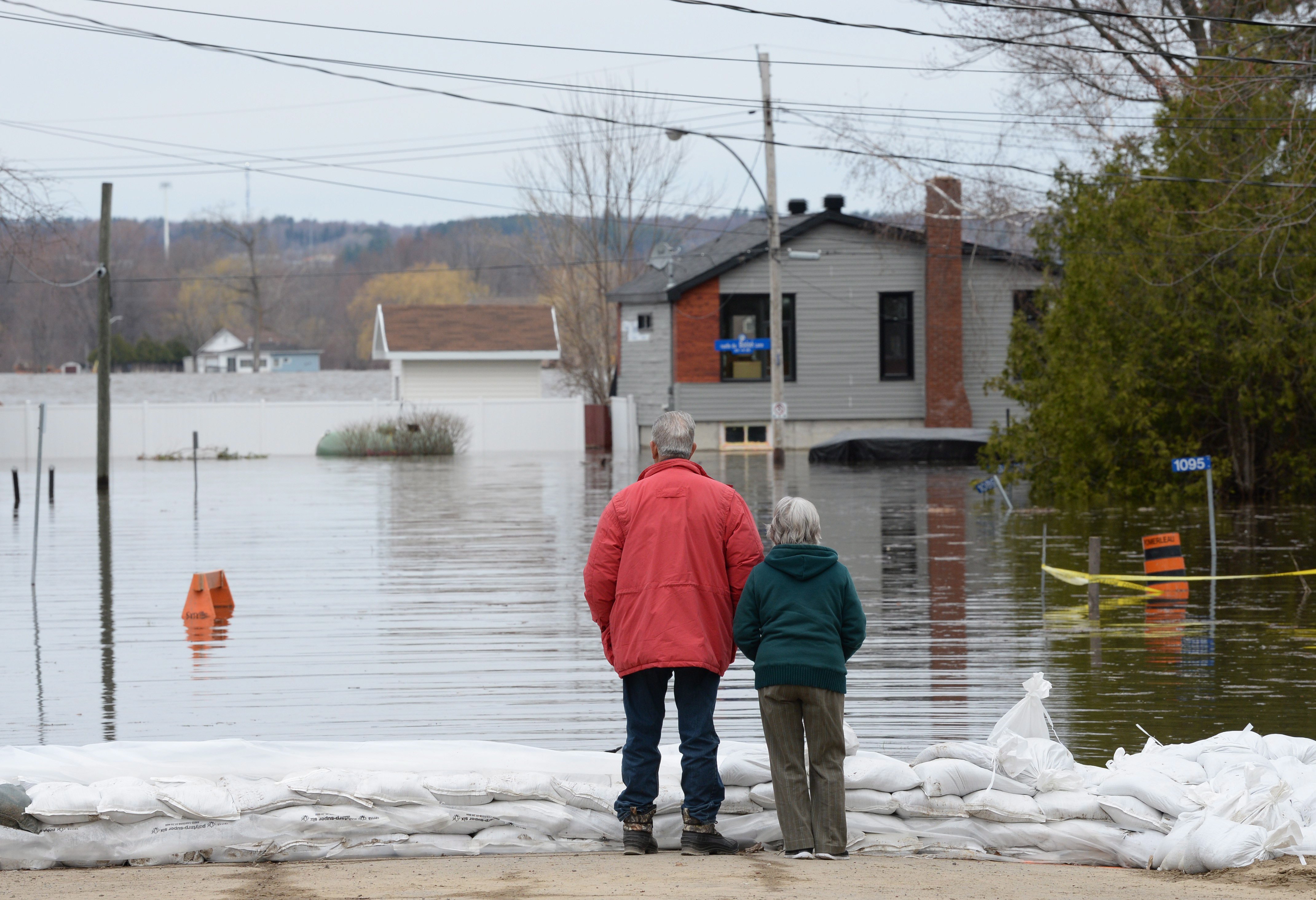 This past spring, as temperatures and water levels rose, extreme flooding hit communities in central and eastern Canada hard.

As water levels hit record highs—and municipalities declared states of emergency—residents were faced with flooded homes, property damage, and health and safety risks. In some areas, communities were left isolated as floods made roads impassable. Now, weeks later, water levels are receding—but affected residents are still dealing with the aftermath.

It’s a situation that will only become more common as the effects of climate change are increasingly felt in Canada. Areas that experience “hundred-year floods,” like the ones that occurred this year and in 2017, will begin to see catastrophic flooding become more common. Extreme flooding is meant to be a once-in-a-lifetime occurrence—but now residents and city staff in vulnerable areas may need to plan for long-term flood proofing. As extreme weather becomes more frequent, and its connection to climate change discussed more widely, it may also become an important issue in the upcoming federal election.

We talked to four women who were affected by the extreme flooding about losing their homes, evacuating and the effect the disaster has had on their families. 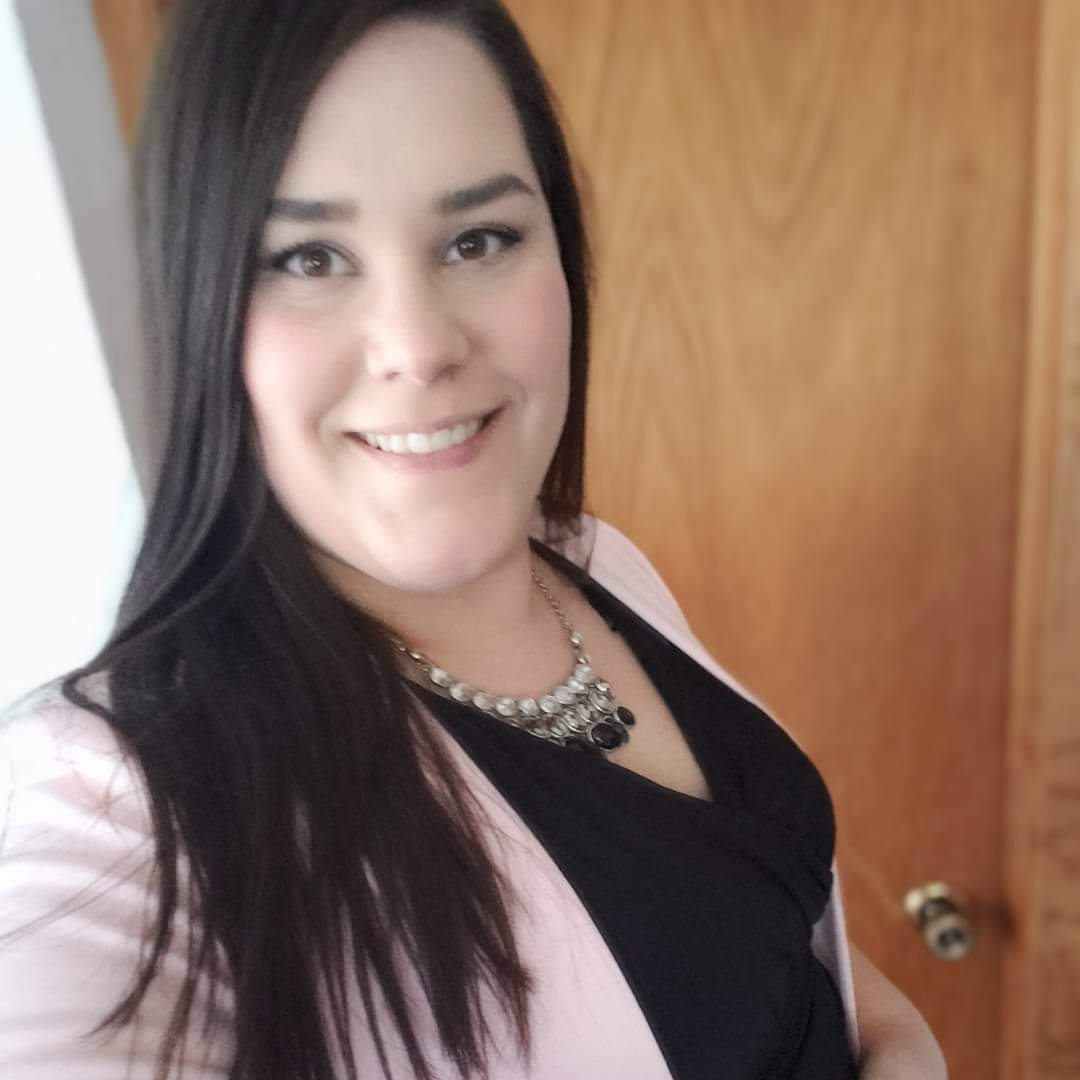 When her house flooded after water spread from the Ottawa River, Thuemen—who’s seven months pregnant—her husband and their two cats evacuated their house.

“Our town also flooded in 2017. Back then, we were able to keep our house dry  and stay in our home. This year, though, the levels are unprecedented. Even with all the pumps that we have, we weren’t able to keep up. Water was coming in and our house was surrounded. We were canoeing in and out for about two weeks until we decided to evacuate to a family member’s home. I’m pregnant, so canoeing wasn’t the easiest, but it just stopped being safe to be in there. We don’t know when we’ll be able to go back; they’re expecting the high water to stay up for at least a week, if not two, and then it’ll slowly drain. It’s pretty stressful, but we’re trying to stay positive. I’m not really sure what we can do and we still need help. If you can’t physically work and help to sandbag, buying people food is so important. Food was the last thing on my mind, I was just trying to get through my day. It was nice to have people bring us precooked meals. It was nice to have things to eat.” 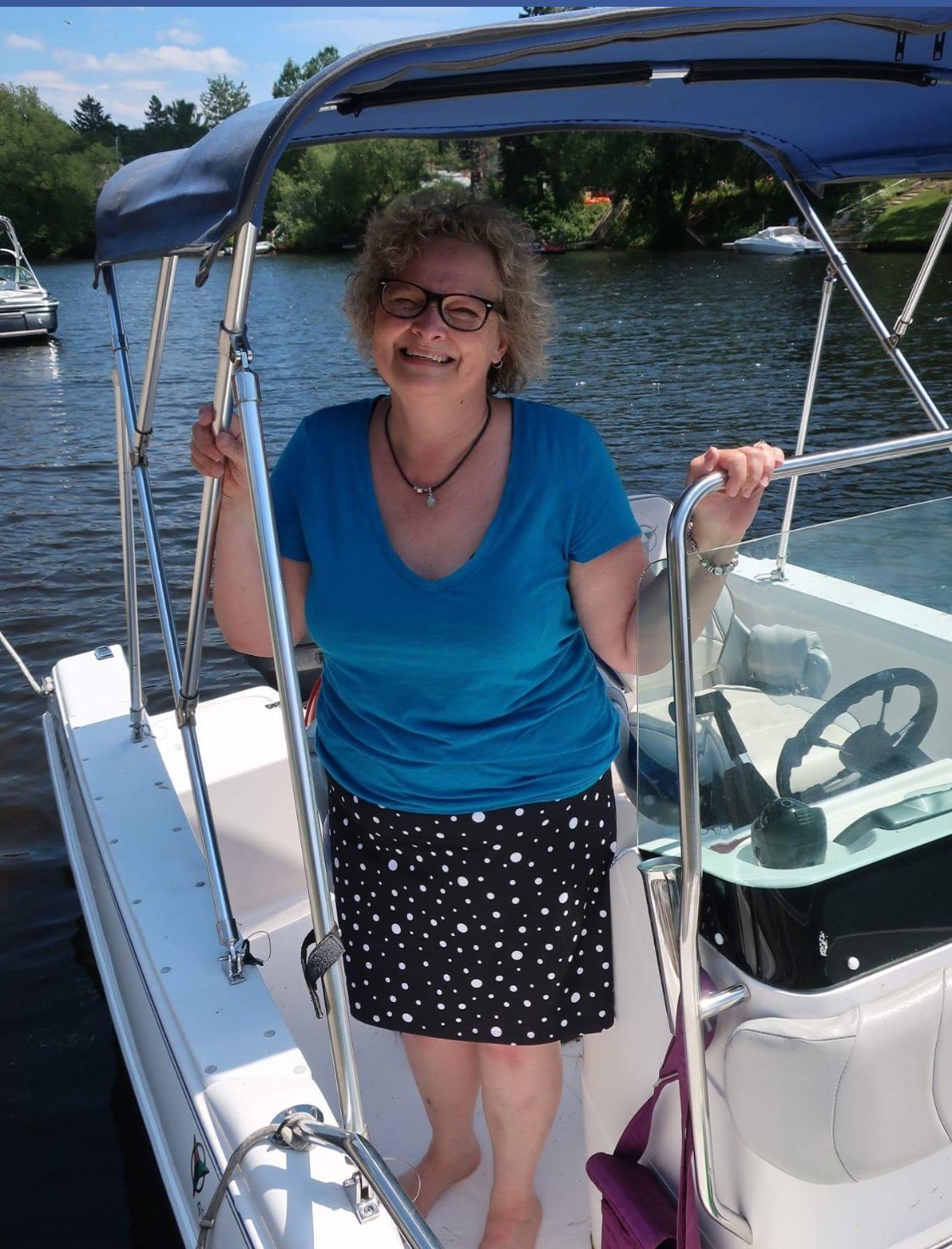 When her house flooded after water spread from Lake Muskoka, Hand, her daughter, and her husband watched as their docks and deck were destroyed.

“On April 27, the river was so high that our docks, side deck, and benches all broke away from a strong current and headed toward Lake Muskoka. The water was unbelievably high and so cold, and the current was so strong, that we couldn’t attempt to save anything without endangering our lives—so we stayed inside. My daughter Carissa is 39 and has Down syndrome and dementia and is legally blind. I have been taking her out to our community centre or my workplace to shower in the morning and going to the laundromat to wash our clothes. We are getting by, but with working full time and caring for her, I am more tired than usual at the end of the day. I really think the flooding will worsen every year—I think that climate change is a reality. I have noticed the last few years that our summer season seems to be July, August and September as if the seasons have shifted over a month. The end of April and beginning of May is more like the end of March and beginning of April used to be several years ago. We will remove all we can from the waterfront and tie down all we can that can’t be moved. We are going to have to batten down the hatches in the late fall in readiness for spring flooding going forward.” 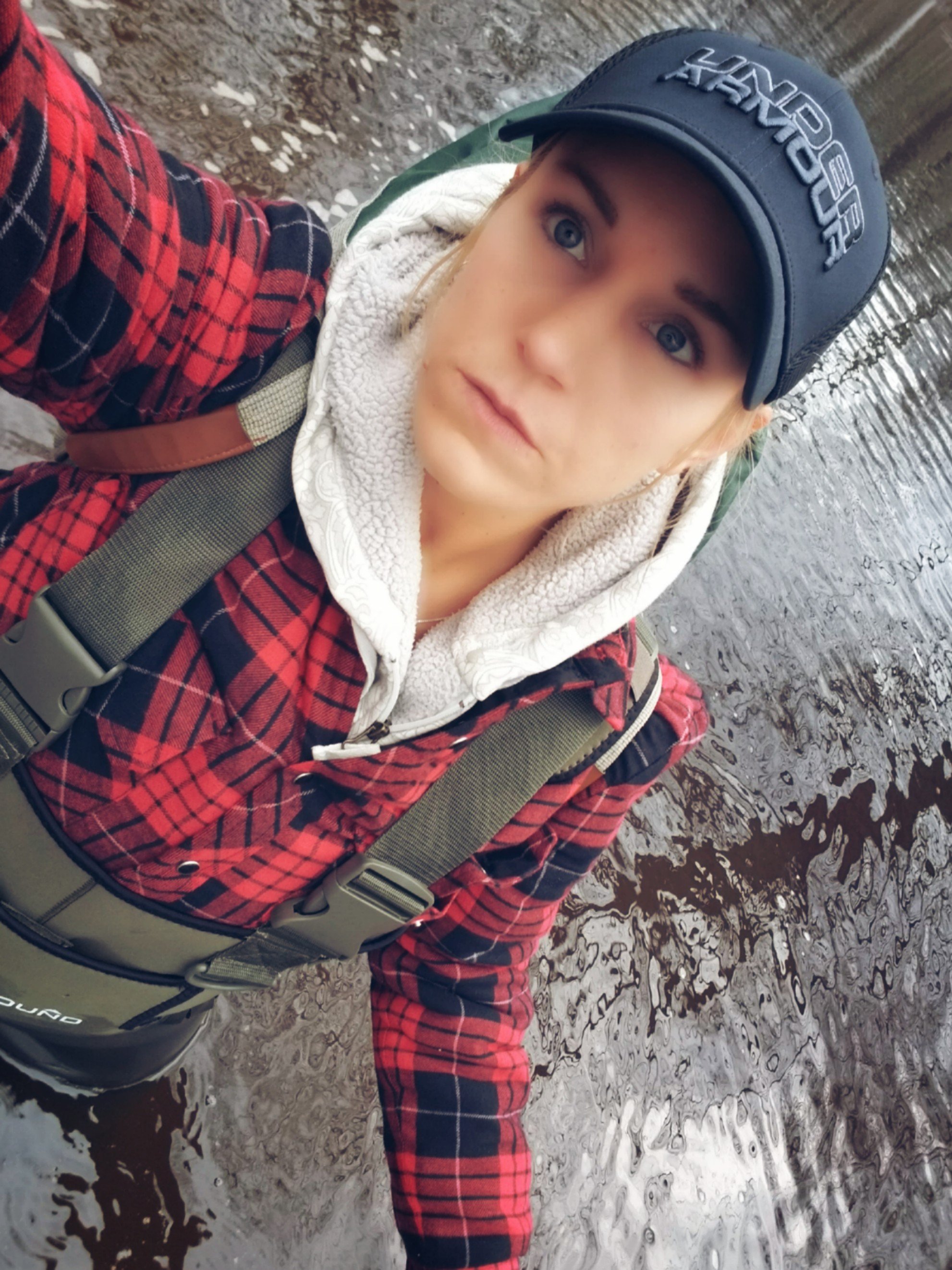 When her cottage flooded after water spread from the nearby Ottawa River, Bosco and her husband helped evacuate her parents, who live there year-round.

“We bought our property in 2017 as a cottage and our parents moved in permanently in 2019. It had never before been affected by a flood. As we watched the water fill our home this spring, we were in shock. Luckily, we were able to make our way down the street wearing chest waders, through water that was over three feet deep, in order to move as much furniture as possible to the second floor, as quickly as we could. We saved everything we were able to, but items too large to carry up the stairs were lost as the water continued to rise. My parents are staying with various friends and family while we do our best to rebuild. This experience has been very stressful, especially for my parents, and has consumed a lot of time and energy. Sadly though, this is only the beginning for us, as my husband and I start to tear apart the entire first floor after the waters receded and we were able to drive our truck in. Walls, flooring, subfloors, kitchen, bathroom, bedrooms—everything needs to be gutted and rebuilt. There is so much more devastation than most people realize. Mould is becoming a major issue with this flood, given how long the water levels stayed high. We had to throw out everything. If you know a flood victim, just reach out and ask them what they need—it’s that simple. Something as simple as a friend calling to ask if we want an extra set of bedsheets, goes an incredibly long way.” 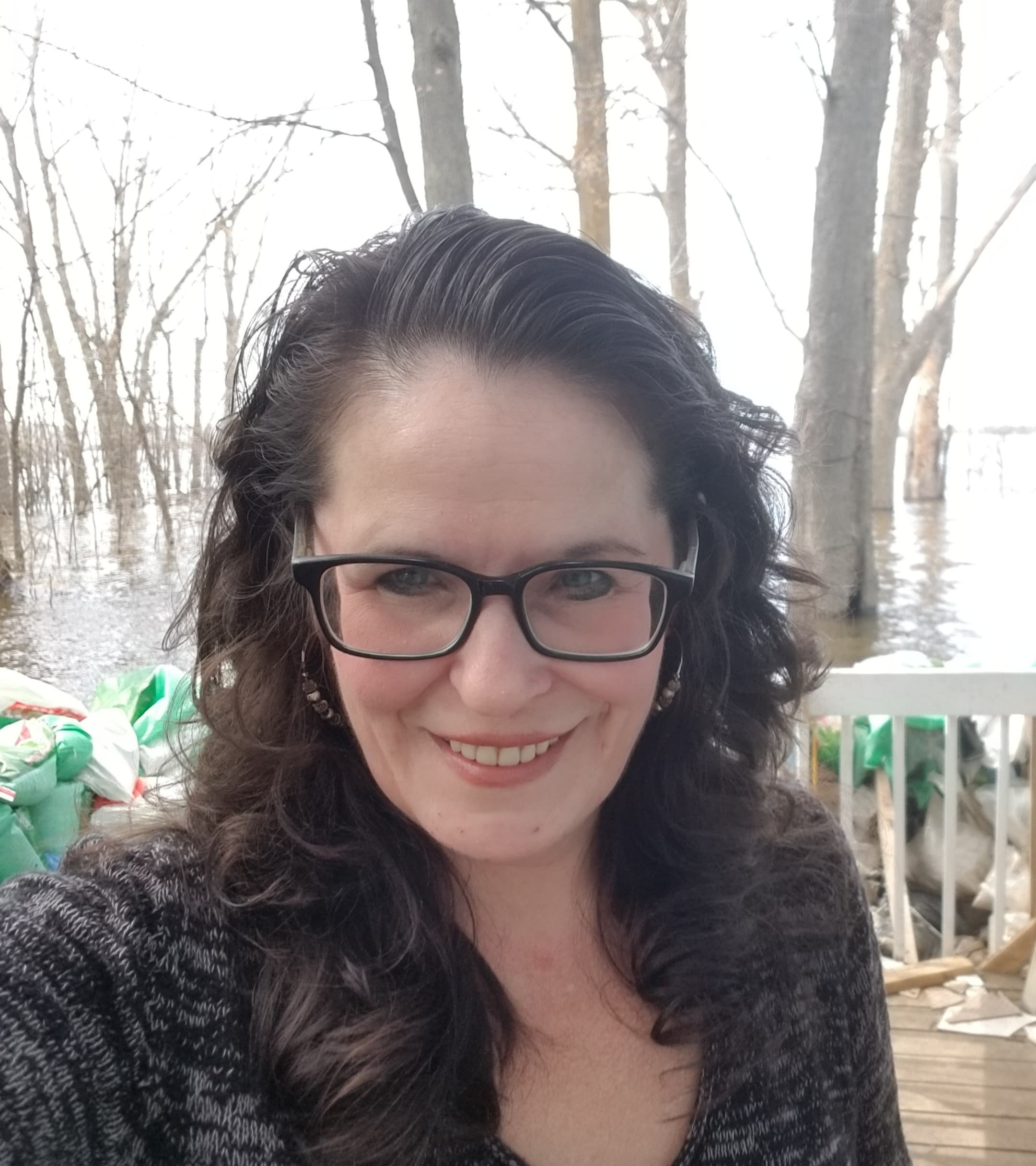 When her house on Île Bizard was threatened by water from the surrounding Lake of Two Mountains, Lemieux and her husband built a wall around their house to protect their property.

“We had to keep adding on to a wall made of sandbags, bags of crushed stone, and bags of crushed gravel we erected outside to protect us from the water. My husband is a contractor, and luckily, he thought to use scrap wood and wood pallets to secure the wall. We even installed two pumps to battle the seepage under the wall. When we had a collapse in the wall, that was a true emergency. That’s when I discovered the volunteer groups on Facebook, and all of a sudden, I had direct communication and assistance from the most beautiful souls I have ever met. They provided us with sandbags, manpower, emotional support and even hot meals and household essentials. We received very little support from the town itself—it was a nightmare. The flood has caused so much emotional, physical and financial damage. We literally were sleeping in the living room with our cell phone set to go off every hour just so we could go outside in the dark and make sure the wall was secure and the pumps were working. This went on for two weeks. I slipped and fell on a sheet of ice in February and tore my meniscus; because of the flooding I’ve been trapped in the house for over 30 days now. I still can’t safely get to the driveway and I’m unable to go to physio. Without my husband’s ingenuity and the love and support of the volunteers, we would not have made it through this.”

Interviews have been edited and condensed for clarity and length.