What Does Meghan Markle Do All Day? 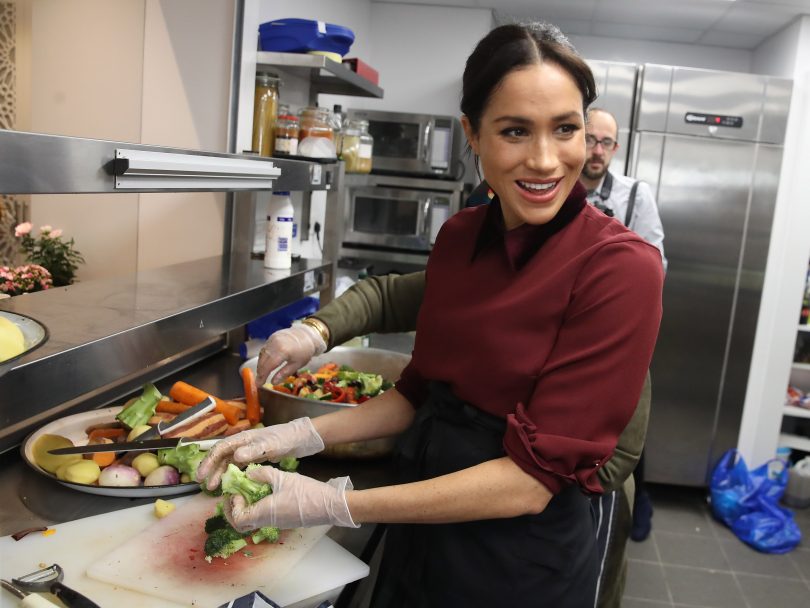 Meghan Markle has created a whole new buzz around the royal family. Whether she is stepping out in support of her royal patronages or on official duties for the Queen, Meghan’s every public move — and immaculate outfit — is documented and choreographed. But what about when she’s not on duty? Is the duchess’ new life all about afternoon teas and couture shopping sprees? As it turns out, the life of a working royal is still full of commitments, starting as soon as she opens her eyes in the (very early) morning.

Meghan Markle’s alarm clock goes off surprisingly early. Markle kicks off most days with an morning yoga session as early as 4:30 a.m. Saying “yoga is my thing,” Markle has kept up with the practice throughout her pregnancy — even during the rigorous royal tour of Australia in late 2018 — reportedly to help deal with pregnancy sickness.

After working up an appetite with her yoga session, the Duchess heads to the kitchen to fuel up with a healthy breakfast. Whether it’s an açai bowl, avocado toast, poached eggs or a green smoothie, the duchess tends to opt for nutrient-dense breakfasts. 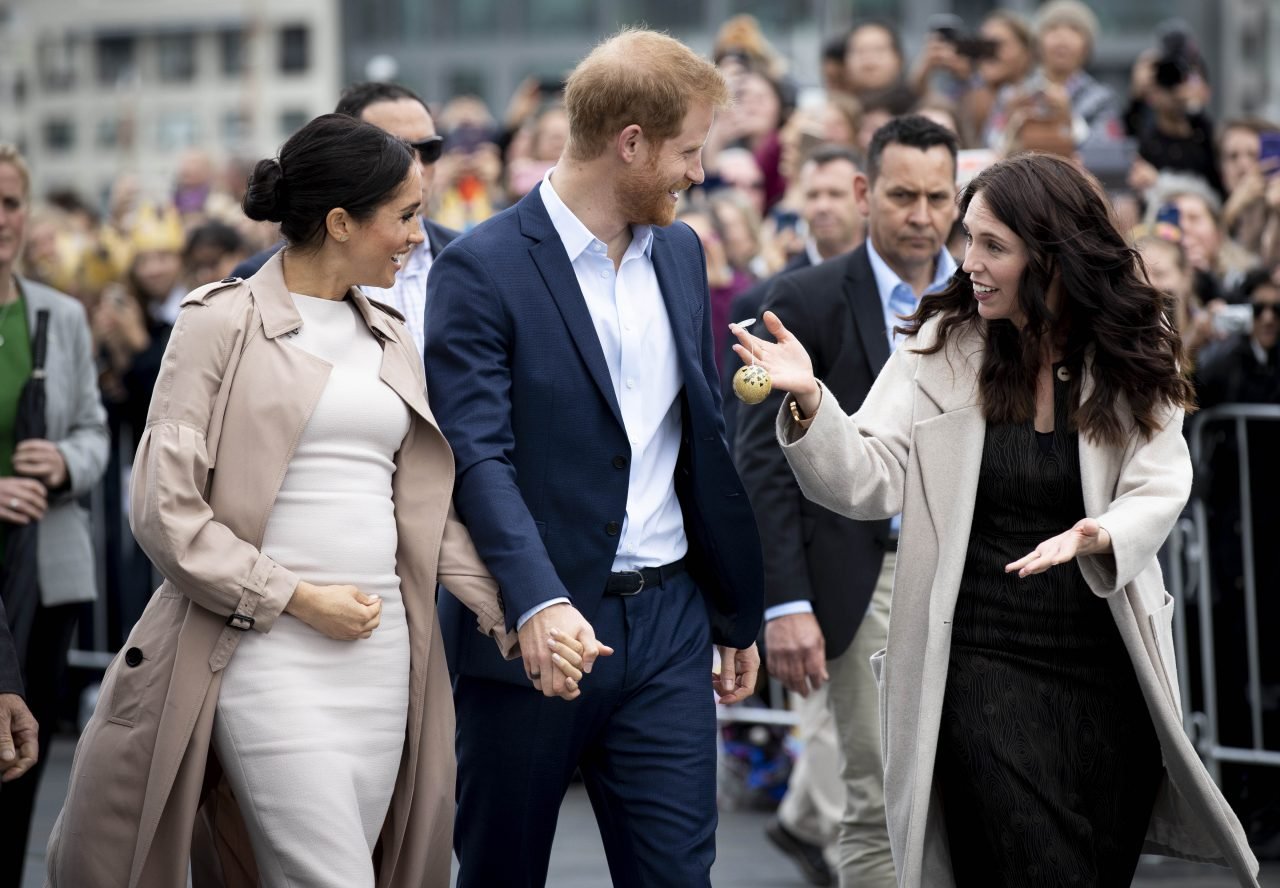 Later – after getting dressed in some insanely stylish clothes – Markle heads into private meetings with her team at Kensington Palace. Most of her working day is spent in meetings and easing into her role as the fourth principal patron of the Royal Foundation of the Duke and Duchess of Cambridge and the Duke and Duchess of Sussex. Meetings could be with her assistant private secretary Amy Pickerill to catch up on Markle’s official commitments or deliver briefs on charitable commitments and patronages, or her new deputy communications director, Christian Jones, to review daily news and reports or advise on media interactions. She might meet with foreign dignitaries, like New Zealand Prime Minister Jacinda Ardern, or with her whole team — which includes two assistant private secretaries, a programme organizer and two personal assistants — to plan upcoming events. Markle had a total of 96 engagements in 2018 since joining the royal family and each presumably requires meticulous planning and research. 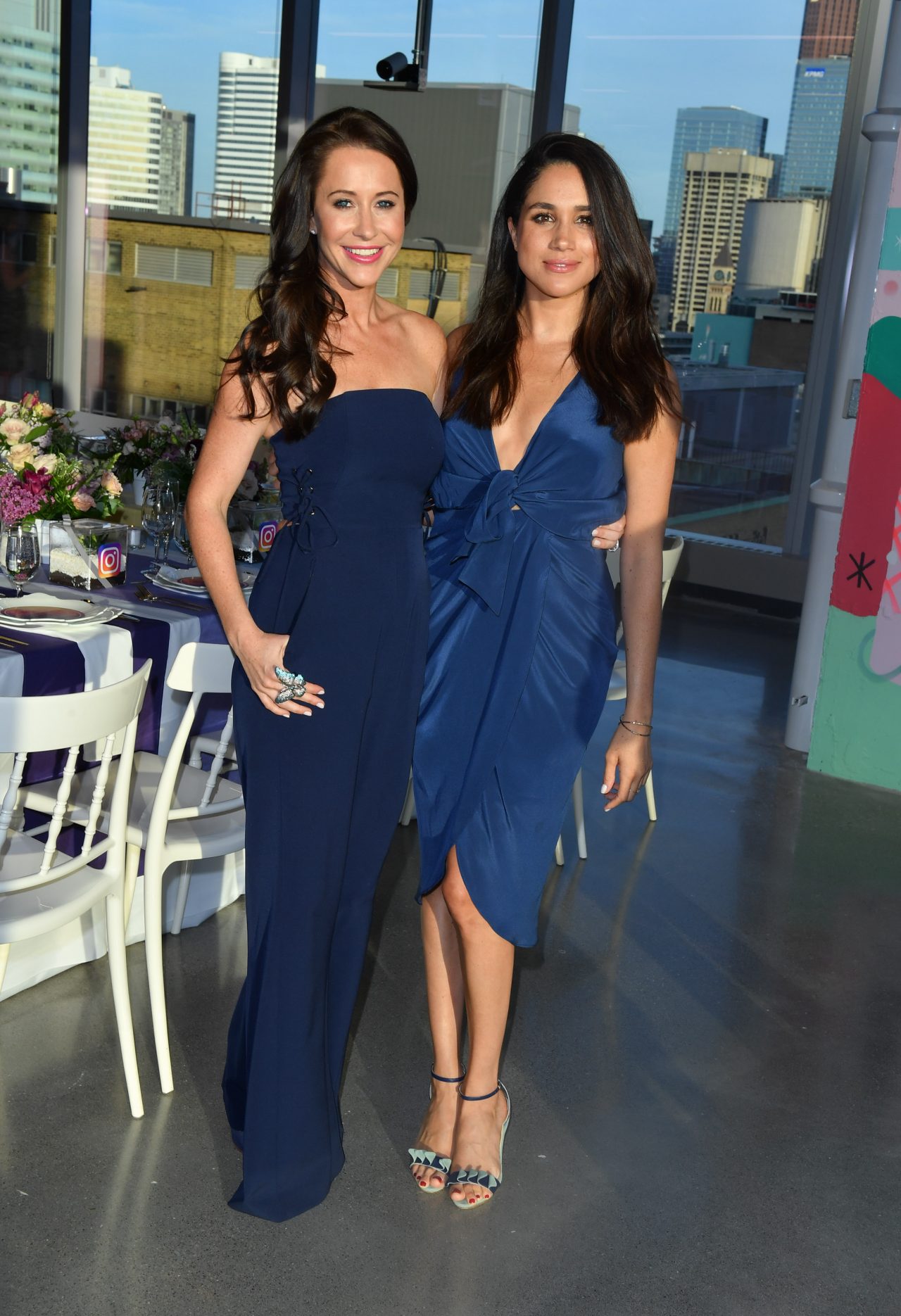 Meghan is heavily involved in selecting the styles that she wears for engagements. Whether she has a meeting with her BFF/stylist Jessica Mulroney, or she meets with a fashion-focused team on the ground in London (said to include friends like fashion PR Violet von Westenholz or former Made in Chelsea star Millie Mackintosh), coordinating what Markle wears for a royal outing – and what each piece will say as part of the look – is a full-time job. Choosing to showcase a designer’s ethos, such as their ethical material sourcing, sustainable textile program, or representation of British (or, many times, Canadian!) fashion, must be considered with every piece she wears.

Back at Nottingham Cottage

After finishing her many meetings and making the trip back to “Nott Cott,” the nickname for the two-bedroom cottage where Meghan and Harry live on the grounds of Kensington Palace, Markle’s passion for food goes on display in the kitchen. Despite being a duchess, she still loves to cook — remember the heartwarming story of the roast chicken she was making when Prince Harry proposed, or the banana bread she made in Australia? While Markle typically chooses light vegan meals during the week, her favourite fish tacos, pasta or French fries (her “food kryptonite”) could be on the menu for a weekend treat.

What the royal duo watches to relax

What does a duchess schedule into her diary at the end of the day? Some R and R, of course! Proving that royals are just like us, Markle loves to catch up on her favorite TV shows in the evenings. Meghan and Harry reportedly love The Voice Kids — a British reality singing contest for young people — and even reportedly “freaked out” when they met former finalist Donel Mangena at a royal event in April 2018.  Catching up on some TV together or walking their dogs are key ingredients in keeping the pair’s royal love story strong.

Evenings don’t consist of wild nights out for the Duchess of Sussex, who shared that she’s “low-key” and “relishes the quiet” of an evening at home. Markle’s evening ends quite early (remember, she’s got that early morning yoga again tomorrow!) and she’s been known to complete a quick meditation to help her refresh from a long day. Daily yoga also helps decrease anxiety and allows for better sleep.

On event-free weekends, Meghan and Harry make the 90-minute drive from London to Windsor. Located in the rolling hills of southern England, the area is private, secluded and perfect for the newlyweds to get away.  Meghan and Harry are setting up a permanent country home at Frogmore Cottage, a 10-bedroom property on the grounds of Windsor Castle. Markle spends weekends working on the massive restoration and renovation project alongside A-List interior designer Vicky James. It’s been reported that the couple are making eco-conscious decisions as they create a new, modern home for their growing family. But don’t worry – date night is still on the agenda for the busy royal couple! Meghan and Harry are reportedly regulars at nearby private members’ club Soho House’s Farmhouse location, where Markle had her bachelorette party before the royal wedding and delicious meals like a refined sausage and mash are on the menu.