A Toronto Actress Is Suing Harvey Weinstein For Sexual Assault. Here's What You Need To Know

The woman, identified only as 'Jane Doe,' is seeking $14 million in damages from Weinstein, Miramax, The Walt Disney Company and one of Weinstein's former assistants. 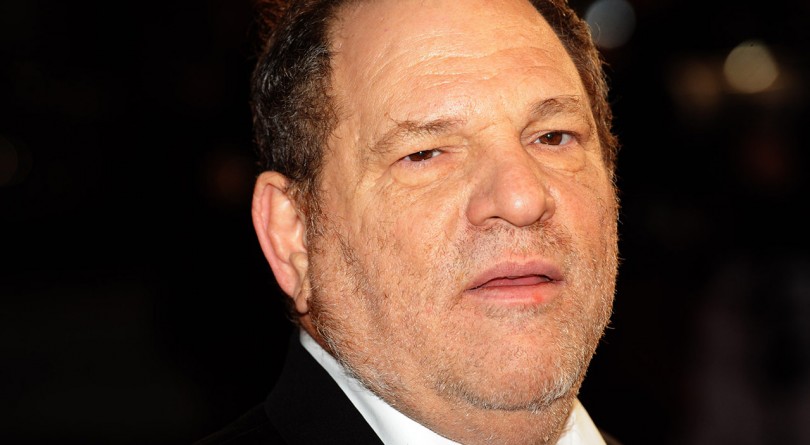 A Toronto actress is the latest to accuse Harvey Weinstein of sexual misconduct, according to the Toronto Star. The unnamed woman, who says Weinstein assaulted her at the Sutton Place Hotel in Toronto in 2000, is the first person to file a civil suit against the disgraced movie mogul, who is currently being investigated by police in New York, Beverly Hills and the U.K.

Here, everything you need to know about the allegations (which have not been proven in court), the celebrity lawyer involved and why a statute of limitations doesn’t apply.

Who is the alleged victim?

Weinstein’s accuser—who is identified in court documents as “Jane Doe”—is a Toronto actress who was in her early 20s in 2000, when the alleged crime occurred. According to an affidavit filed by her lawyers, as reported by the Canadian Press, the woman is choosing to remain anonymous because revealing her identity would cause irreparable hardship to her mental-health and well-being.

What is she suing for?

According to the statement of claim (which is the document a plaintiff files to initiate a lawsuit), Jane Doe has suffered years of mental distress, extreme social anxiety and depression, social isolation and feelings of guilt, worthlessness and shame as a result of what happened. According to the National Post, she is seeking $14 million in damages: $4 million from Weinstein, $4 million from both Miramax and the Walt Disney Company, which owned Miramax at the time, and $2 million from one of Weinstein’s assistants, who she alleges helped facilitate the assault.

What exactly is alleged to have happened?

Per the statement of claim: In 2000, Jane Doe was working on her first movie, a Miramax film being shot in and around Toronto. She says Weinstein approached her on her final day on set, saying that she looked like a well-known actress whose career he had helped to facilitate.

The next morning, Jane Doe says she was contacted by Weinstein’s assistant, who said her boss wanted to set up a breakfast meeting to discuss her career. She arrived at the Sutton Place Hotel and was escorted to Weinstein’s suite. Once Doe was alone with Weinstein, she says he asked her how she felt about massages. During a tour of his suite, she alleges that Weinstein pushed her down on the bed and exposed his penis, telling her there was a fast way to make a name for herself in the industry (gesturing to his penis). Next, she alleges he pinned her down and forcibly performed oral sex on her, while she said “no” more than once. She says she eventually broke free and left.

Later the same day, she says that Weinstein contacted her and said there had been a huge misunderstanding. He asked her to come back to the hotel. Fearing career suicide if she didn’t, Jane Doe went back with her friend and her agent. She agreed to be alone with Weinstein (assuming he wanted to apologize in private), which is when she alleges he assaulted her again, throwing his weight on her and attempting to kiss her. She says he continued to contact and “harass” her for about a year after the incidents.

Does Jane Doe have a legal team?

Yes. Jane Doe is being represented by Marie Henein, the Toronto lawyer who famously defended Jian Ghomeshi. A controversial figure in feminist circles, Henein is one of the shrewdest, most respected and sought-after legal minds in the country.

Earlier this week, Ontario Superior Court Justice Todd Archibald ordered a hearing for November 6, where the court will decide if the lawsuit can move forward without the accuser revealing her identity. In Canadian law there is no automatic right to a pseudonym. To use one, the plaintiff must establish that: there is a serious issue to be tried; that in the absence of a pseudonym she would likely suffer irreparable harm; the use of a pseudonym is in the best interest of the plaintiff, the defendants and the public. Doe has said that if she is required to reveal her identity, she may not move forward.

What about the statute of limitations?

In Canada, there are no time restrictions on reporting sexual harassment or assault.

Has there been any response from Weinstein?

Via his lawyer, Weinstein has denied any claims of non-consensual sex. Disney has issued its own statement, saying, “The Weinsteins operated and managed their business with virtual autonomy, and we were unaware of any complaints, lawsuits, or settlements. There is absolutely no legal basis for this claim against The Walt Disney Company and we will defend against it vigorously.”