How The Suits Cast Made The Most Of The Royal Wedding

Charlotte, George and the Mulroney kids may have captured the royal wedding spotlight with their sweet waves and grinning photo bombs, but another group of Prince Harry and Meghan Markle’s guests was even cuter: The cast of Suits. 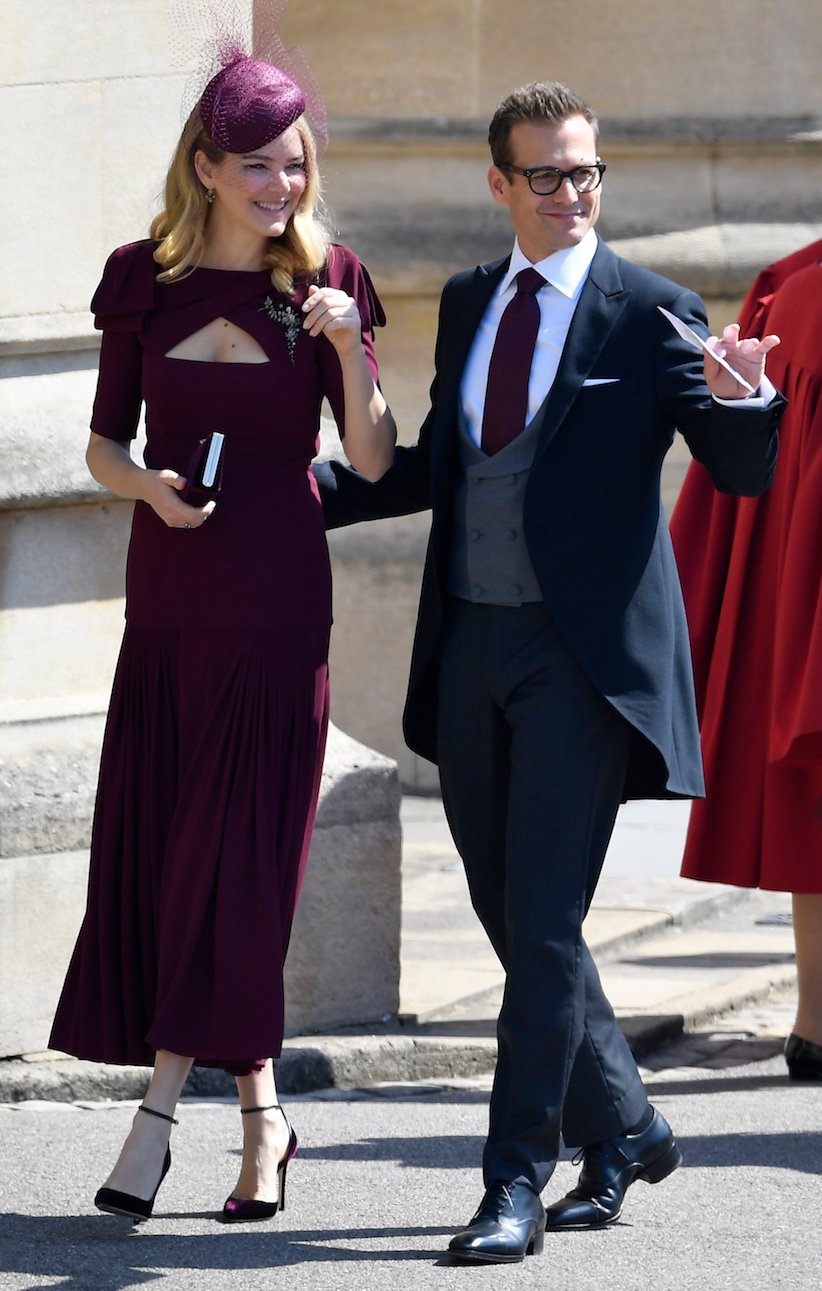 Meghan invited her former co-stars to Saturday’s ceremony at St. George’s Chapel, providing the ultimate venue for a reunion. Meghan, who starred as Rachel Zane in seven seasons of the hit legal drama that filmed in Toronto, is not appearing in its eighth season, nor is Patrick J. Adams, who played her love interest, Mike Ross. 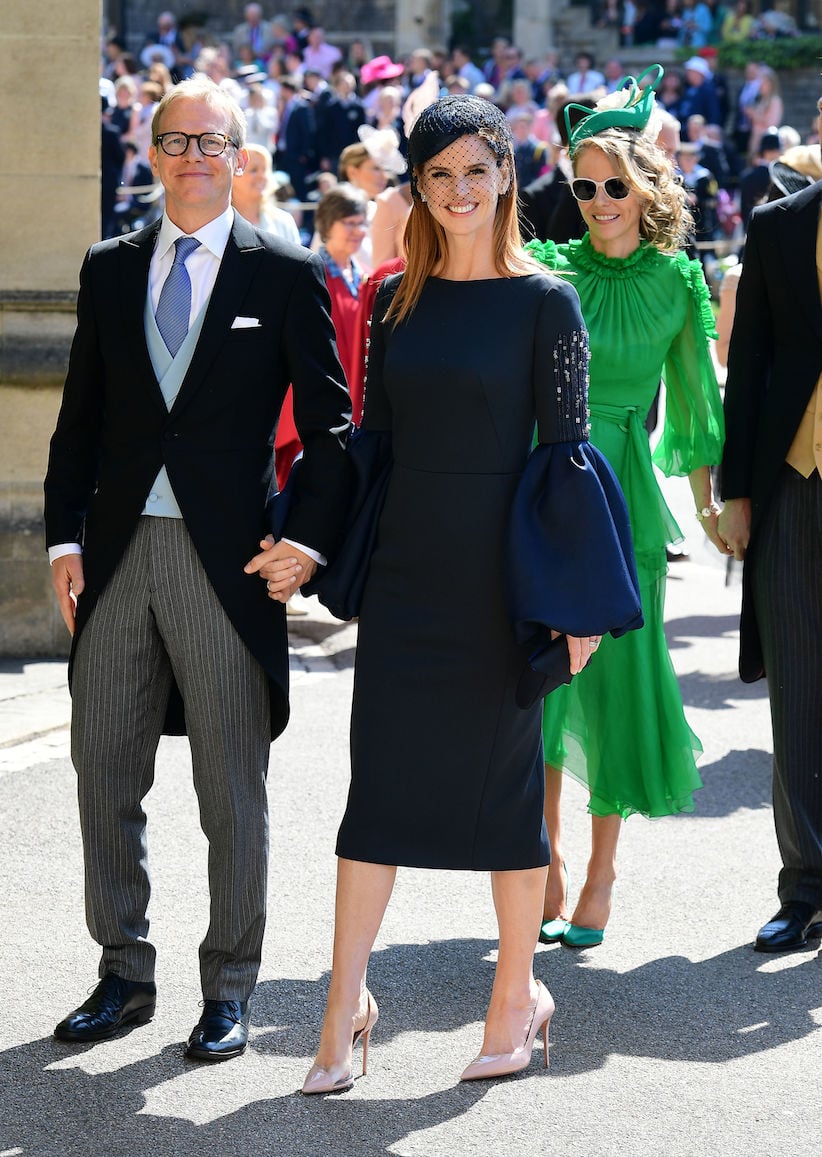 But Adams, Gabriel Macht (Harvey Specter), Rick Hoffman (Louis Litt), Sarah Rafferty (Donna Paulsen) and Abigail Spencer (Dana Scott) were all in the house Saturday. As was Macht’s wife, Jacinda Barrett, who had a small role on the show. Gina Torres, who plays powerhouse Jessica Pearson and left the show as a regular in season six, was also in attendance. (No word on whether the group snagged an invite the more exclusive evening reception, though this post from Barrett suggests she and Macht did.)

Judging from the actors’ social media accounts, everyone had a rip-roaring good time. Let’s take a look. 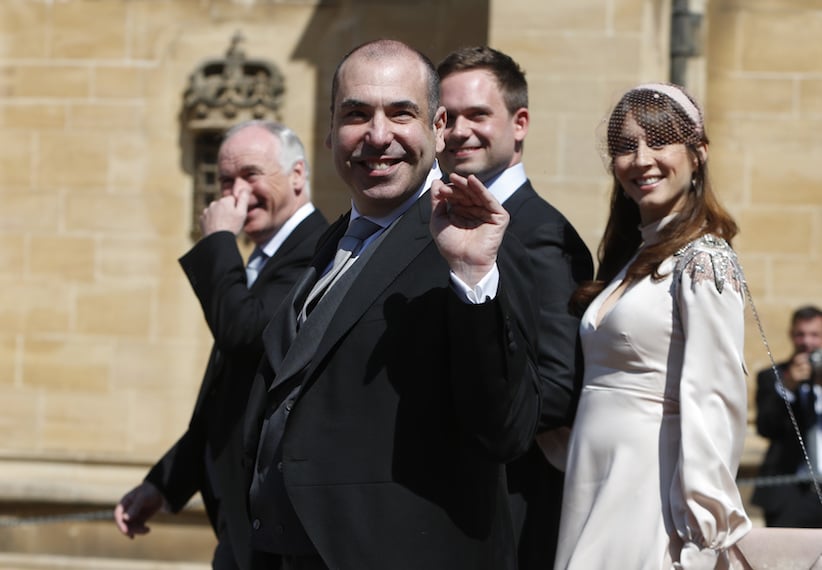 Friday evening, the gang got together for a pre-wedding dinner celebration. In this photo from Adams, you can see Torres and Rafferty near the back, and Spencer and Hoffman at the front left:

Adams has always had a good sense of humour when it comes to Meghan and Harry’s relationship. He shared this hilarious tweet when the engagement was announced last year (it’s a reference to his Suits character’s relationship with Meghan’s character):

She said she was just going out to get some milk… https://t.co/y7cnM0eC9D

He followed up on the joke Friday:

I’m beginning to think she might not actually be out getting milk. #royalwedding

On the big day, Adams posted a selfie to Instagram with wife Troian Bellisario. The caption: “Freeloaders #royalwedding.”

Hard to believe that yesterday at this time we were preparing to head out to the Royal Wedding. I’m still speechless. Still processing. Santtu and I were honored to witness such a sublime and emotional event. We wish the happy couple every blessing with all our hearts.

And here she is at the main event:

Our little moment before all those epic, unforgettable moments. Sending love and thanks to @olivierlapidusofficial @lanvinofficial and @philiptreacy for wrapping me up in your beautiful designs on this momentous occasion. 😘❤️ #philiptreacy #lanvin

Hoffman, aka Louis Litt, was in awe of the venue, posting this video (wait till the end for cameos from Carey Mulligan, Adams and Torres):

Out of a dream

He also posted about how close the cast really is, even with Adams’s departure from the show:

As much as @halfadams is missed on set this year, this trip only reconfirmed we will always be family and I am so proud and excited for his future. It was a dream to share this once in a lifetime experience with him, and the whole @suits_usa gang to celebrate Meghan and Harry’s wedding. Will never forget this other worldly experience.

The greatest weekend ever with the most fun group of pals!! #surrealdream

Macht, who plays main man Harvey Specter, sent out his congrats to the couple via Instagram:

Congrats to Meghan and Prince Harry on your nuptials. Enjoyed meeting many of your family and friends and an incredible honor to be a part of the whole celebration. May your journey together be full of love and children. Cheers! #royalwedding #princeharry #meghanmarkle

And snapped this shot of wife Barrett:

The British weather was in perfect form today and Windsor was so beautiful. #royalwedding photocred goes to my love @iamgabrielmacht in our last moment at the Castle.

All in all, it looks like the cast that plays together, stays together — or at least parties together at the year’s biggest wedding celebration.