Love Squid Game? Here’s The Korean Context You May Have Missed 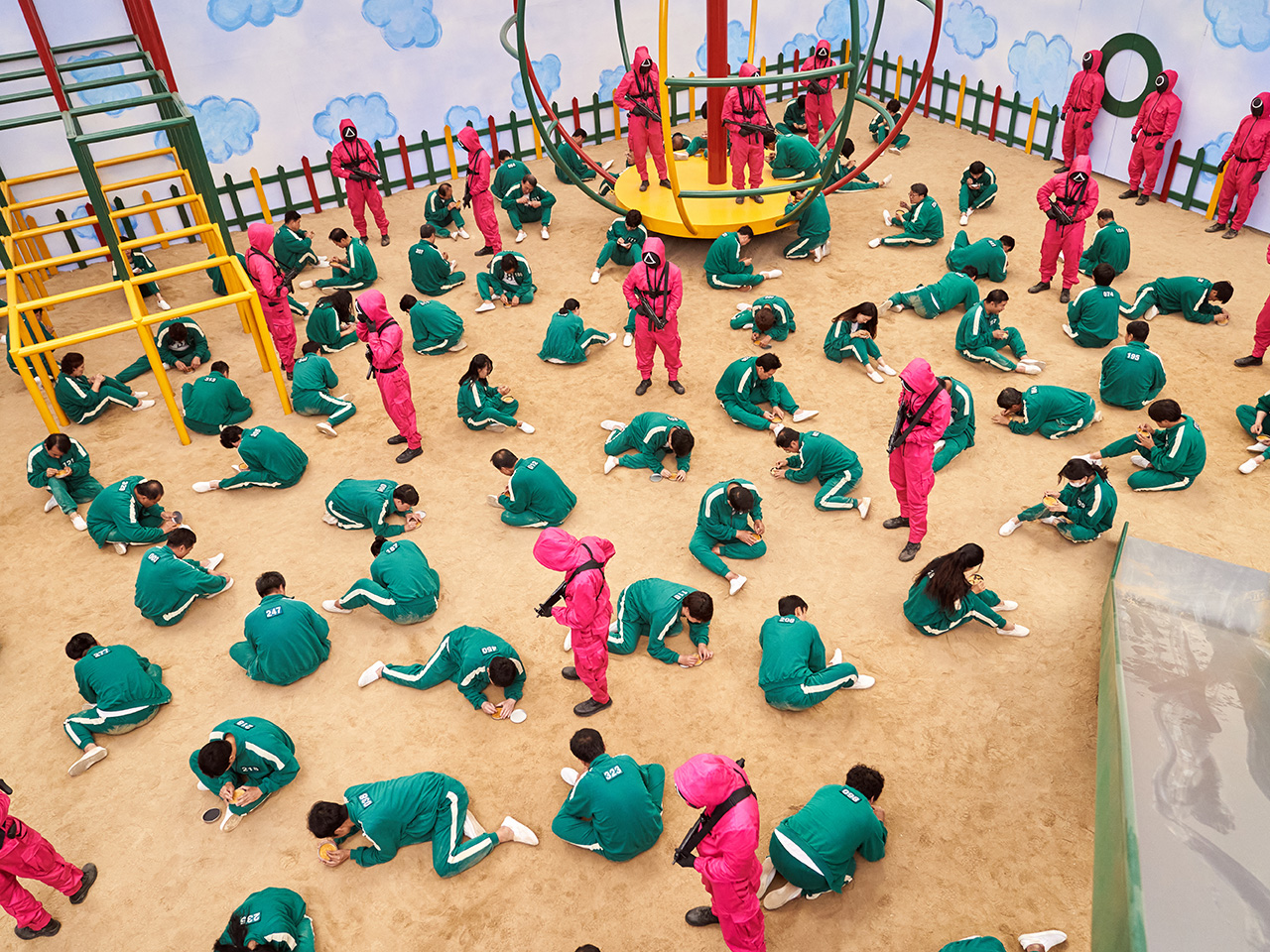 As many a pundit has opined since the release of the South Korean hit Squid Game on Netflix last month, one of the biggest reasons the series has become a runaway success is its dystopian, real-world, anti-capitalist message, wrapped in an outrageous, chilling plot line that turns childhood games into the stuff of nightmares.

The grim indictment on class struggle is a universal theme that has resonated strongly among audiences around the world: The nine-episode thriller is poised to become the biggest series ever for the streaming platform, and is currently its most popular show in 90 countries.

But while wealth inequality may be a commonly understood theme, there are a few historical references and cultural details specific to contemporary South Korean culture that may have escaped the average viewer’s attention—details that some bilingual Korean-speaking viewers claim were diluted and dumbed down in the translations.

To enrich your understanding of the series and grasp some of the nuances behind the dialogue, we dissect some of the plot lines—and plot twists—for a deeper reading. Warning, spoilers ahead!

In real life, household debt is a serious issue in South Korea

The premise of the series is simple: A mystery entity enlists 456 deeply debt-ridden people to volunteer to compete in traditional Korean children’s games—including the titular squid game—for the chance to win a jackpot of $45.6 billion won (the equivalent of 48.5 million Canadian dollars). The kicker? In the second round, competitors continue to sign up to play the game—despite knowing in advance that in this round, losing means dying a violent, merciless death.

Sadly, this plot device hits close to home. South Korea has the highest rate of suicide among the 38 countries that belong to the Organisation for Economic Co-operation and Development (typically democratic countries, including Canada and the United States, that support free-market economies)—and household debt is one of the leading causes of suicide.

As The Guardian points out, household debt in South Korea is equivalent to more than 100 percent of the country’s GDP. For the average Korean, this means that even if they were able to save their entire income for one year, it still wouldn’t fully repay their loans.

It’s a vicious cycle just to make ends meet, fuelled by soaring, unaffordable housing prices, unemployment rates, high interest bank loans and even higher interest private lender loans. And those carrying the heaviest debt load relative to their income? Millennials in their 30s, with total borrowing amounting to an eye-watering 270 percent of their annual income, according to Reuters.

With this in mind, re-consider this quote, from Player 322 in Squid Game: “I don’t have a home to go back to. In here, I stand a chance at least. But out there? I got nothing out there,” he says in a pivotal moment. “I’d rather stay here and die trying, than die out there like a dog.” 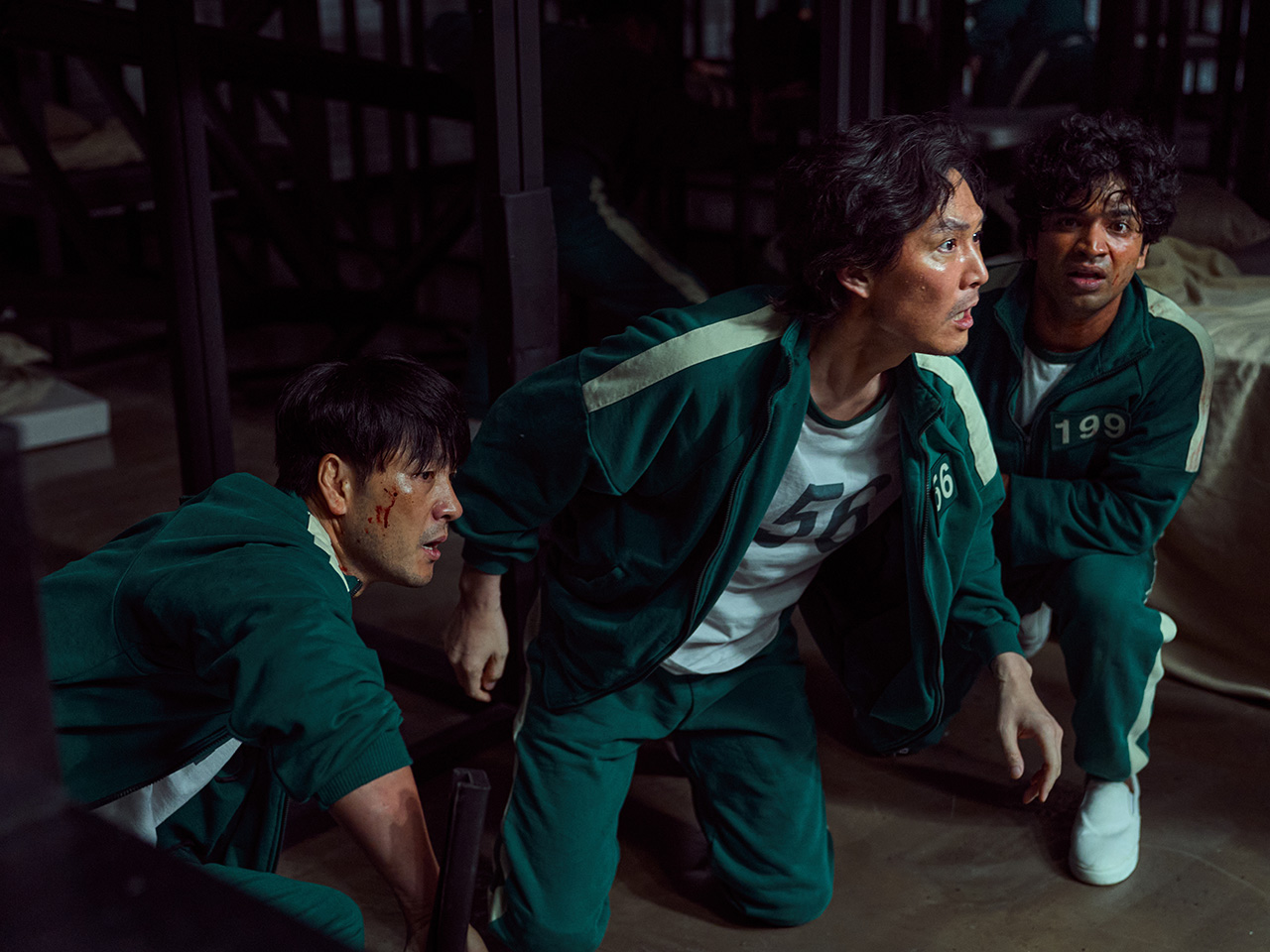 During a flashback scene, we learn that before the show’s main character ended up as a divorced, debt-ridden driver and gambling addict, Seong Gi-hun worked at a major automotive factory for more than a decade. Under threat of mass layoffs, the workers went on strike, occupying the manufacturing plant and clashing with police.

Seong’s backstory is a direct reference to a violent, real-life labour dispute in 2009 at Ssangyong Motors in Pyeongtaek, where police clashed with hundreds of striking workers who occupied the plant for months. The labour dispute ended six years later after the company agreed to rehire a group of laid-off workers.

One of the show’s favourite breakout stars is Ali, a migrant worker from Pakistan with a wife and new baby to support, who joins the deadly game because his abusive Korean employer refuses to pay  his wages. Like Gi-hun,  Ali is meant to represent another facet of marginalized society in South Korea: the migrant workers exploited by unscrupulous employers who hide behind lax immigration and migrant labour policies. According to a report from The Korea Times, more than 5,800 migrant workers have died over the last decade in South Korea, including 1,080 who perished in industrial accidents. The same report noted that during the same time frame, migrant workers were owed 11.5 billion won in unpaid wages.

The emphasis on Cho Sang-woo’s education is entirely accurate

Among the last men and women standing in the deadly competition is Gi-hun’s childhood friend Cho Sang-woo, who graduated from one of the country’s most prestigious universities, Seoul National University. It’s a distinction that Sang-woo’s mother, who runs a fish stall, vaunts every chance she gets. Because in South Korea, a person’s alma mater and education level—or lack thereof—follows them throughout their lives. So much so, that every year in November, on the day of standardized national testing when the fate of every high schooler hangs in the balance during a marathon eight-hour exam called Suneung, the entire country comes to a standstill: airplanes are grounded, military training is temporarily suspended, and banks and businesses open later in the day to ease road traffic and allow students to get to their exam sites on time. (Those who are running late can even call for a police escort!)

Temples and churches fill up with anxious parents who rub their hands and beads together, praying to their gods for their child’s Suneung success, so that they’ll get into a prestigious university, which is tantamount to a lifetime guarantee of employment, higher income, prestige and a place among the country’s elite.

In an interview with CNN, Squid Game writer and director Hwang Dong-hyuk said Sang-woo’s life was based on his own; like Sang-woo, Dong-hyuk was raised by a single mother, graduated from Seoul National University and has lived under the weight of great expectations.

In the same interview, Dong-hyuk noted that there may be a second season of the hit series—despite the fact he lost six teeth from stress during the filming of the first: “There’s nothing confirmed at the moment, but so many people are enthusiastic that I’m really contemplating it.”