The Spookiest Movies Of Summer 2019

What is it about terrifying old-timey dolls?!? 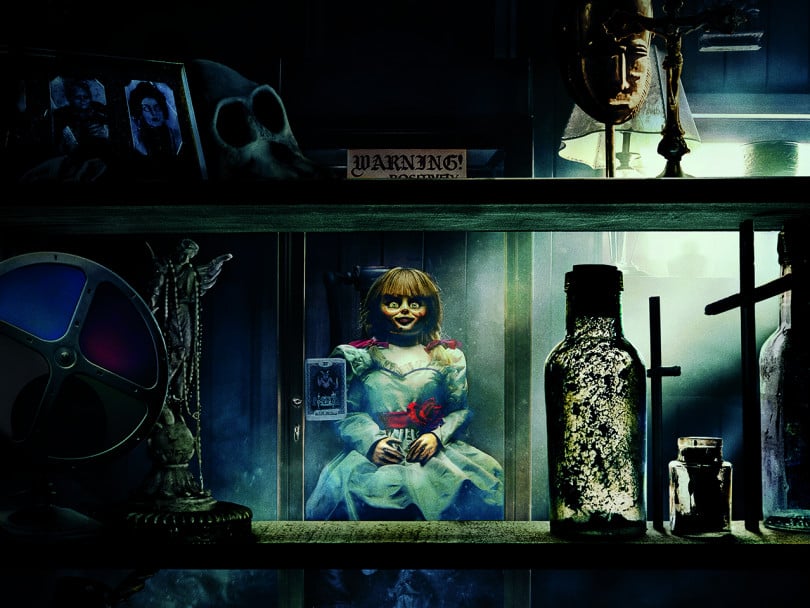 In 2019, the real world has become so scary that we’re longing for campy celluloid serial killers, unsightly monsters, and adrenalin-spiking jump scares. To that end, here are the spooky summer movies we can’t wait to watch.

This indie flick mines America’s history of genocide and colonialism for horror, following an estranged married couple who travel to a secluded cabin to reconnect. Of course, the cabin sits on sacred Native American land, and the couple soon find themselves embroiled in a battle between the local Indigenous people and the cult of white racists determined to destroy them.

Warning: Head Count will almost certainly spoil your summer pilgrimage to Joshua Tree. The film follows a group of Coachella-type teens who travel to the desert, build a fire and recite a supernatural incantation they find online. Naturally, they quickly discover they’ve summoned an unholy smoke demon with nefarious plans to sacrifice them in a ritual murder.

Nothing says summer slasher season like Chucky, the demonic, denim overall-clad killer doll. This reboot is equal parts spoof and scare: Parks and Recreation’s super-sarcastic Aubrey Plaza plays the mom, while a CGI-animated Chucky is voiced by none other than Mark Hamill, who plays against golden-boy type as the demonic plaything.

Every movie in The Conjuring cinematic universe feels like it was plucked straight out of the helter-skelter ’70s. In the seventh instalment, demonologists Vera Farmiga and Patrick Wilson believe they’ve wrung out all the demons possessing Annabelle, an evil twist on Raggedy Ann. Of course, when they store her in the attic, she takes the opportunity to activate all the other demons lurking in the ether.

Last summer, Ari Aster proved himself to be the most twisted filmmaker in Hollywood with Hereditary, an orgiastic nightmare of decapitated bodies, devil worship and searing family trauma that made The Exorcist and The Shining seem comforting by comparison. His follow-up takes place at an idyllic Swedish folk festival that quickly turns bloody and brutal.

The third evil-doll movie of the summer checks up on Brahms, a nattily dressed porcelain toy who murdered a bunch of people in 2017’s The Boy. In the sequel, he terrorizes Katie Holmes and her family when they move into his Gothic, fog-swept mansion.

Director Jennifer Kent created a horror classic—and gay icon—for the ages with The Babadook, her eerie cinematic nightmare about monsters and motherhood. Her latest film turns the Tasmanian bush into a Reverent-style hellscape as a young Irish convict and Aborigine tracker seek vengeance on the British soldiers who destroyed their lives.

Scary Stories to Tell in the Dark, August 9

Fresh off an Oscar sweep for his girl-meets-reptile love story The Shape of Water, B-movie master Guillermo del Toro delivers a retro spookfest about a young girl in mid-century Ohio who copes with her real-life traumas by transforming them into a series of sinister bedtime stories. It’s like Pan’s Labyrinth in rust-belt America.

Meeting your partner’s parents is always terrifying, but never more so than in this thriller about a young woman (Samara Weaving) who visits her boyfriend’s rich, weird family and finds herself drawn into a gruesome, Hunger Games–esque fight for survival. Bonus: Canadian silver fox Henry Czerny and ’90s southern belle Andie MacDowell get to camp it up as the devilish parents.