Canada's small-screen sweetheart explains why her adaptation of Margaret Atwood's memory-bending novel is an apt tale for 2017. 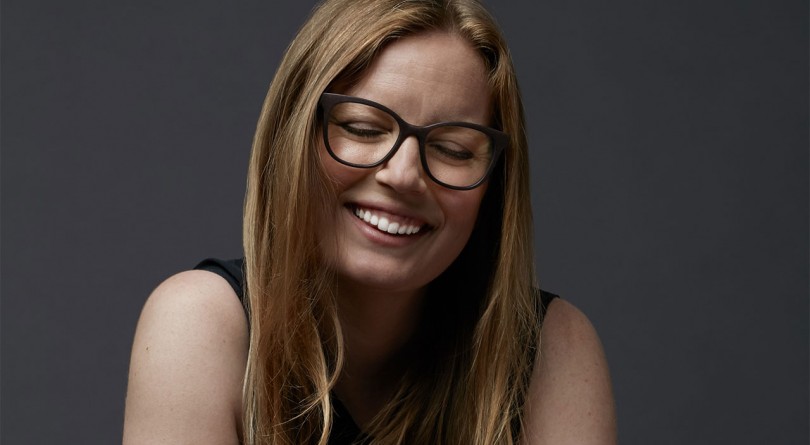 If you asked people to choose the biggest name in Canadian television right now, they might pick Margaret Atwood, given the award-clinching success of Hulu’s The Handmaid’s Tale, based on her now-classic novel. But they’d be wrong: It’s Sarah Polley, an erstwhile actress, best known for her role as Road to Avonlea‘s Sara Stanley, and now a director and screenwriter, known for critically acclaimed films like Stories We Tell, Take This Waltz and Away from Her. Polley is set to debut a passion project, for which she served as writer, showrunner and executive producer: a small-screen adaptation of Atwood’s novel Alias Grace, a 19th-century twisted tale of a maid who murdered her boss (maybe), set to debut on CBC September 25 and on Netflix in November. We talked to Polley about the mystery of Grace Marks, TV-set sexism and why now is not the time for women to keep quiet.

You originally sought the rights to Alias Grace when it came out in 1996. What about the book stuck with you?

I love [Grace Marks], the character — I found her endlessly fascinating, and I could never get to the bottom of her. She conveyed her experience with this gallows humour and ladylike poise at the same time. You could never figure out how aware she was of herself; whether she was a brilliant mastermind or completely innocent was always a mystery.

In your work, especially in Stories We Tell, the way that events are remembered is fluid and changeable.

Alias Grace really provoked that. It framed the work I did afterwards with that context in mind. That theme — whether you can ever really know the truth of the past— really started for me with reading it when I was 17.

Do you think there’s a timelessness to the way the media covers women? We seem to either want to make them into helpless victims or conniving shrews.

We need to pin women down in a way we don’t seem to with men. Even with a character like [Mad Men‘s] Don Draper, we can think some of his behaviour isn’t so great but still find him a really compelling character — even though he’s always cheating on his wife. But you do that with a female character and people hate her. I feel like we want women to be simpler, less complex,  so we project a lot of versions of simplicity onto them to fit that. With someone like Grace Marks, there are so many contradictory things written about her that they can’t possibly be true. 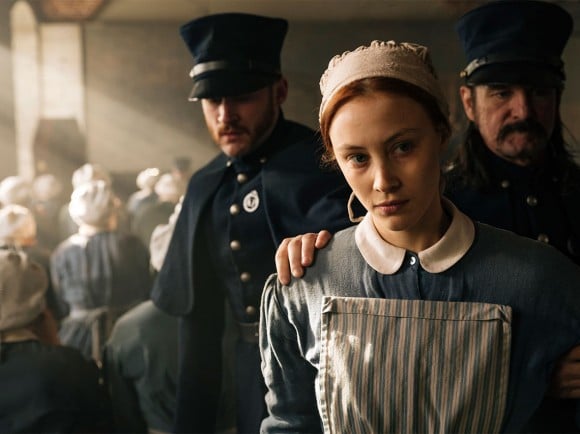 There will inevitably be comparisons between Alias Grace and The Handmaid’s Tale, given our current Atwood renaissance. Do you feel like they’re thematically related at all?

On the one hand, they’re completely different from each other — totally different time frames, sensibilities, stories. But what I like about them both coming out in the same year is that Alias Grace is sort of looking back at where we’ve come from, and how recently in our history life looked awful, and how few rights women had in most parts of the world. Handmaid’s Tale is a look ahead at what the possible future could be.

We’re in this space right now where things are very precarious for women and things in the States are so terrifying. There are so many rollbacks of rights women have gained — and it can happen quickly, more quickly than we think. I think it would be good for us to think back and ahead to protect the space we’re in.

Did having an all-female crew — female director, stars, your scripting — make the experience differ from other sets you’ve been on?

It wasn’t completely conscious. It worked out that everyone was a woman just because they were the best people for the jobs. (We also had a male producer named DJ.) But there was a spirit of collaboration in not having to compartmentalize our lives in the way you sometimes do on film sets, where it’s like, ‘We’re all together 24/7! And we’re not going home! And let’s not talk about caregiving duties!’ It was much more holistic. Kids were on set a lot. It isn’t that men wouldn’t want to do that. I don’t think men would feel the same licence to demand that as women do.

When you were working with [director] Kathryn Bigelow on The Weight of Water, you said that set workers demonstrated an utter lack of respect for her credentials. Do you see that changing now, or is it more hidden because you’re the one in charge?

I know it’s possible to populate a set with people who are not offensive in that way, who are not misogynist. I encounter it less because I’m not an actress — when you’re a producer you’ll face less of that, possibly.

Would you ever get back in front of the camera?

Sometime in my 20s, I really stopped being interested in acting. I think it requires a deep commitment. I was never that committed; I was never that ambitious of an actor. It was something I fell into as a child. I never saw myself doing it in the future. Ultimately, I wanted to write and direct. I thought that meant writing novels and being a political activist.

I think when I was 12, I had some 30-year plan to be the prime minister or something. When I was 20, I made my first short film on a lark, and I discovered I could be an author in the world that I knew. It was thrilling to make a whole universe come alive.

That activist streak is still peppered throughout your work, though — even in Alias Grace, with the theme of how women are represented.

Yeah. [Film and TV] is a very hard profession to enter into if you don’t have the ability to take a long period of time without making money so you can write, direct or raise financing, or work your way up, often with unpaid internships. It’s hard to get into without a lot of connections. You end up with a lot of white people from privilege making films. So we’re seeing a lot of the same kinds of stories.

Canadian film and TV doesn’t look like the Canada I live in — when I’m walking down the street or on the subway or in a hospital waiting room, that’s so rarely what I see reflected on screen. If that’s offensive to me, I can’t imagine how deeply offensive it must be to someone who is unrepresented. I was wildly ignorant about these things for a very long time. We can’t be doing any of this ‘Let’s [have parity] by this year’; you’ve just got to turn on a switch. It’s getting embarrassing. We’re leaving a record behind of a country that’s problematic.

You recently said that you’re “done doing elegant films that subtly talk about something.” How does Alias Grace fit into that philosophy?

I feel like I’ve always had two selves — the part of me that makes films and the part of me that’s political, and they haven’t really connected that much. Alias Grace talks about things like class and immigration and women’s rights, which felt really good. But especially now, there are pressing things to be said. It’s a really scary time in the world. It’s a very scary thing to have an American president who openly brags about assaulting women and is openly racist. This isn’t a moment to be speaking in metaphors.