It’s been 11 years since the last Scream movie, but Ghostface is back. Neve Campbell tells us what it’s like to step back into Sidney Prescott’s shoes. 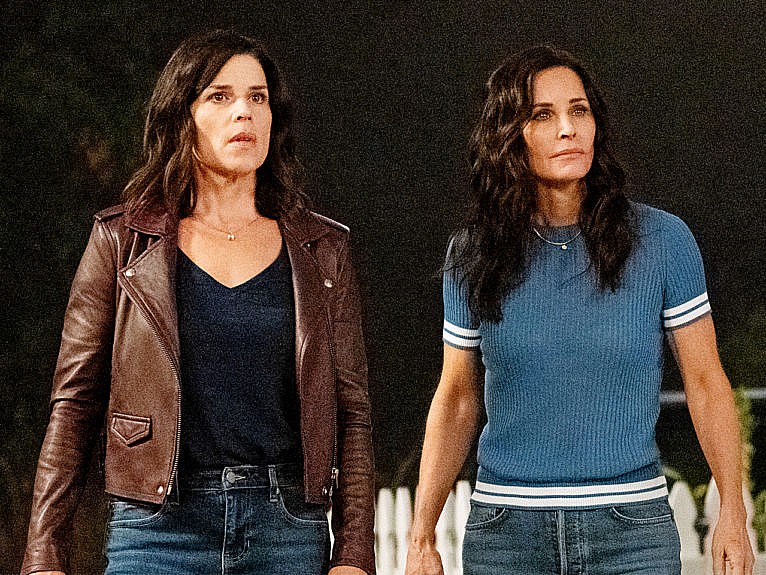 The Scream franchise marked a turning point for the horror genre. In fact, its first three instalments remain among the top-grossing slasher films of all time. Ghostface, the franchise’s antagonist, has been tormenting the citizens of the fictional Californian town of Woodsboro for over 25 years; and while Sidney Prescott (Neve Campbell) was his very first target, a new set of teenagers have found themselves the victims of his latest vendetta. Can Sidney—who is no longer the adolescent we once knew but a mother with a family of her own—manage to work with legacy characters Gale Weathers (Courteney Cox) and Dewey Riley (David Arquette) to stop Ghostface once again? With the return of the original characters, a new cast and a new pair of directors, we’re itching to find out what happens and whether this instalment will live up to its name.

The fifth Scream marks the first film in the franchise not directed by Wes Craven, who died in 2015. Directors Matt Bettinelli-Olpin and Tyler Gillett carry on his legacy—crediting the Scream series for their careers. Ahead of its release in select cinemas across Canada on January 14, 2022, we caught up with Campbell to talk about everything from her favourite on-set memories to her most surprising phobia.

Congratulations on Scream! How are you feeling ahead of its release?

I’m feeling excited. It’s nice to be a part of a film with such a solid fan base of people who are as enthusiastic about movies as we are.

Who is Sidney Prescott now? We last saw her on our screens 11 years ago, and judging by the trailer, quite a lot has changed.

Sidney is in a good place, confident in herself, has moved on from the many tragedies in her life and is enjoying motherhood and this next stage of life.

Speaking of how long it’s been, why did you decide to return to the role?

I’ve always had a lot of fun making these films. It’s like returning to summer camp, and these movies have been great to us. I was apprehensive about doing the film without Wes Craven, but when I spoke to Matt and Tyler, they sent me a letter expressing how passionate they are and [said] the very reason they’re directors is because of these movies. They were really wonderful, enthusiastic and incredibly bright. So I decided, “You know what, this can go well.” And it did.

How does this Scream fare in comparison to the others?

Going in with the new directors, I feel that they did the Scream franchise great justice. It feels like one of the originals. I don’t think audiences are going to be disappointed. They’re going to be excited by this brilliant new cast who are talented, committed and huge fans of the films themselves.

What was it like to work with Courteney Cox and David Arquette again?

It’s always great to see those guys. We all have history together. We’ve been making these movies for 25 years. We love playing these characters. It was emotional, going on set without Wes there. We certainly felt his absence, and I also certainly felt his presence. And I think Courteney and David definitely felt that as well. But it was bittersweet—seeing each other is always exciting and fun, and stepping into these characters is always a joy.

Do you have a favourite on-set memory from this movie?

We were shooting in North Carolina, I really loved it there, and I had my kids staying with me which was a very new experience for me, and a lot of fun. Also, Kevin Williamson came and spent time on set with this new cast [while] we were shooting the stepping into these characters, having him there and his enthusiasm was beautiful.

I saw Ellen DeGeneres attempt to scare you on her show and barely succeed—so what are you scared of? What makes Neve Campbell scream?

I don’t like driving on the side of mountains; that always terrifies me. I’m not arachnophobic or anything like that, but I suppose I don’t watch a lot of horror movies…

Does that mean you’ve never watched your movies?

No, I have because I know what happens in these!