Are Mindy Kaling And B. J. Novak A Thing? A Thorough Investigation

Mindy Kaling and B. J. Novak relationshippers are going crazy after the pair’s seemingly sexy Oscar night appearance. But are they a thing? Might he be her mysterious baby daddy? And did they take eye-contact lessons from Scott and Tessa? Let's find out. 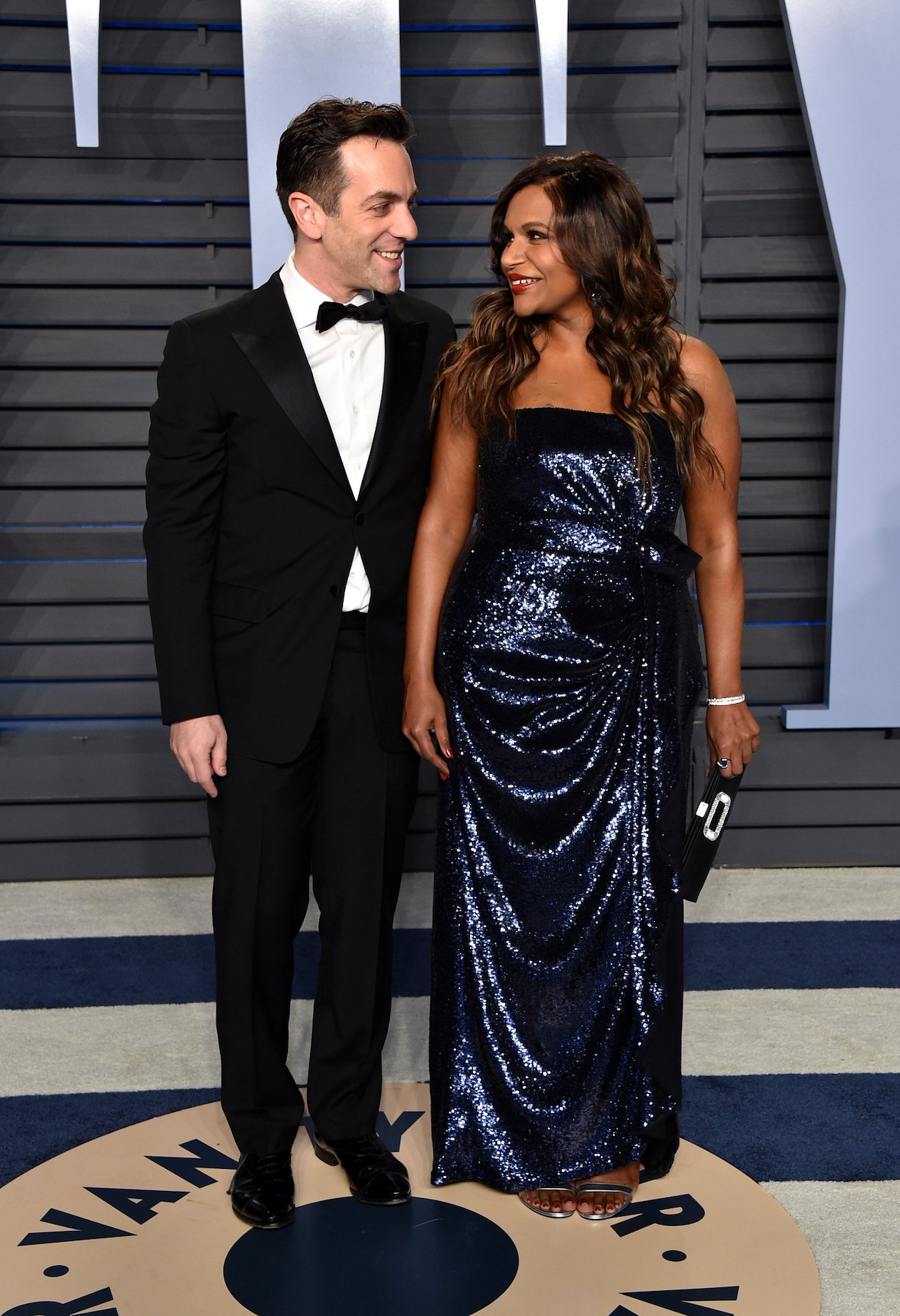 On Sunday, Mindy Kaling and B. J. Novak attended the Vanity Fair Oscar party together. She called the evening a fun night out with her BFF, but Twitter watchers (and anyone else with eyes and/or loins) were quick to pick up on some heat between the two extremely friendly exes, including eye contact that would make Scott Moir and Tessa Virtue blush. And now everyone is wondering weather a cozy Oscar date night means Novak is Kaling’s mysterious baby daddy. 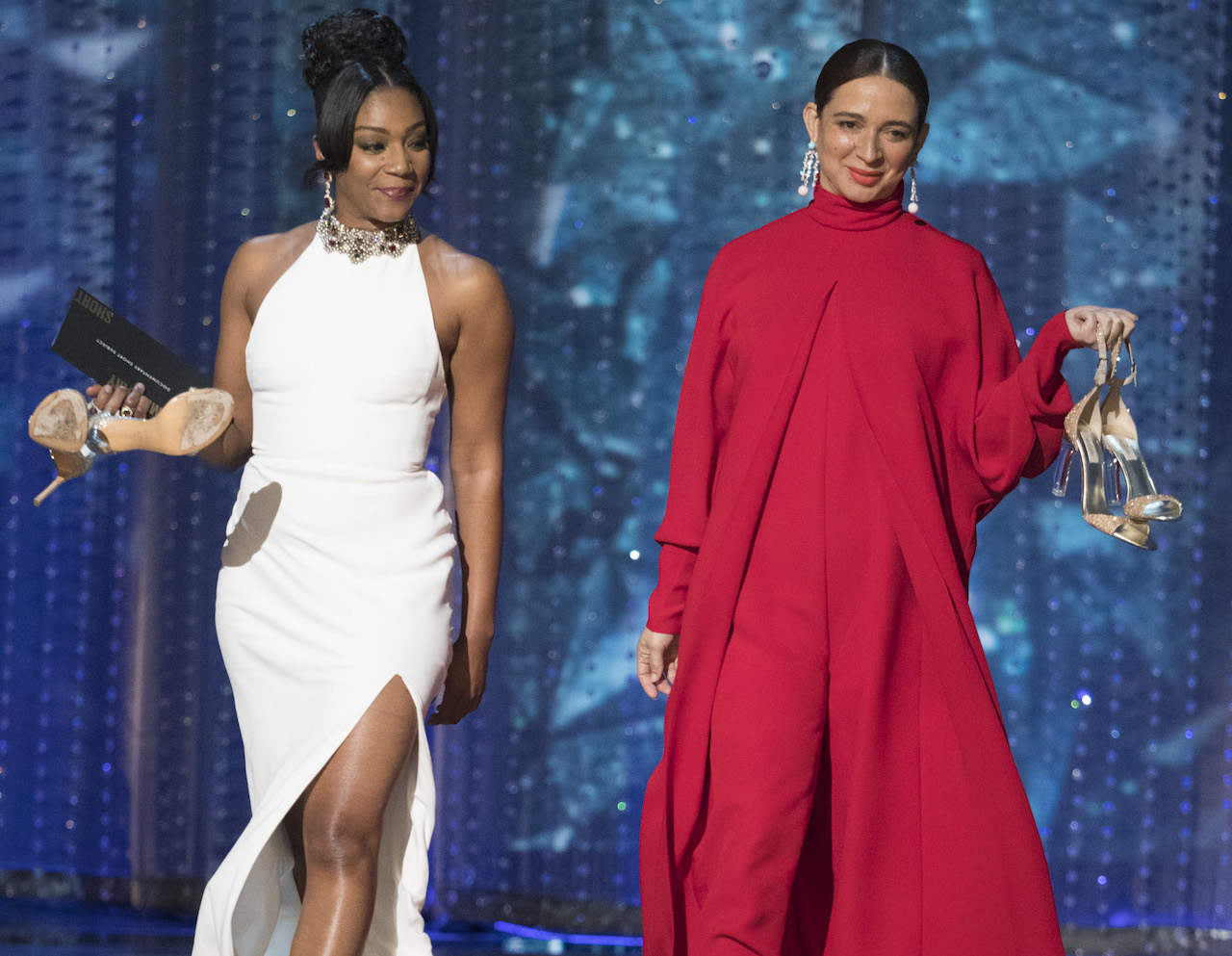 Oscars Recap: The Biggest Moments, Lamest Jokes And Most Outspoken Stars ICMYI, the Mindy Project’s creator and leading lady had a baby girl December. Thus far she has kept the paternity a secret, which is, of course, 100 percent her prerogative. Still, the woman who worships rom-coms and gossip mags has left us with the ultimate Mama Mia caper … and we’re supposed to — what? — feign disinterest?

A little nosey parkering around this mystery feels particularly justified since Kaling and Novak are aware of the public fascination with their relationship (they sold their forthcoming book about it for $7.5 million). Meaning either they’re trolling us on purpose or they are so head-over-heels hot for each other that they don’t care what we think we know.

So what do we know, exactly? The evidence below.

Exhibit A: Their history

Fans of The Office know that the on-again off-again between Ryan (Novak) and Kelly (Kaling) was inspired by the vibe between the two junior scribes, who began their flirtation in the writer’s room more than 10 years ago. They have both called their relationship “complicated” and Kaling has described it as both “weird as hell” and “romantically charged” even after their “final” breakup.
What does that mean? It means that, like Ross and Rachel before them, these two have the kind of relationship that is never really “off the table.” Is it plausible that they opted to be “on-again” for one special evening (or a few magical minutes) last spring? It certainly seems that way. 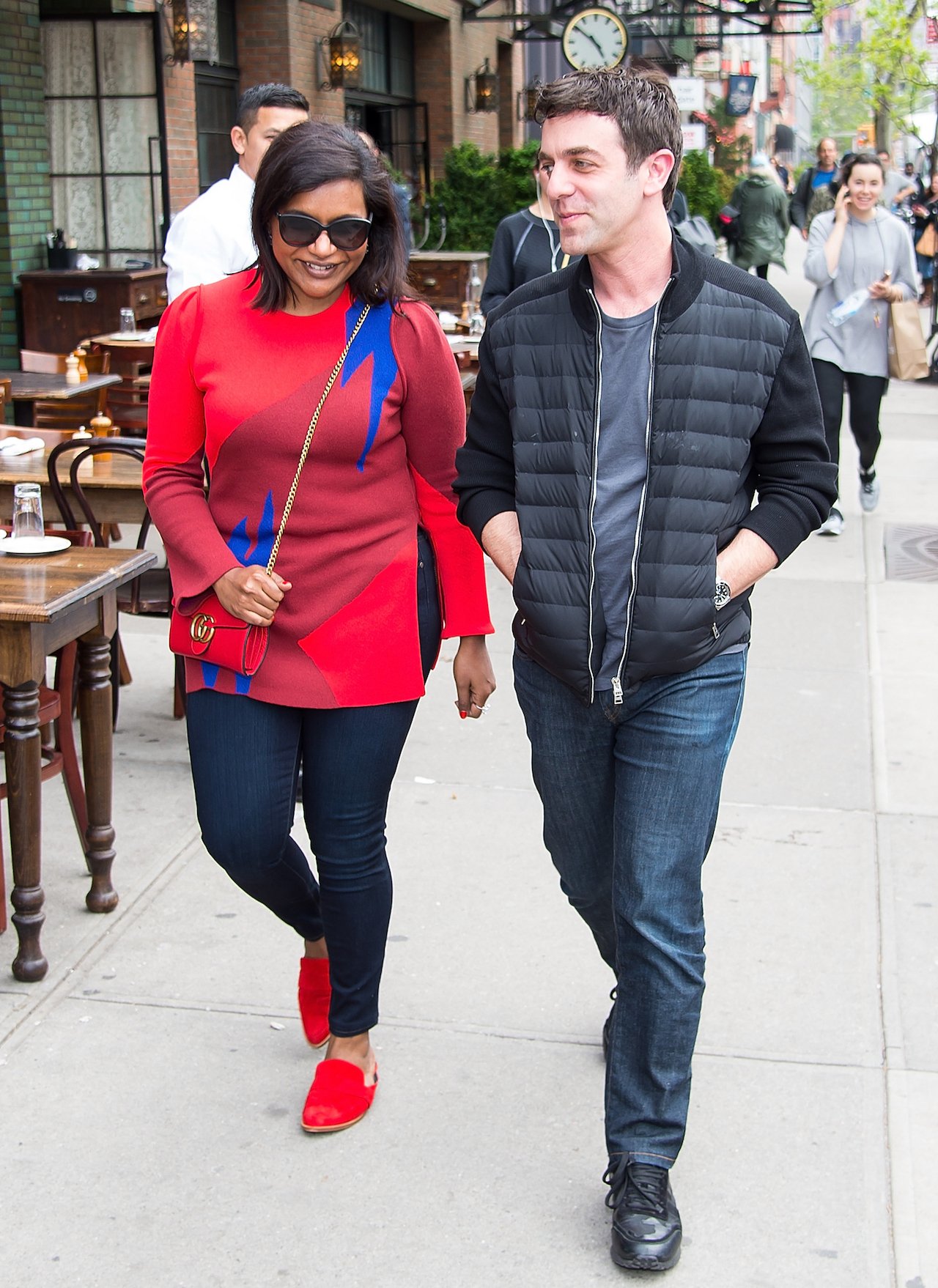 Exhibit B: The timing lines up … kind of

Here is a picture of Kaling and Novak at last year’s Vanity Fair party in late February, and above is a snap of the pair out and about in NYC two months later. Math and human gestational patterns tell us that somewhere between the taking of those two photos, Mindy got pregnant.
What does this mean? It means they were hanging out over the period of conception. Just speaking theoretically here, but Kaling’s red power sweater/purse/mules combo feels like the kind of outfit one might wear to inform one’s former beau that a night of passion has resulted a pregnancy.

Exhibit C: Kaling has a new TV show out

Champions is Kaling’s follow-up to The Mindy Project (RIP), a half-hour sitcom which she is producing, writing and appearing in for at least one episode. And it just so happens that the new show premieres this Thursday.
What does this mean? It means that sex (or in this case, a full-on Twitter frenzy about relationship statuses and baby daddy rumours) sells, and Kaling is, above all, a savvy businesswoman.

As reported back in December, the new mom was the only parent to appear on baby Katherine Swati Kaling’s birth certificate.
What does this mean? Maybe nothing, but it could be construed as evidence against B. J. as baby daddy. Remaining “sexually charged” best friends with the guy who does not want to be a father to his kid, or vice versa, feels like one relationship complication too many — even for these two. 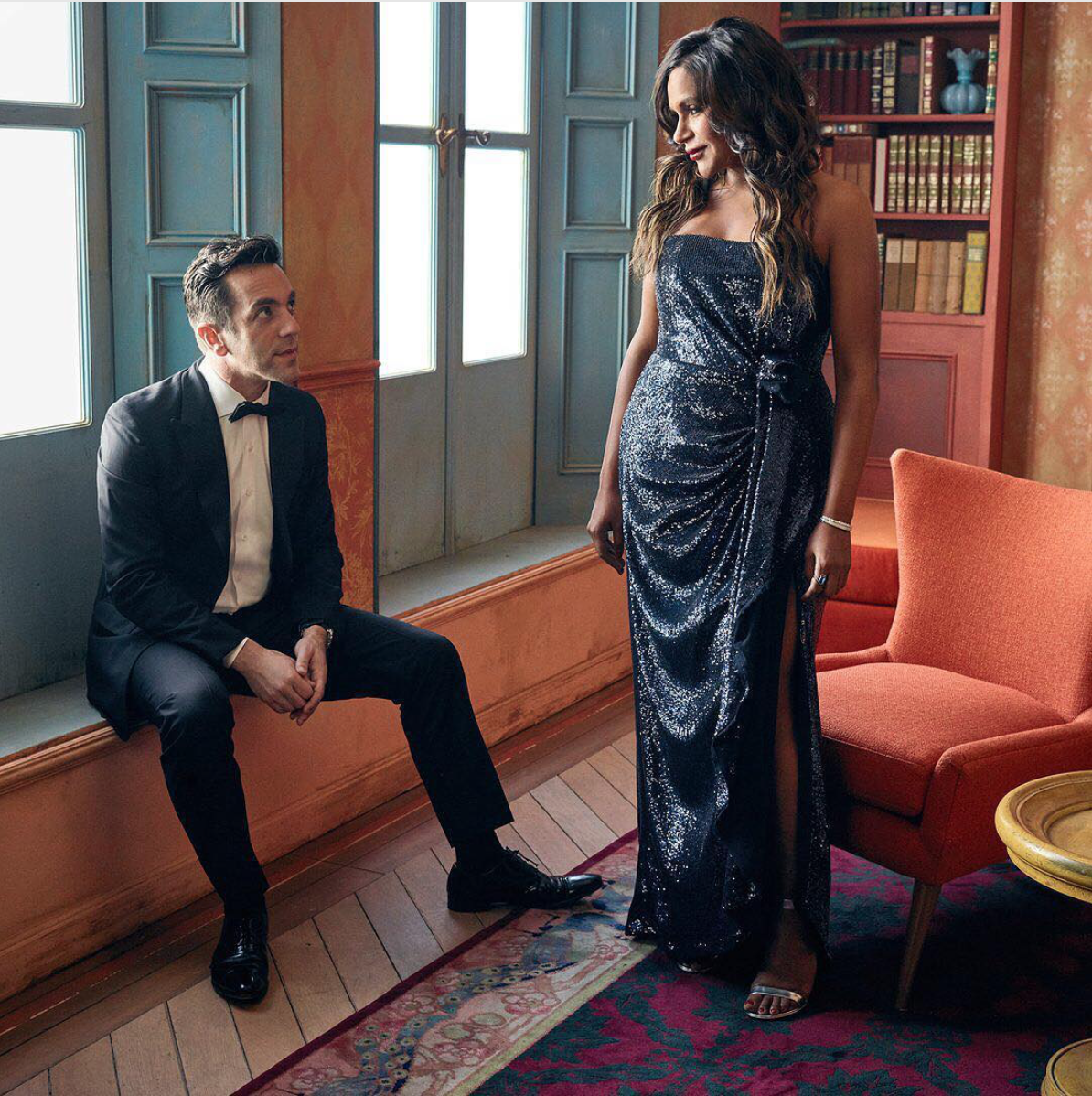 Exhibit E: And the Oscar for sexiest photo between friends goes to…

Here we have a couple of good pals just hanging out in the VF Portrait Studio. But wait — is this how you pose with your ex-boyfriends? Didn’t think so.
What does this mean? It means this case remains open. Yes, they could be trolling us (they also have a book coming out later this year, which is another motivation to stoke the flames of a faux love story). Still, certain details do line up and certain sexy vibes feel too hot to fake.

But here’s some good news for those who just have to know the truth. Here is a picture of B. J. with his brothers, who could pass for triplets. Not exactly a discreet gene pool, so if this kid is half Novak, it will probably be pretty easy to tell.