This Justin Trudeau 'Canadian Boyfriend' Calendar Is A Best-Seller On Amazon U.S. 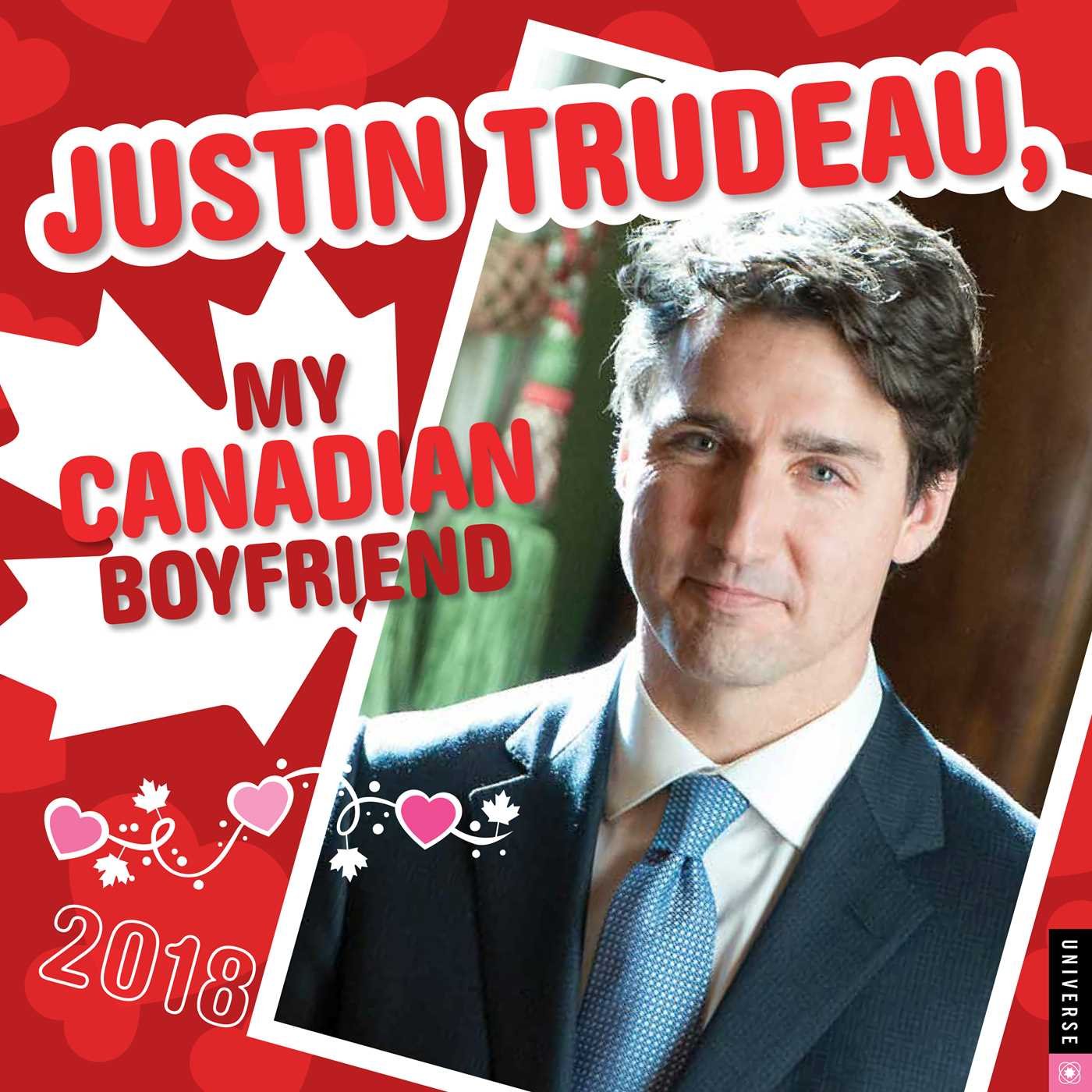 Justin Trudeau likes to take his shirt off. A lot.

So it was only a matter of time that those prime-ministerial pecs found their way to their rightful home: the month of July in a 2018 wall calendar. In fact, the “Justin Trudeau, My Canadian Boyfriend” calendar is the best-selling item in Amazon U.S.’s “Canadian history” category.

Each month features a different shot of the PM (he smizes in January, smoulders in March and jogs in October), and, according to the product description, “sweetly off-kilter but well-meaning commentary about his views from his sparkling blue eyes on everything from love, family and of course global affairs and economic growth.” The caption under a photo of a shirtless Trudeau (taken at a weigh-in for his 2012 boxing match against Patrick Brazeau) reads: “Justin’s views on ‘gun’ control align with my own.” Har. 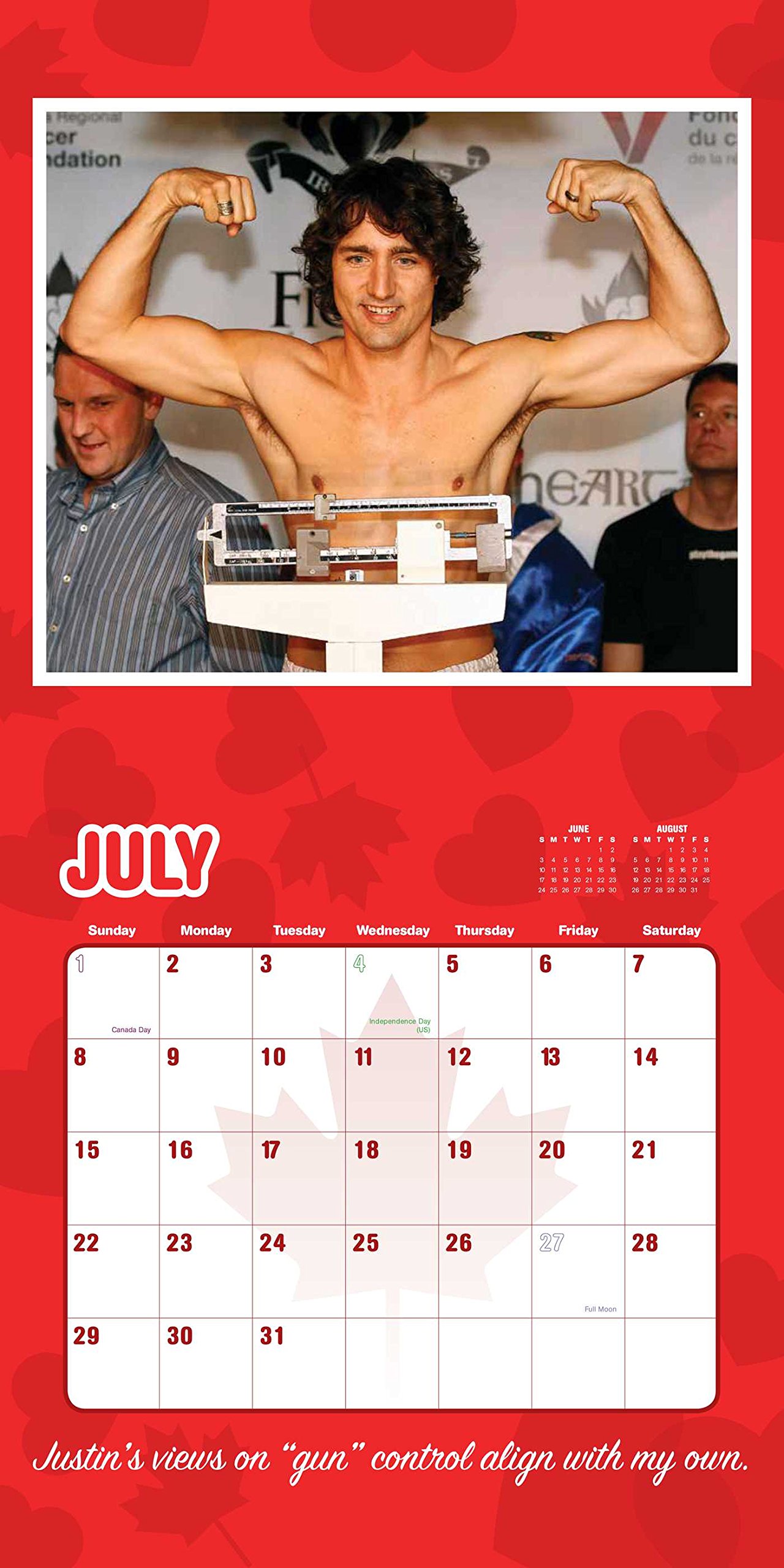 “I have a new boyfriend. No, you’ve never met him. He lives in Canada,” reads the product description for the calendar. “The ‘Justin Trudeau, My Canadian Boyfriend 2018 Wall Calendar’ is a year-long celebration of dynamic, smart, compassionate, and sometimes sassy Canadian Prime Minister Justin Trudeau.” 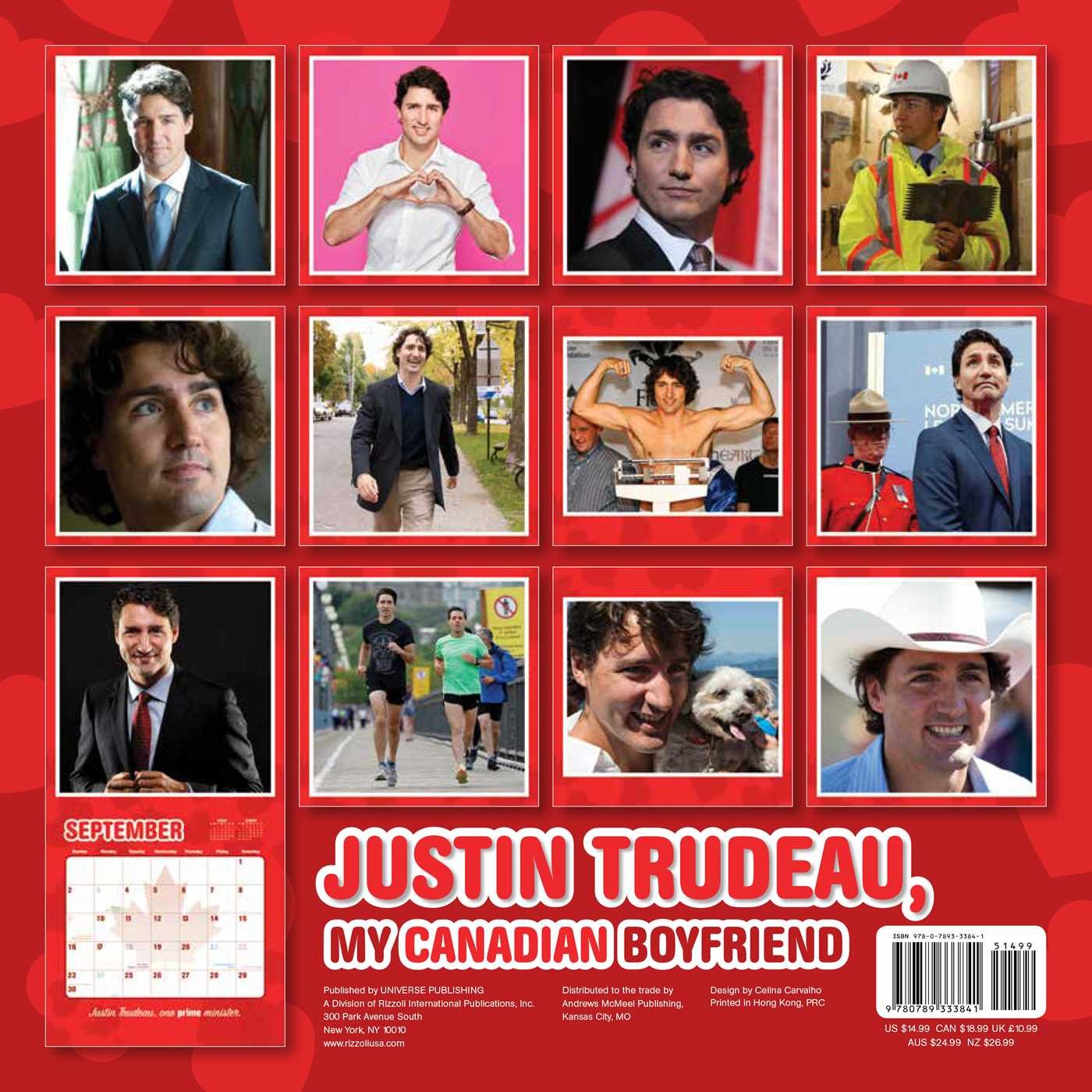 Just one of the many odd pieces of Trudeau-themed merchandise out there, the calendar has a four-star rating on Amazon’s U.S. listing, but just two stars on its Canadian listing. Canuck one-star reviewer comments include, “It is the worst calendar I have ever seen,” and, “Pathetic!”

We’re guessing those reviewers wouldn’t appreciate this shirt, either: 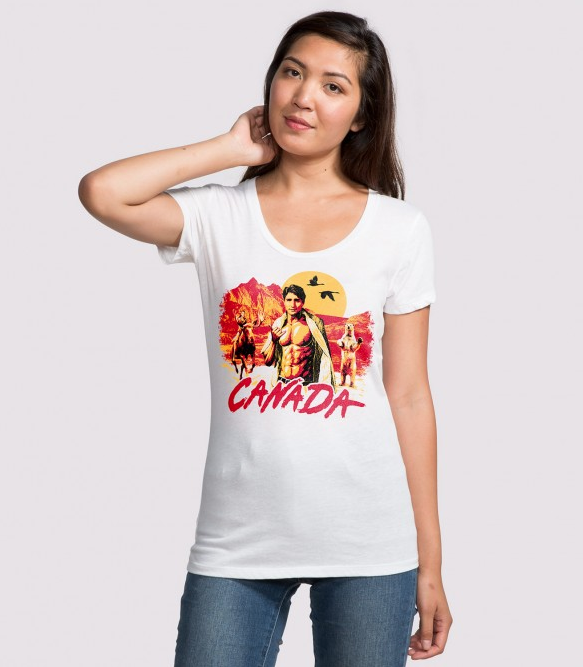