Why Fleabag, a series about a neurotic café manager chasing after a hot Irish priest, is so addictive 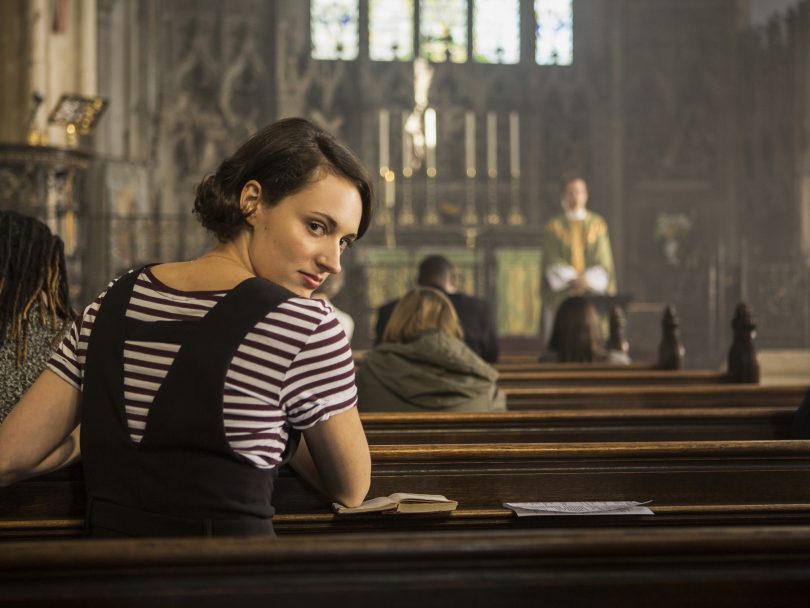 While Game of Thrones was brazenly delivering the most disappointing season of television in recent history (King BRAN?!), the BBC comedy Fleabag was quietly airing one of the best. The show’s second season is a surreal fever dream of awkward sex and poignant family drama, sly self-awareness and guffaw-worthy punchlines. The show comes from the warped, genius mind of Phoebe Waller-Bridge, the 33-year-old actor and writer who’s one of the most exciting women working in showbiz today. Here’s everything you need to know about the second (and possibly final?) batch of episodes, available now on Amazon Prime Video.

So what’s it about, anyway?

Fleabag follows a nameless young café owner in London grieving her best friend, who committed suicide after Fleabag slept with her boyfriend. If that sounds depressing, never fear: Waller-Bridge offsets the gloom with some truly delightful characters—all hail Sian Clifford, who is utterly batty as Fleabag’s type-A sister, Claire—and an endearing tendency to break the fourth wall and make mischievous eyes at the camera. She’ll stop mid-beat, like a millennial Zack Morris, and express her inner monologue so fast you barely notice. In one scene, chatting with a hot dude, she switches rapid-fire between her conversation with him and her conversation with us: “His neck,” she swoons to the camera. “His beautiful neck!”

And why is it called Fleabag?

Waller-Bridge has said that the name of the show is a subtext for the character, who can be abrasive, clumsy and messy. She also admits that Fleabag was a nickname from her family—perhaps a garbled twist on “Phoebe.”

I keep hearing about Phoebe Waller-Bridge. Why is everyone so obsessed with her?

As a performer, Waller-Bridge is warm, hilarious, occasionally heartbreaking. But her true talent is behind the scenes. Waller-Bridge’s brilliant fingerprints are everywhere: she created the excellent cat-and-mouse series Killing Eve, she’s brushing up the script for the next James Bond movie, and she’s working on a new show for HBO called Run—all we know is that it’s a “romantic comedy thriller,” which sounds pretty great.

Will I recognize any other faces in Fleabag?

Does Hilary the guinea pig love cucumber? Of course you will. The show’s biggest supporting star is probably Olivia Colman, who plays Fleabag’s passive-aggressive, kimono-clad stepmother. When the first season aired in 2017, Colman was a beloved but little-known British character actor. In the intervening year, she was cast as Queen Elizabeth on next season of The Crown and WON A DAMN OSCAR for her incredible performance in The Favourite. The supporting cast also includes Fiona Shaw—yes, Harry Potter’s Aunt Petunia—as Fleabag’s therapist, Kristin Scott Thomas as a proudly menopausal power lesbian, and Andrew Scott, who played Benedict Cumberbatch’s nemesis Moriarty on Sherlock, as the Hot Priest.

Wait. Did you say Hot Priest?

That’s right. Season two revolves around Fleabag’s covert and surprisingly sweet romance with a young, hip Irish Catholic priest who’s performing her father’s wedding ceremony. Andrew Scott is a wonderful addition to the cast—he’s a super-babe, yes, but he’s also a huge dork who goes to bed at 9:30 and harbours a serious fear of foxes. And there’s a certain scene in a confessional booth that will go down as one of the sexiest and most subversive TV moments of the year.

This sounds great. Will there be more seasons?

Alas, Waller-Bridge has said this will be the last. But you can always pray to the Hot Priest.