From Their Surprising First Dance To William's 'Naughty' Speech, Here's What Happened At Meghan And Harry's Wedding Receptions And After Parties

The after-after-AFTER party, the speeches and the outfit change that included a tribute to Princess Diana. 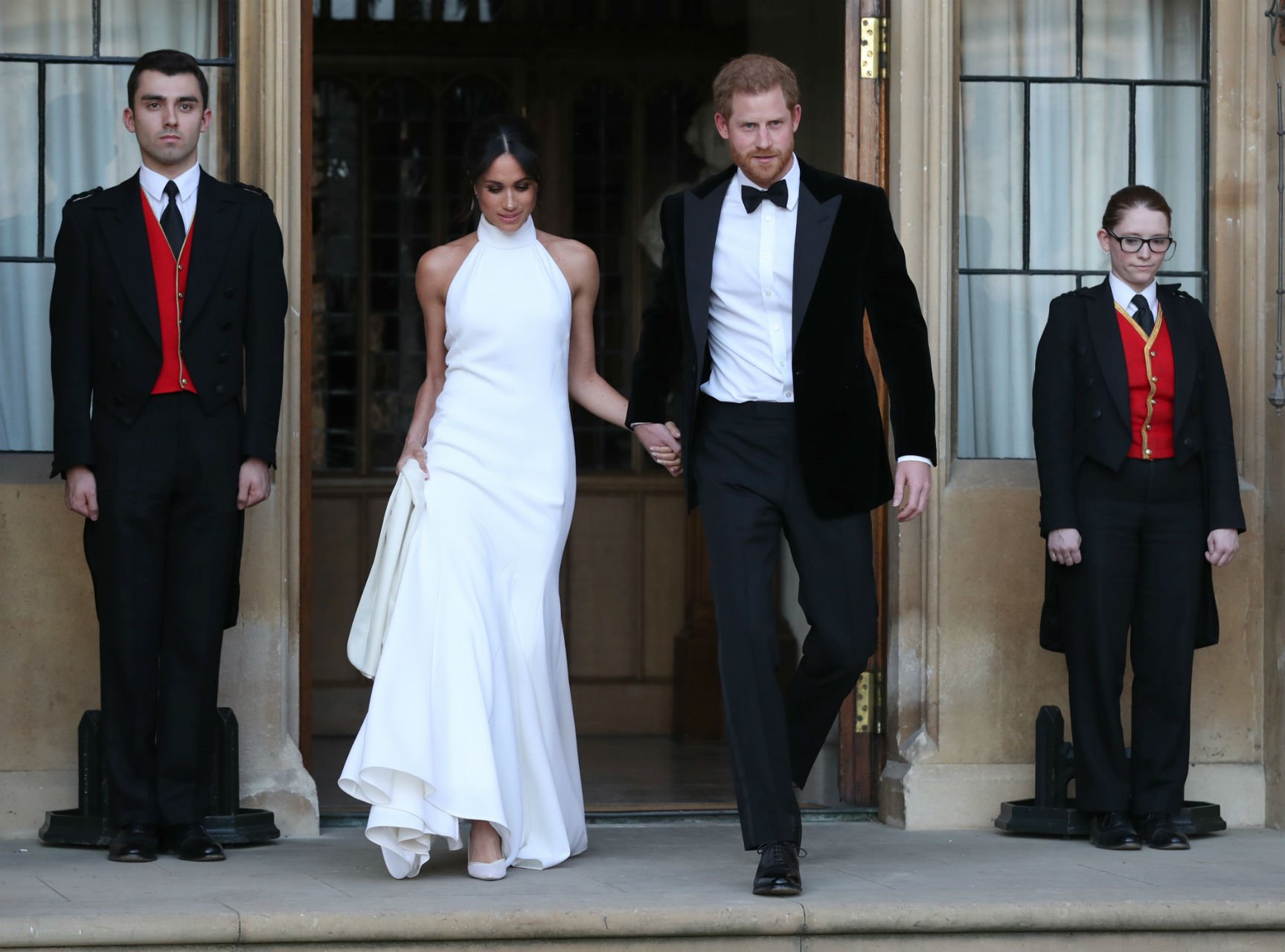 Saturday morning the entire world watched as Prince Harry and Ms. Meghan Markle made it official in their (star-studded!) wedding ceremony at St George’s Chapel. That part of the day was televised, but not so for the receptions that happened behind closed castle doors. So what happened? Who was there? What time did the party go to? And why is the Queen wearing sunglasses this morning?

The answers to these questions and more in our royal wedding after-party explainer below.

Was there an outfit change?

Yes! After the ceremony and lunch that followed, the bride changed out of her (slightly cumbersome?) Givenchy dress into a less formal, more fashion-forward frock by Stella McCartney. The halter neckline was in keeping with the current ’90s trend (too bad she didn’t wear it with combat boots), and her hair was — ding, ding, ding — done up in a Meghan Markle Messy Bun™. Bling-wise, the newly minted Duchess of Sussex removed the Queen’s tiara and put on an antique aquamarine statement ring that belonged to Princess Diana. Meanwhile the dashing groom went from military to man-candy, donning in a classic tux. As for accessories: Harry selected a ’68 Jaguar convertible in silver blue, in which he drove his new wife to the VIP dinner reception at Frogmore House in Windsor. 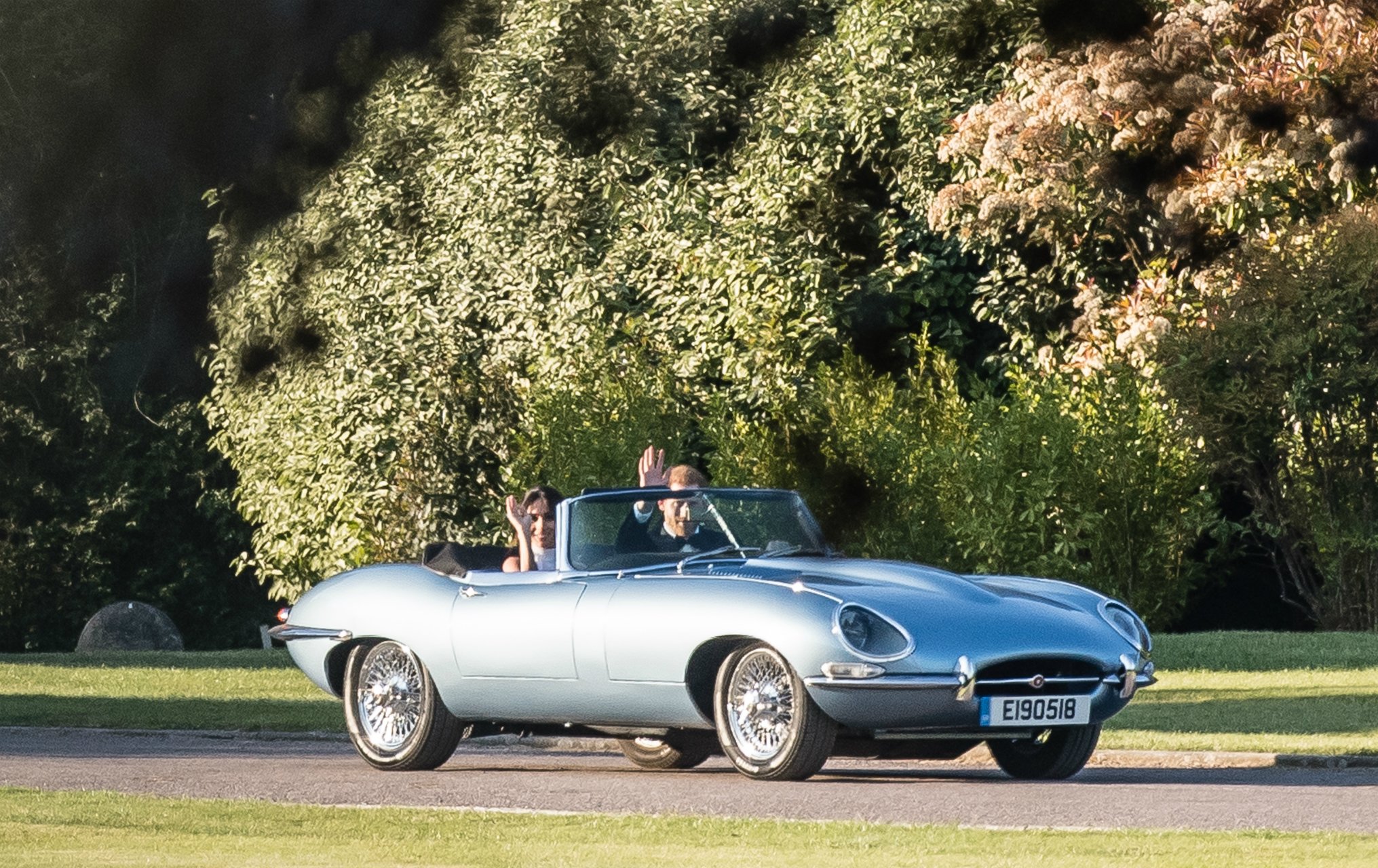 Wait, so there was a royal wedding lunch reception and a dinner reception?

From what we can tell, there was a lunch following the wedding hosted by her Majesty, where all 600 wedding guests enjoyed canapes and a performance by Elton John, who did “Circle of Life.” (The Lion King seems to hold a special place in the hearts of the Windsors, but we digress.) After lunch, things got a lot more exclusive, as only 200 guests were invited to a private dinner reception hosted (and paid for) by Prince Charles at Frogmore House. Note, this was not the last party of the evening, but let’s go in order. Also note, having a larger group at a wedding ceremony and a smaller group at the reception is apparently customary in the U.K. and Europe. Still, it can’t have been easy for the 400 guests who knew they were missing the best part.

Did everyone else change for the dinner reception?

As has become the case at the Oscars and other awards shows, a lot of guests saved their best looks for the after-party. Serena Williams went from fuddy-duddy to floral Valentino. Priyanka Chopra swapped a stiff suit for a sparkly Dior and Jessica Mulroney went from blue bell to sexy disco ball. So far there haven’t been later-in-the-day shots of Kate Middleton, Amal Clooney, Oprah or Victoria Beckham, so it’s unclear if they had second looks. Presumably all the men changed out of their morning suits, for obvious reasons. 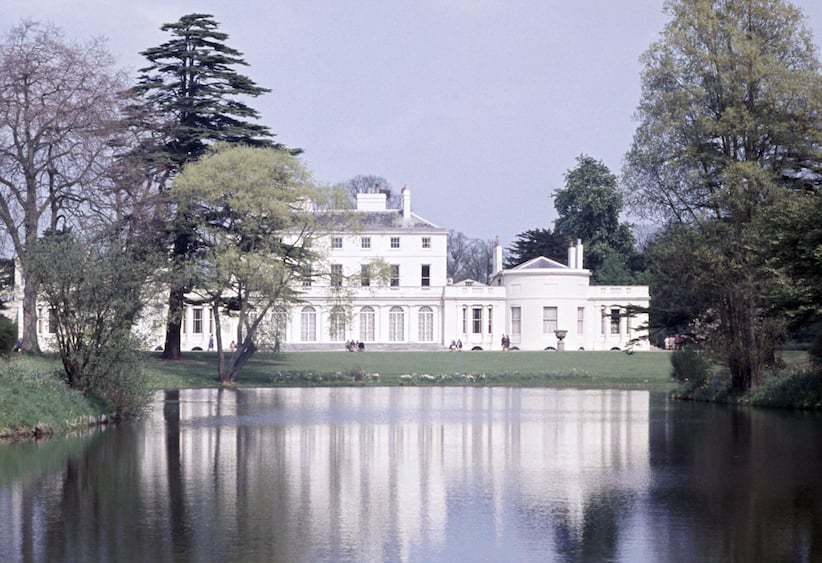 Yes! Per reports in the Daily Mail and the Telegraph, Harry gave a speech where he praised his “wife” for how she has “navigated everything with such grace,” and jokingly promised his fellow Brits that American guests wouldn’t steal any swords. Prince Charles gave a speech in which he reminisced about changing his son’s nappies, while Prince William gave a speech that various wedding sources have described as “naughty,” but that’s all we know (sigh). As for the night’s biggest question: Would Meghan herself speak? Per The U.K. Sun, Meghan did say a few words — thanking her new family and paying tribute to her new husband. No further details, though given that royal brides (and even common brides) often let the guys do the talking, just the fact that she spoke is exceptional. And excellent! 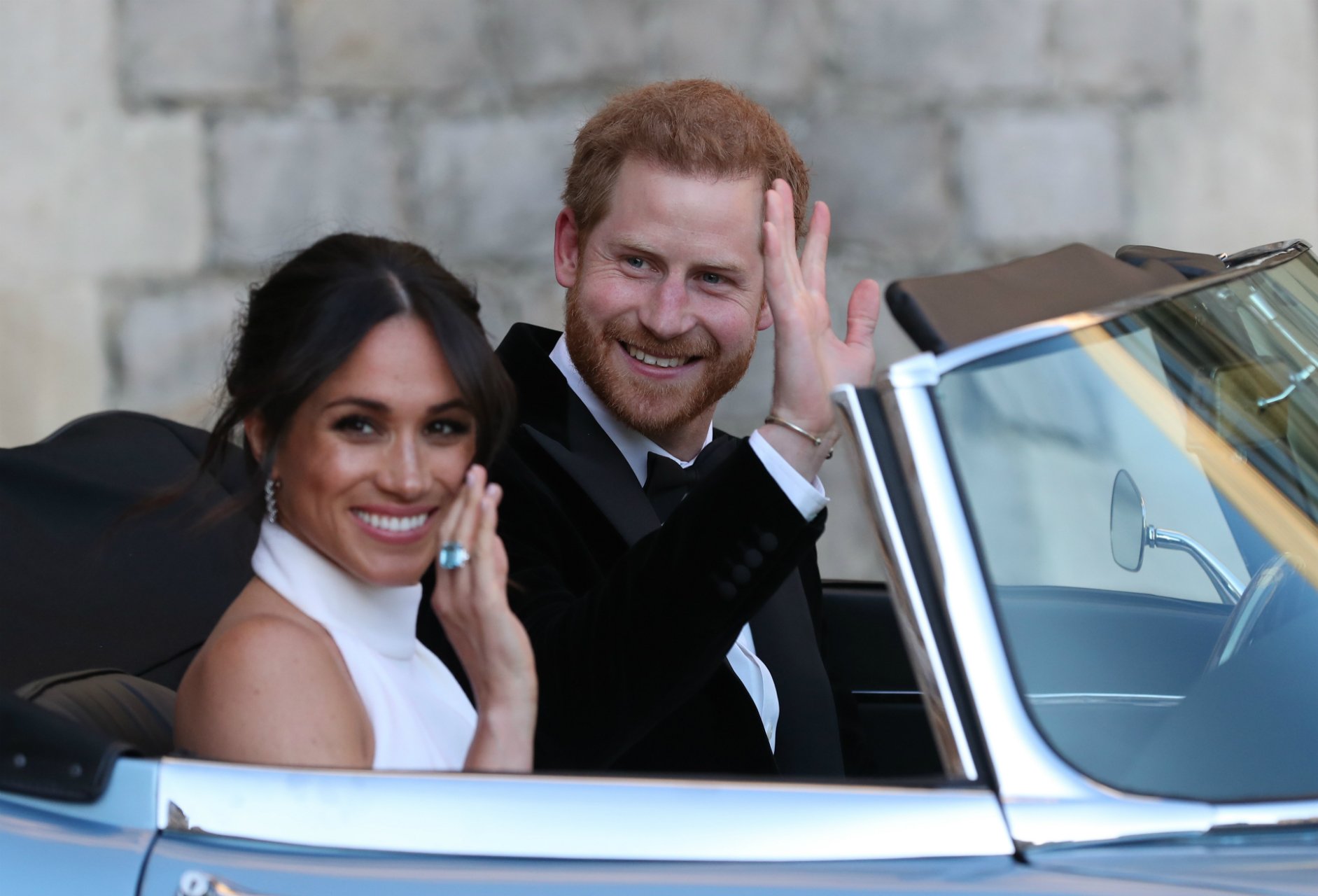 Royal Wedding Fashion: The Good, The Bad And The Bloody Awful!
Sadly, the royal wedding turned out not to be the site of a Spice Girls reunion as had previously been the rumour. So far we know Elton John performed for a second time — this time he gave a mini concert (prompted by Harry, who referenced the piano and then asked: “Does anyone in the room play?”). Later on celebrity DJ Sam Totolee kept guests on the dance floor, apparently instructed by Prince Harry to “avoid cheese.” (So no “YMCA” then?)

What was Meghan and Harry’s first dance?

According to the London Telegraph, the happy couple had their first dance to Whitney Houston’s “I Wanna Dance With Somebody,” which is not one of the pop diva’s classic ballads, but a fast song typically associated with drunken group dance parties (the kind where you can lay down your most embarrassing moves because nobody cares). If it’s true, Harry and Meghan must have some serious moves. 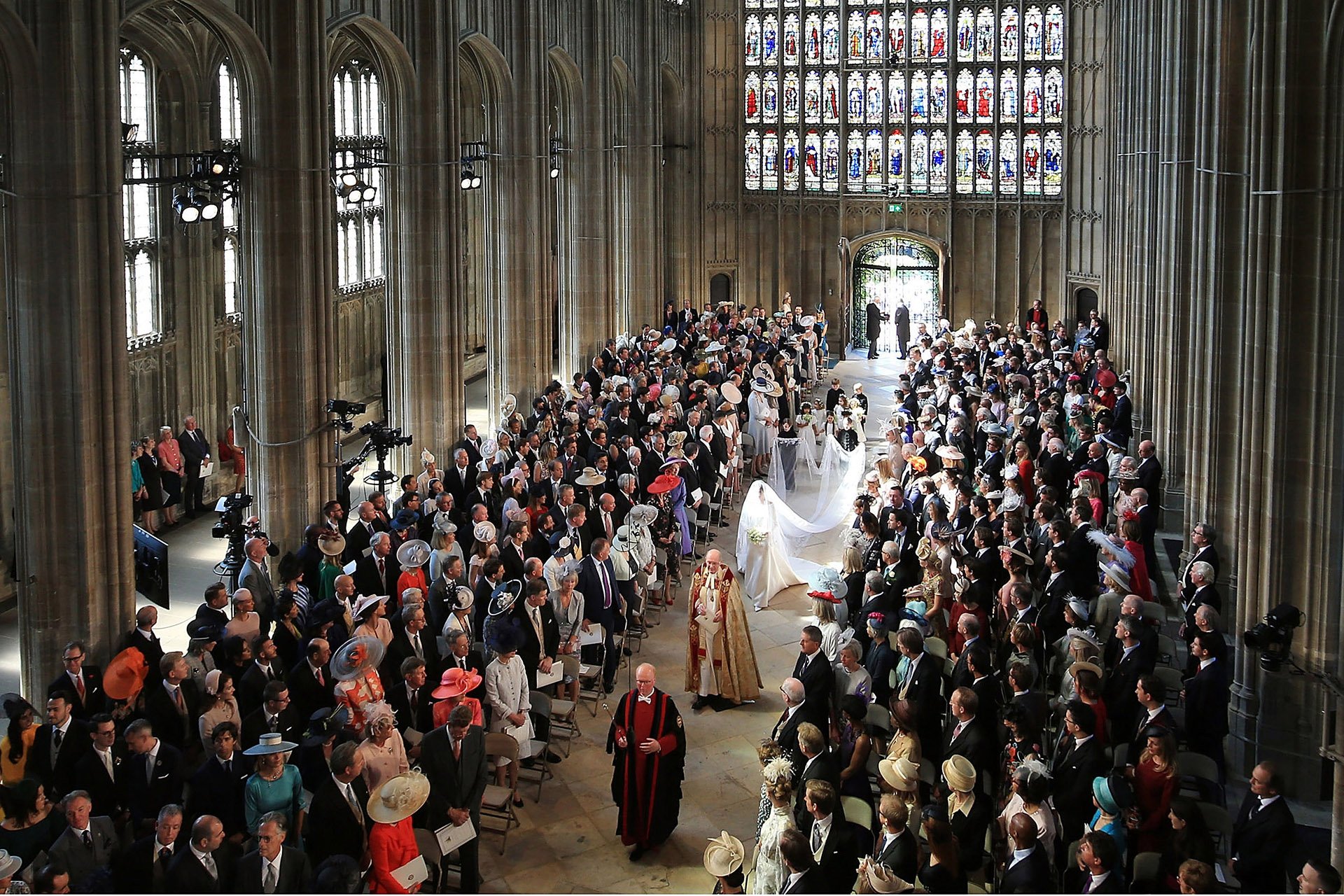 All The Best Photos From Meghan Markle And Prince Harry’s Epic Royal Wedding
Overall, the reception at Frogmore sounded more like a fun party than a serious royal occasion. The menu included a midnight serving of candy floss and “dirty burgers,” there was a signature cocktail that included rum and “ginger” and guests were given a pair of cozy monogrammed slippers — because dancing into the night is no fun in heels. Speaking of dancing…. Per the Daily Mail, George Clooney reigned supreme on the dance floor where he apparently waltzed Meghan (and Kate!) into the night. Oh, and Vanity Fair reports that there were drinking games, including beer pong!

Where is the Queen in all of this?

Presumably munching on a dirty burger while schooling the Americans in beer pong. These images of Her Majesty in sunglasses suggest a few rum and gingers may have been consumed.

What time did things wind down?